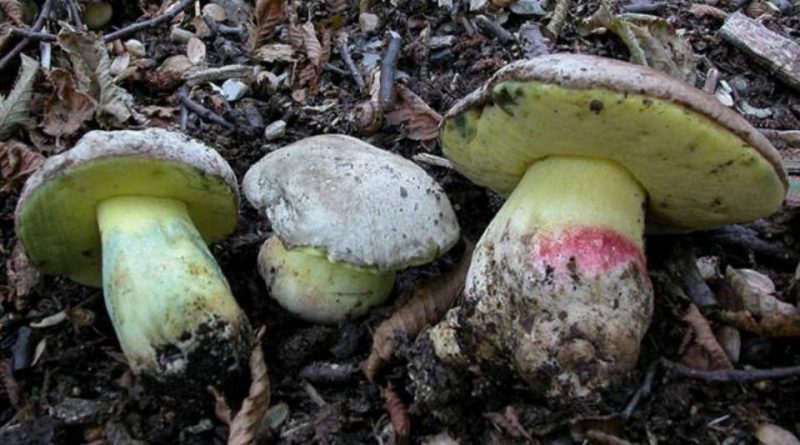 Systematics –
From the systematic point of view it belongs to the Eukaryota Domain, Kingdom Fungi, Basidiomycota Division, Basidiomycetes Class, Order Boletales, Family Boletaceae and then to the Genus Boletus and to the B. fechtneri Species.
The terms are synonyms: Boletus fechtneri Velen. and Boletus appendiculatus var. pallescens Konrad.

Etymology –
The term Boletus is of controversial etymology: according to some it derives from the Greek βωλήτης bolétes, with which the Greeks called a kind of mushroom (from βωλος bólos with the meaning of gleba, clod, bush, because growing among the clods or bushy places); others instead believe that the meaning of βωλος is to be extended to the ball, since the hat of most mushrooms is globose; for other authors it still derives from Bolites name with which the Romans indicated the best edible mushrooms, even if originally referred to only the ova (Amanita cesarea), but soon used to call also porcini. The specific epithet Fechtneri is in honor of the Czech mycologist František Fechtner (1883-1967).

Geographic Distribution and Habitat –
The Butyriboletus fechtneri is a symbiotic mushroom that grows solitary or even in large groups, in the period between summer and early autumn in broadleaf woods (in particular Chestnut, Quercia, Beech) and more rarely near conifers (peccio) , preferring calcareous soils. 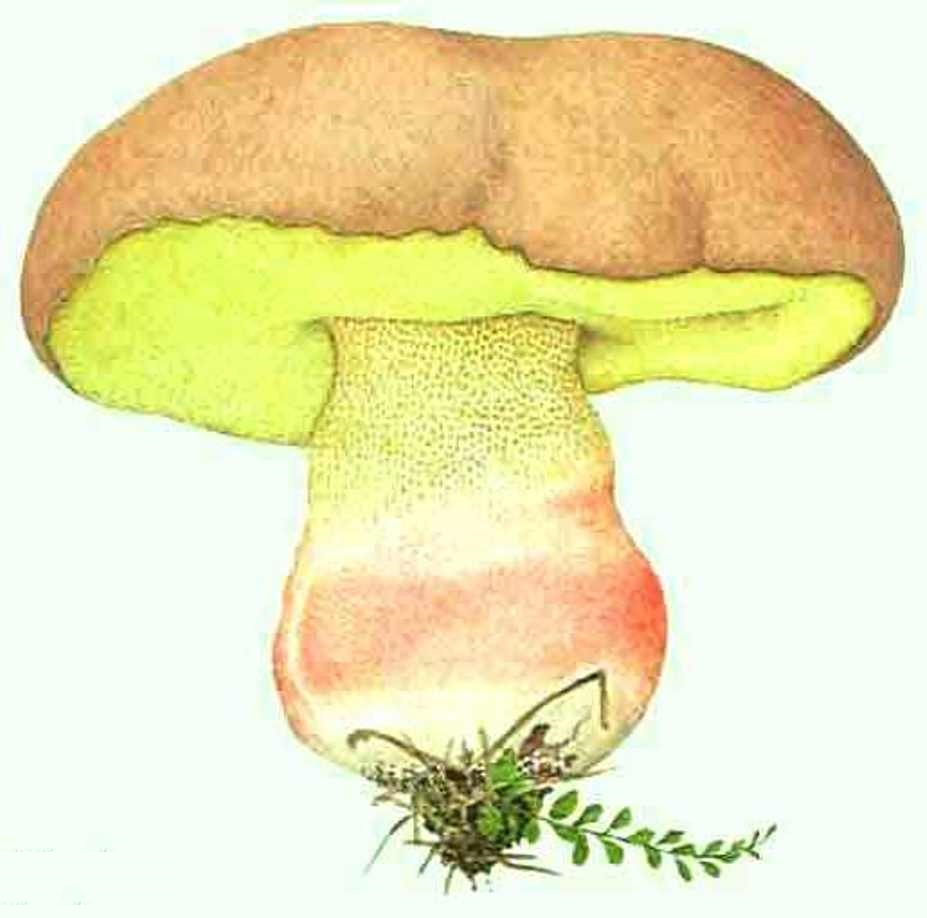 Recognition –
The Butyriboletus fechtneri is recognized for the hat of 10-15 cm diameter, fleshy, first hemispheric and then smoothed, with cuticle first white, then beige, bright, silky, slightly exceeding the tubules; the margin is undulated and the minute, rounded or angular pores, yellow in color, tend to yellow-green-olive when ripe. The tubules are 20-25 mm, attached, yellow, to the touch virano to green-blue. The stem measures 5-10 x 3-6 cm, cylindrical, ventricose or claved, dark yellow, with pink nuances towards the base, adorned with a fine and not very evident reticule. The flesh is firm, then soft, yellow with a bluish color, with pink hues at the base of the stem and with a pleasant smell of hazelnut and grateful taste. Microscopic analysis shows spores of 11.8-13.3 × 4.7-5.6 μm, ellipsoidal, mass brown-olive and tetrasporic basidia.

Cultivation –
The golden-footed Boleto is not a cultivated mushroom.

Uses and Traditions –
Boletus fechtneri was first described by the Czech mycologist Josef Velenovsky. In 2014, the Americans David Arora and Jonathan L. Frank, after molecular analysis of the fungus, moved him to a new kind of Boletales called Butyriboletus. Previously the fungus belonged to the genus Appendiculati. It is a fungus of good edibility, after cooking, like other species belonging to this genus. If consumed raw or undercooked it is toxic and causes vomiting, sweating and dehydration.
This fungus can be confused with other bolete like, like the Boletus appendicolatus, which however has the darker hat and is devoid of the pink nuances on the stem, or with the Boletus subappendiculatus which is another close relative. In both cases, however, there is no problem because both mushrooms are edible.
It is essential, however, not to confuse it with the poisonous Boletus satanas. The latter however has stem and red tubules. Of the satanas there is also a variety with yellow tubules, but they always have some reddish reminder and the stem is always red.
Another fungus with which it can be confused by the less experienced is the Boletus lupinus which is toxic. Even in this case, however, it is a fungus with reddish tubes and even the hair has red shades. Possible confusion can also be made with the Boletus drop pus which is inedible. Boletus fechtneri is often prey to large larvae that affect its consumption. In Tuscany the mushroom is known by the name boar and bull.

Preparation Mode –
The Boletus fechtneri can be consumed only after long cooking and prepared more in the most varied ways.