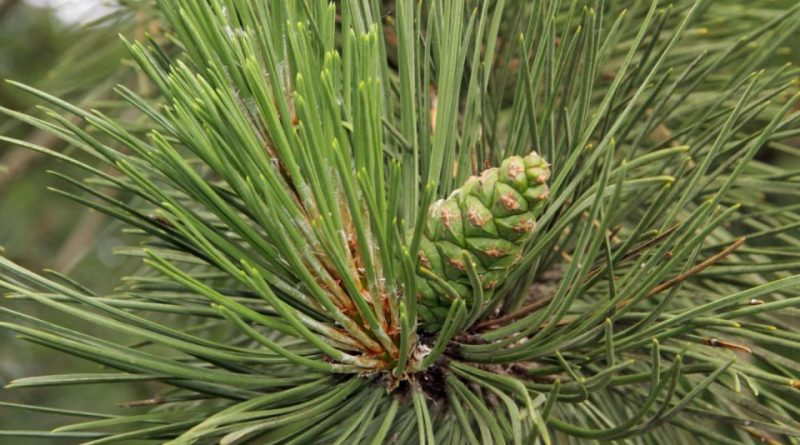 Systematics –
From a systematic point of view it belongs to the Eukaryota Domain, Kingdom Plantae, Pinophyta Division, Pinopsida Class, Pinales Order, Pinaceae Family and therefore to the Pinus Genus and to the P. cembra Species.

Etymology –
The generic term Pinus derives from the Latin name of the pine tree, connected with the Sanskrit pítu resinous, cited by Pliny, Virgil and others. The specific epithet cembra comes from the dialectal name of this plant, that is zembro, then modified into vulgar cembro, or from Cimbri an ancient ethnic minority of the mountainous area between Trento, Vicenza and Verona.

Geographic Distribution and Habitat –
The Swiss pine is a species native to the mountains of central Europe (Alps, Carpathians, Tatras). In Italy we find it in the woods of Trentino-Alto Adige and in some areas of the Western Alps. The Swiss pine can form mixed woods with spruce and less frequently with larch or even pure, particularly prized woods, such as the famous Bosco dell’Alevè della Valle Varaita, in the Cozie Alps. It tolerates cold and windy climates of high altitudes well. It grows from 1200 meters above sea level up to the upper limit of the sub-alpine coniferous forests, finding optimal conditions between 1600 and 2100 m altitude. It is a plant that prefers soils with an acid reaction, but can also live on acidified calcareous substrates or washed out on the surface by the action of rainwater. 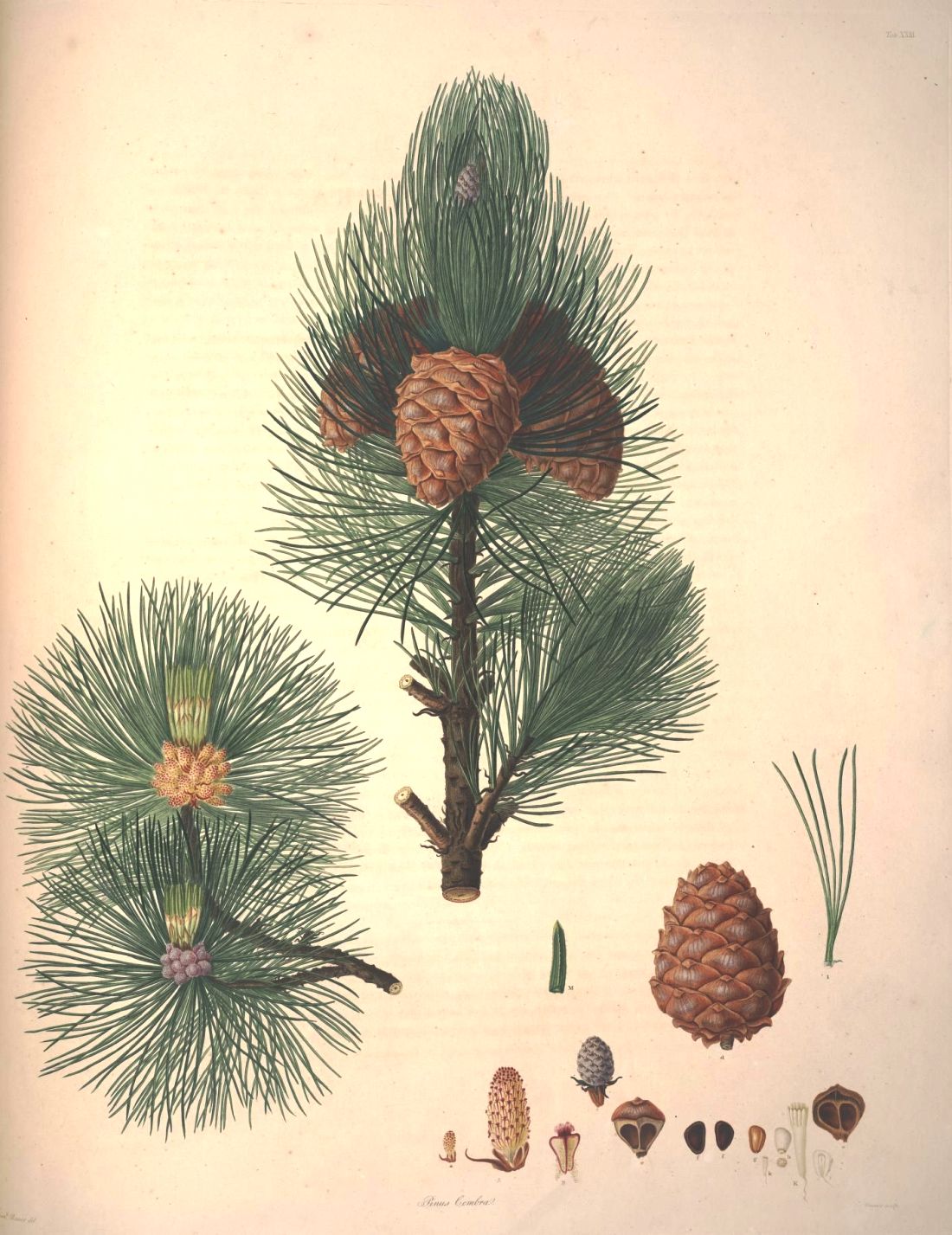 Description –
Pinus cembra is an arboreal species that can reach 20 meters in height, with a compact dark green and slightly glaucous foliage. It has a sturdy trunk, twisted in old trees, with gray-brownish, cracked bark. The leaves are needles inserted in groups of 5 on brachiblasts, with a length of 7-9 cm and a triangular section. The cones appear in summer, on the branches of the year in the upper part of the crown; the masculine ones are yellow and the feminine ones red-violet. After two years of flowering, the pine cones mature and fall with the seeds in the spring of the third year. It is a long-lived species that can reach 500 years of age.

Cultivation –
The Swiss pine is propagated through freshly harvested seeds or late winter. For preserved seeds it is better to pre-seed by 6 weeks of vernalization with stratification at a temperature of 4 ° C. afterwards it is sufficient to let the young seedlings develop, putting them at home as soon as possible, taking care to provide protection from the cold of winter for the first two years of the plant.
As with many other conifers, vegetative propagation is possible but not advisable. It is carried out starting from the single file of needles with its brachiblasto, but the next growth will never be fast. In any case, the Swiss pine is not a conifer with a fast growth.

Uses and Traditions –
Pinus cembra is the only 5 needle pine present spontaneously in Europe. Its wood is very valuable and is used especially for sculptures. It is a soft and easy to work wood used for the construction of furniture and for inlay work, this because the pine wood is soft and light, easily workable, pleasantly aromatic even after some time, and on average resistant. In general it is an ideal wood for carving works such as the wood-covered Tyrolean stoves, trays, cutting boards, plates and small artistic crafts. It dries easily, and it is said to ward off moths and roaches.
In the past, the seeds were an important food resource for mountain populations.
This plant is used in the reforestation of protection and in the interventions of environmental recovery and consolidation of the slope but also in parks as an ornamental species, in particular where the climate is of a temperate-cold type and in particular in gardens with a natural vocation, to attract wildlife wild, thus contributing to the increase of local biodiversity.
This species is distinguished from the Himalayan pine and the strobe pine, which have equally numerous bites, but they have much longer pine cones (15-30 cm) and the needles themselves are longer than 8-16 cm. It has pine nuts similar to the domestic pine with which it can hardly be confused as they occupy very different areas.

Preparation Mode –
In addition to uses for forest, ornamental and ecological purposes, pine nuts from Pinus cembra are edible and, above all in the past, they were used for food preparations, for example the Tyrolean strudel.