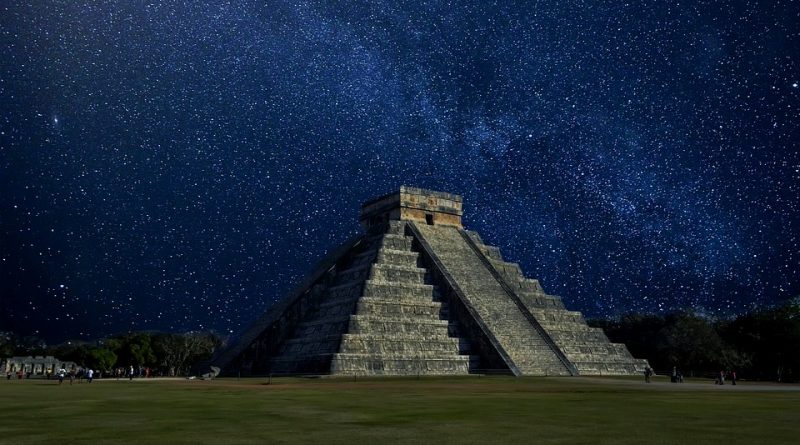 The Mayans and agriculture

The ancient Maya people was a population that settled in Mesoamerica, an area in which he developed a civilization known for art, for architecture, for refined mathematical and astronomical systems, and for writing, the latter unique system known writing fully developed in the pre-Columbian Americas. The settlement area includes today’s Mexican southeast, Guatemala and Belize, as well as western portions of Honduras and El Salvador. This region consists of the plains of the north, which include the Yucatán Peninsula, from the highlands of the Sierra Madre, which extend from the Mexican state of Chiapas to the south of Guatemala and then to El Salvador, and from the southern plains of the Pacific coast. .
The history of the Maya civilization is divided into three main periods: pre-classical, classical, and post-classical, even if modern scholars consider these periods as arbitrary divisions of their history, rather than indicative of cultural evolution or decadence.
Approximately the preclassical period extends between 2000 a.C. and 250 d.C., followed by the classical period, from about 250 d.C. at 950 d.C. and the postclassic from 950 AD in the mid-sixteenth century.
The Maya developed great and advanced agricultural and cultivation techniques, especially if related to the period.
It was during the Preclassic period that this civilization constituted the first settled communities and adopted the first cultivation techniques that formed the basis of their diet; mainly cultivated corn, beans, pumpkins and peppers. The period coincides between 750 a.C. and 500 a.C. which coincided with the construction of large cities that boasted monumental architecture, such as large temples embellished with elaborate stucco facades. In this period the Maya society was clearly divided between elites and ordinary citizens. The ordinary citizens included farmers, servants, workers and slaves.

It was however in the classical period that agriculture had a remarkable evolution. In this period the Maya developed a city civilization centered on intensive agriculture consisting of several independent city-states, although some were subjugated to others. This evolution of society and the exasperated relations between the cities and the surrounding countryside, with their intensive agriculture led to a point of no return. There is evidence that the Maya population overcame the ability of the environment to support its needs; the factors that contributed to this were, among others, the exhaustion of agricultural potential, deforestation and excessive hunting. It seems, inter alia, that climate change has led to a drought lasting over 200 years. All this actually led to the end of the classical period.
This was followed by the post-classical period that coincided with the ruin of the big cities, with the construction of new cities in areas more easily defensible, as hillside locations surrounded by deep ravines, with walls and ditches that completed the protection offered by the natural terrain. All this obviously led, also due to the different environmental, morphological and pedological conditions to a change in cultivation techniques and, consequently, to the relationship between agricultural techniques and civilization. In areas often less fertile and impervious, the specialization of agriculture was not always possible and this probably led this civilization to a long transitional period.
With the arrival of the Spaniards, most of the characteristics of the Maya civilization disappeared.
The Mesoamerican diet based on corn and beans actually continued, even if the agricultural production underwent an improvement thanks to the introduction of steel tools. Traditional crafts such as weaving, ceramics, wickerworking continued to be undertaken, and even commercial activities persisted long after the conquest.
It is important to note how the civilization, customs, beliefs and language of the Maya proved to be resistant to change, despite the vigorous efforts of Catholic missionaries. In fact, as proof, the 260-day Tzolkin ritual calendar continued to be used in modern Mayan communities in the highlands of Guatemala and Chiapas, and millions of speakers of the Mayan language inhabited the territory where their ancestors developed their civilization.
In general the ancient Maya knew different and sophisticated methods for food production. At first it was assumed that they mainly used the technique of shifting cultivation (ie cut and burn), but in fact their techniques were more complex so much so that they resorted to the arrangement of the land, terracing, intensive cultivation, forest gardens and at rest in fallow, fundamental techniques to support the numerous populations that characterized the classical period.
As mentioned, the foods behind the Maya diet were corn, beans and pumpkins.
This diet was integrated with the production, and therefore consumption, of other plants or grown in gardens or gathered in the forest. In Joya de Cerén, following a volcanic eruption, the event allowed to preserve food products that were found in the Mayan houses; among them were peppers, tomatoes, cotton seeds that were probably about to be planted, perhaps for the production of cooking oil.
But the Maya were not limited to producing only large-scale agricultural products; they had developed the cultivation of prestigious crops such as cotton, cocoa and vanilla. Cocoa was particularly popular with the elite society, which consumed chocolate drinks. The cotton was cultivated not only for the production of cooking oils but also for obtaining the fiber with which they obtained a yarn, dyed and worked to produce precious fabrics that were then exchanged.
The complexity of the Maya agriculture was completed in management and breeding. The Maya possessed in fact few domestic animals; the dogs were tamed from 3,000 BC, and the mute duck from the late postclassical period. The ocellated turkeys were unsuitable for domestication, but were reared for fattening. All these animals were used as slaughter animals, while dogs were also used for hunting. It is supposed that the deer were also bred and fattened.
The history of the Maya makes us understand how the events related to agriculture and its techniques are a great teaching even today for our civilization. In their “little” the Maya wrote the stories that we live today in the modern world.