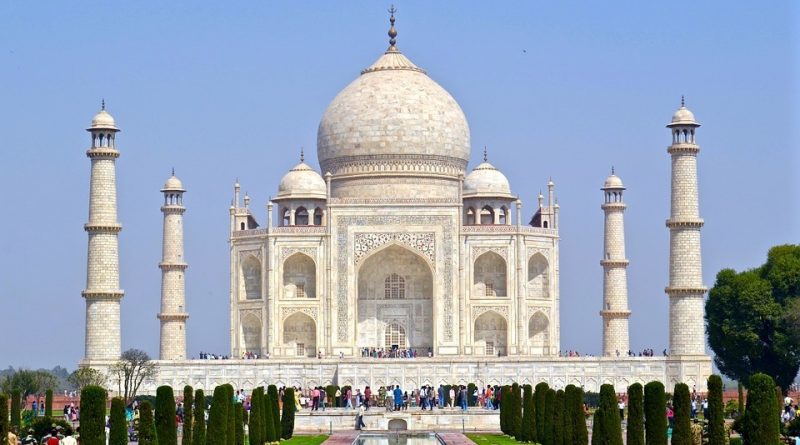 India is a federal state of South Asia, with New Delhi capital. It is the seventh state by geographical extension in the world (3,287,263 km²) and the second by population with 1,335,250,000 inhabitants in 2017.
India is bathed by the Indian Ocean to the south, the Arabian Sea to the west and the Bay of Bengal to the east. It borders Pakistan to the west, China, Nepal and Bhutan to the northeast, Bangladesh and Burma to the east. Separated from the Indian and neighboring ocean we find Sri Lanka to the southeast and the Maldives to the southwest.
The Indian subcontinent is home to a thousand-year history and four great religions of the world (Hinduism, Buddhism, Jainism and Sikhism) that were born here, while Zoroastrianism, Judaism, Christianity and Islam arrived by the 1st millennium AD giving form to the region a great cultural diversity.
Geographically it represents most of the Indian subcontinent, and it is resting on the Indian plate, which in turn is part of the Indo-Australian plate. 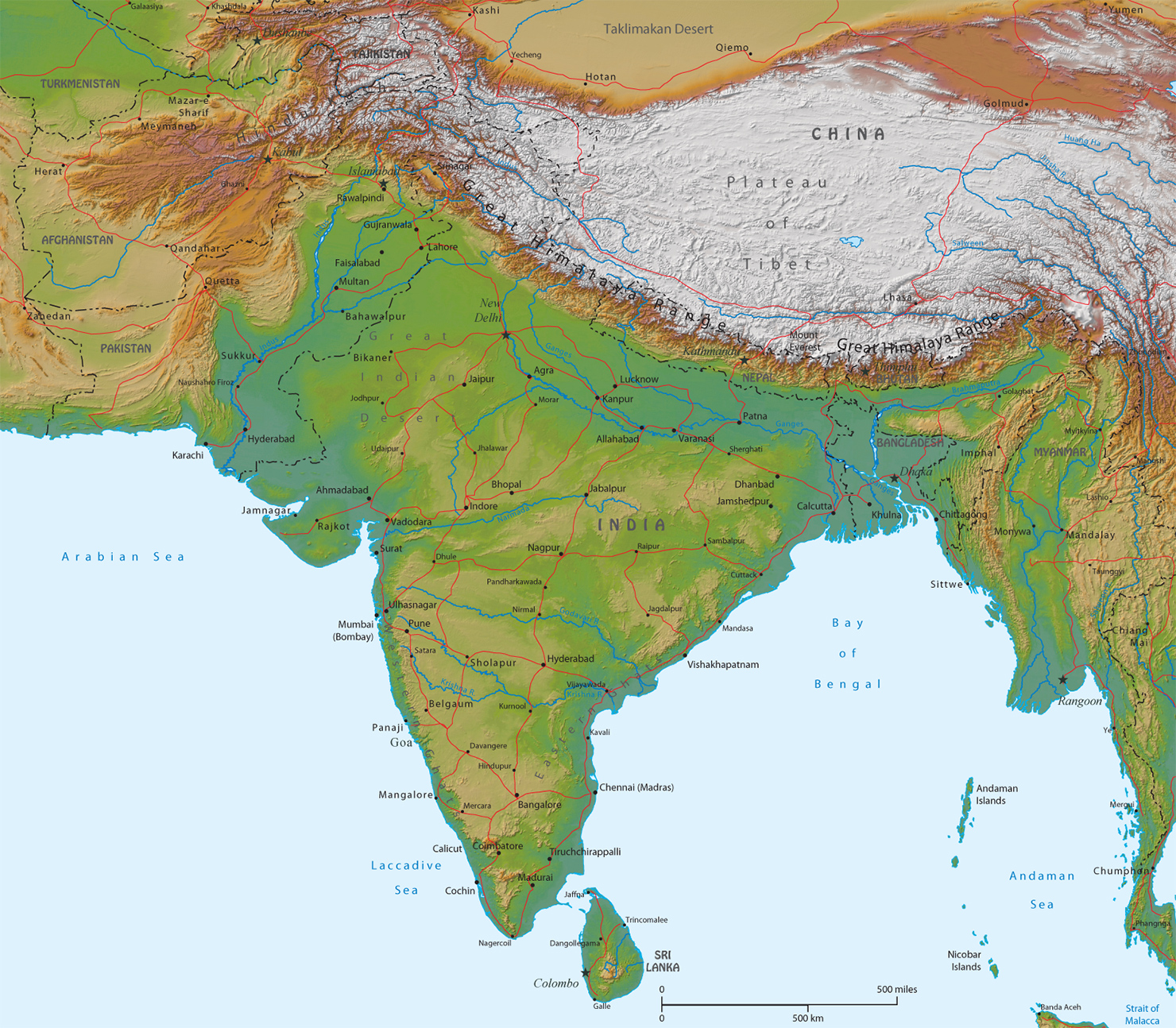 The geography of today’s India derives from geological processes started 75 million years ago, with the drift of the supercontinent Gondwana, which lasted 50 million years, gave shape to the Himalayas, which is the highest mountain range on the planet, which overhangs the India to the north and north-east.
The Indian coast extends for 7,517 km of length; 5,423 km of which run along the peninsula, while 2,094 km belong to the Andaman Islands, Nicobare, and Laccadive.
From the Himalayas the great rivers originate from the north of India, including the Ganges and the Brahmaputra, which are thrown into the Bay of Bengal. The great rivers of India are: the Godavari, the Mahanadi, the Kaveri, and the Krishna, which are thrown into the Bay of Bengal; and the Narmada and the Tapti, which are thrown into the Arabian Sea.
India has two archipelagos: the Laccadivas, coral atolls near the southwestern coast and the Andaman and Nicobaras, of volcanic origin located in the Andaman Sea.
India is characterized by a climate strongly influenced by the Himalayas and the Thar desert, which leads the monsoons. The Himalayas brakes the cold winds of central Asia, keeping most of the subcontinent at a higher temperature than regions located at such latitudes. For its part, the Thar desert plays a key role in attracting the summer monsoon winds, with a high humidity, between June and October, which provides most of the rains during the year. In India we find four large climatic groupings that are: tropical wet, tropical dry, humid subtropical, and mountain.