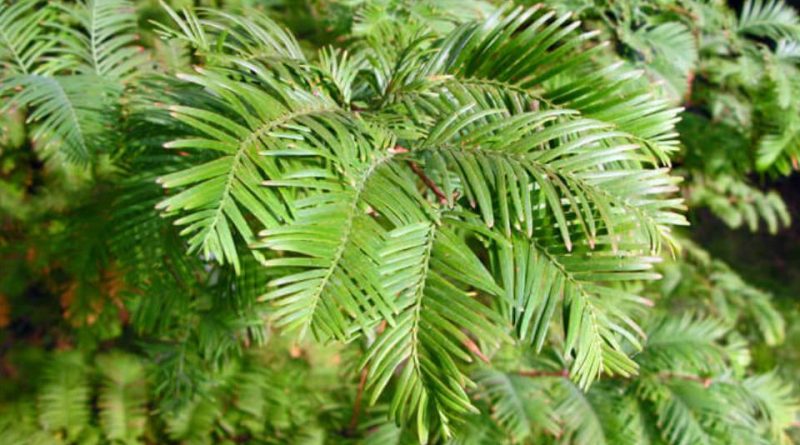 Water spruce (Metasequoia glyptostroboides Hu & Cheng) is a conifer, the only living specimen of the genus Metasequoia, of the Cupressaceae family.

Systematics –
From the systematic point of view it belongs to the Domain Eukaryota, Kingdom Plantae, Subarign Tracheobionta, Superdivisione Spermatophyta, Division Pinophyta, Classe Pinopsida, Order Pinales, Family Taxodiaceae and therefore to the Genus Metasequoia and to the Specie M. glyptostroboides.

Geographic Distribution and Habitat –
The metasequoia glyptostroboides, in its natural state is limited to a small portion of China, in the provinces of Hubei and Sichuan in habitats characterized by ravines and river banks in humid environments with moderate climate on acid and mountain soils, characterized by yellow lands. 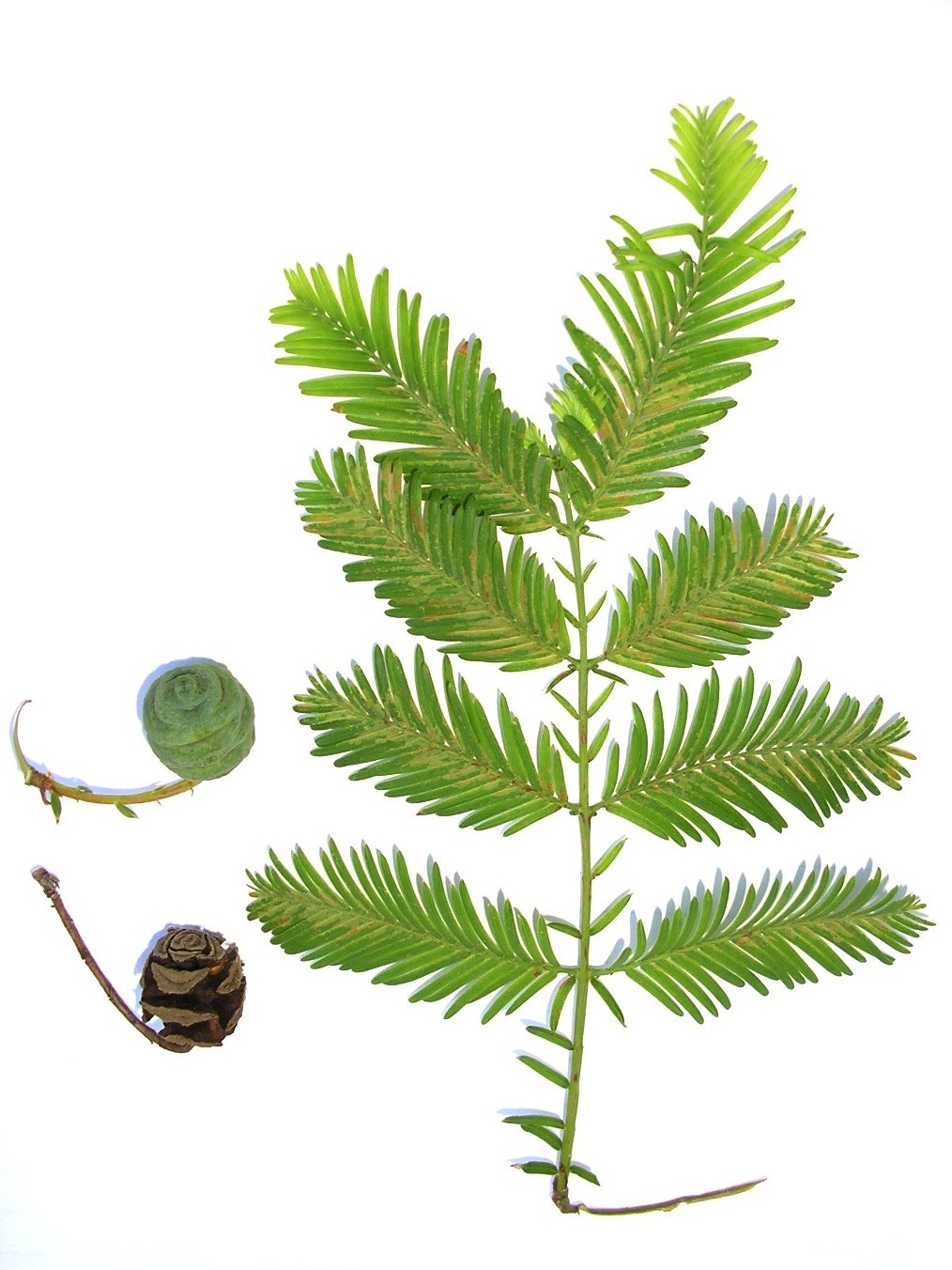 Description –
The Metasequoia glyptostroboides is a deciduous tree that can grow in the area of ​​origin up to 35 m in height. It has a light and pyramidal crown. The trunk is straight, branched at the base and covered with a first smooth and greyish rind, then reddish-brown or tawny that is longitudinally leafed through long paper strips. The leaves are tender, deciduous and flattened needles, up to 4 cm long, opposite and couplet. It is a monoecious plant (the individual flowers are male or female, but both sexes can be found on the same plant) and pollination is anemophilous. The anthesis takes place between February and March and the seeds ripen from October to November. The male cones are yellow, produced in pendulous catkins at the end of the branches; the feminine ones, paired at the end of long peduncles, are greenish and globose. The fruit is a globular, brownish, pendulous galbulo, 2 cm in diameter.

Cultivation –
Water spruce is an easy tree to grow in temperate regions and is now widely planted as an ornamental tree due to its high growth rate. Its rapid growth rate has led to considering the use of the tree in forest plantations. In addition, M. glyptostroboides is resistant up to -32 ° C. It tolerates moist soaked soils; in nature it is adapted to grow in the floodplains. This species tends to suffer without irrigation and in arid climates unless it is planted directly or near a body of water such as a pond or stream; it is also very susceptible to salinity.
Recently it has been discovered that the plant can also be reproduced by cuttings.

Uses and Traditions –
The genus Metasequoia was first described in 1941 by the Japanese paleobotanist S. Miki, based on fossil remains. In the same year another botanist discovered living specimens with the same characters as the fossils described by S. Miki: the new species was called M. glyptostroboides and since then it has been spread in botanical gardens and in nurseries all over the world. Until then this sequoia was known to scholars only for the fossil remains found, and was therefore considered extinct by the Pliocene, that is at least 2 million years ago.
It was in the mid-1940s that a group of botanists ventured into remote areas of the Chinese provinces of Sichuan and Hubei, where they were found about 100 large specimens of Metasequoia, escaped to the attention of Western 19th century botanists.
Unfortunately, when the findings were made, the sites of the Hubei floodplain had already been turned into rice fields at the time. It is likely that at one time it was probably an extensive forest of Metasequoia glyptostroboides. Almost 3000 trunks have been found in the bottom of the valley, ranging from 2 to 8 meters wide at the base; moreover, there are still wooden houses of Metasequoia of 200-300 years and probably go back to the original villages of the valley.
From the rediscovery of this sequoia this tree has become a popular ornamental species in parks and gardens all over the world.
In China the wood of this plant is used; but since the tree is recently introduced and there are few adult specimens, the potential properties of the wood are not yet known.

Preparation Mode –
At the moment there are no particular food or therapeutic uses of this plant.