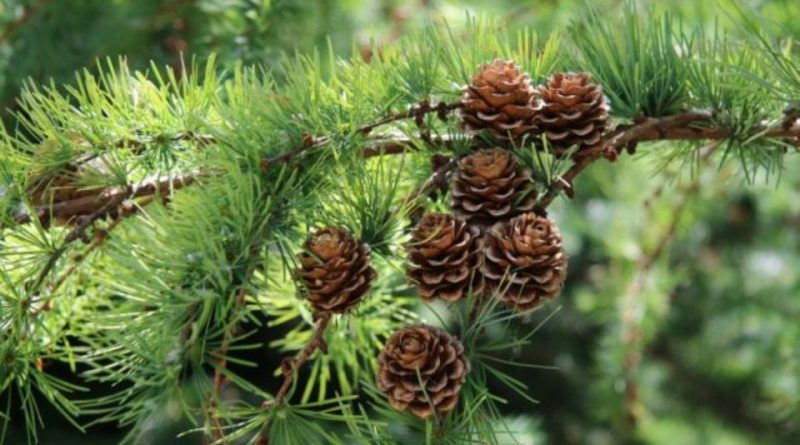 The Larch of Japan (Larix kaempferi (Lamb.) Carrière) is an arboreal species belonging to the Pinaceae family.

Systematics –
From a systematic point of view it belongs to the Domain Eukaryota, Kingdom Plantae, Division Pinophyta, Classe Pinopsida, Order Pinales, Family Pinaceae and therefore to the Genus Larix and to the Specie L. kaempferi.

Etymology –
The term Larix derives from the Latin name of the larch, assonant with the Greek term λᾶρός láros pleasant, referring to the aroma. The specific epithet kaempferi was adopted in honor of the botanist Engelbert Kaempfer (1651-1716).

Geographic Distribution and Habitat –
Larix kaempferi is a plant native to Japan (Island of Honshu), where it is found in large wooded formations mixed with conifers and deciduous trees (oaks, beeches, birches). At the edge of the vegetation often becomes a dwarf plant, looking very attractive. 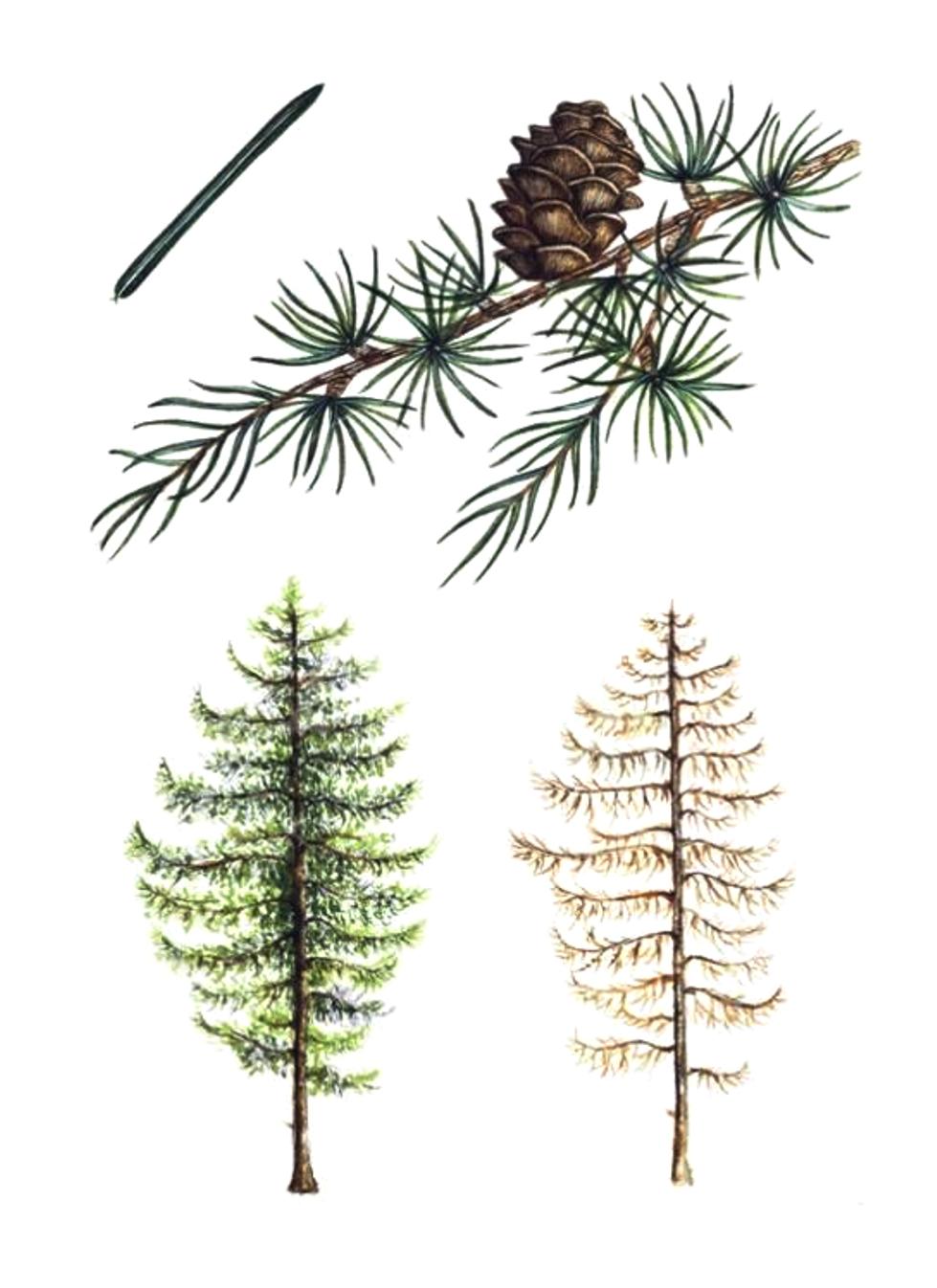 Description –
The Japanese larch is an arboreal species that can reach 35 to 40 m in height, with a straight bear and a bluish-green pyramidal crown, with regular horizontal stages. The trunk has a reddish brown rind with grayish plates and the leaves are soft and flattened needles, of an intense green color above and silvered below. The male cones are yellow and globose of about 1 cm of diameter, while the female ones are larger, erect, red-violet before fertilization and ovoid. The fruit is a globular cone, of brown color when ripe and with rounded scales. Pine cones are persistent on the branches for several years after dissemination.

Cultivation –
The Larix kaempferi grows well in fairly light and deep soils but can also grow on more compact soils, while it does not tolerate pollution and chalky soils. It needs soils with sufficient moisture both of the soil and the air for the whole season, because it does not tolerate summer droughts. It is a plant that needs exposure to the sun, even half-shade, as well as well-ventilated. The cultivars of this plant are propagated by grafting but can easily reproduce also by sowing. The seeds should be buried in autumn and must undergo at least a month of cold temperatures (vernalization) to germinate in the following spring.

Uses and Traditions –
The Larix kaempferi was discovered by the English botanist Charles Maries. It is an introduced and widespread species because it is resistant to larch cancer. The particularity of this tree is that it is very elastic, and can take very strange forms. The Japanese larch has spread to Europe since the nineteenth century, above all as an ornamental plant. In the past few years, up to the ’60s, he was employed in Italy in reforestation on the Alps and the Apennines, also hybridizing it with the European larch.
Japanese larch plays an important role in forest plantations in Japan, especially in the central and northern areas (north of Hokkaidō), and also extensively in northern Europe, particularly in Ireland and Great Britain. This plant has a hard and resistant wood, used in general for construction work. The smaller parts of the larch branches are widely used for fencing.

Preparation Mode –
Larix kaempferi has no other particular uses for food or therapeutic purposes.