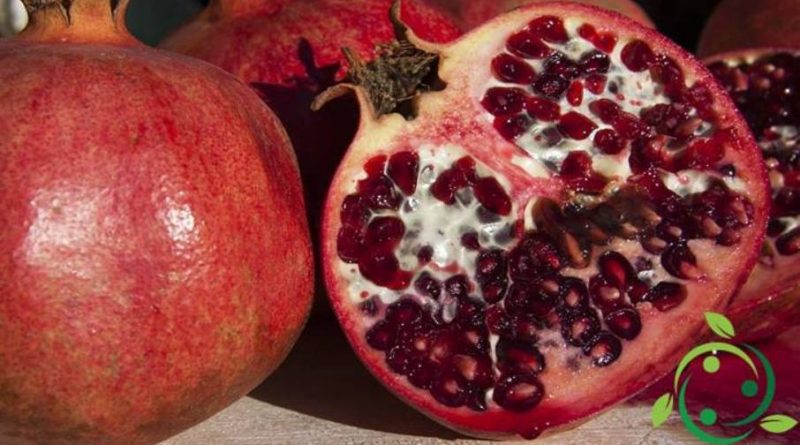 The balaust, in Italian also balaustio or balustrade is a botanical term that derives from the Latin Balaustium (flower of the pomegranate), in turn of Greek derivation βαλαύστιον.
The balaust is a particular type of berry of the pomegranate (Punica granutum L.), commonly called pomegranate, in which the chalice is fixed to the pericarp giving a coriaceous-spongy envelope. In this berry the endocarp is membranous and divided into overlapping lodges, containing the seeds with the fleshy outer tegument.

This modified berry, divided into several sections, has seeds that produce a thick, gelled tegument, which can vary from red to pink to white. The edible part of the fruit is represented by the seeds. the balausta or, commonly, pomegranate matures in autumn.
A curiosity is linked to the Old Testament; some scholars of Jewish theology have assumed that the fruit of the Tree of Life in the Garden of Eden was to be understood in reality as a pomegranate.