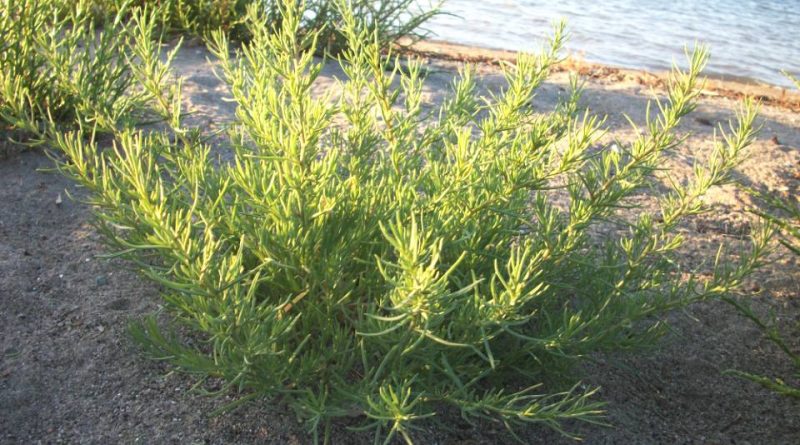 The beard of the friar, also known, beard of the Negus, agretto or riscolo (Salsola soda L.) is a herbaceous species belonging to the family of the Chenopodiaceae.

Systematics –
From the systematic point of view it belongs to the Domain Eukaryota, Kingdom Plantae, Subarrange Tracheobionta, Superdivisione Spermatophyta, Division Magnoliophyta, Class Magnoliopsida, Subclass Caryophyllidae, Order Caryophyllales, Family Chenopodiaceae and then to the Genus Salsola and to the Species S. soda.

Etymology –
The generic term Salsola derives from salsus, salty, referring both to its habitat consisting of marine coasts and other brackish environments, both to its salty taste. The specific epithet of soda is in reference to the soda carbonate content.
The terms beard of the friar and beard of the Negus are due to the long filiform leaves that recall the long beards of the Capuchins and resemble those of the chives, but full. The term agretto owes it to the sour, salty taste.

Geographic Distribution and Habitat –
Salsola soda is a species native to Eurasia and North Africa and is known above all in Italy (especially Sicily) and Spain, where in the past its cultivation was concentrated. This small bright green plant prefers places exposed to sea salt (it is a halophyte plant, and as such requires soils rich in salt) and grows in bushes on the brackish soils of the coastal areas and the salt marshes, the sandy islands that emerge on the surface of the lagoon. It is also widespread on the Atlantic coast of Europe and has also been imported into the United States where it is becoming an invasive species, especially in California’s salt soils, further surveys show that its range is also extending to South America. 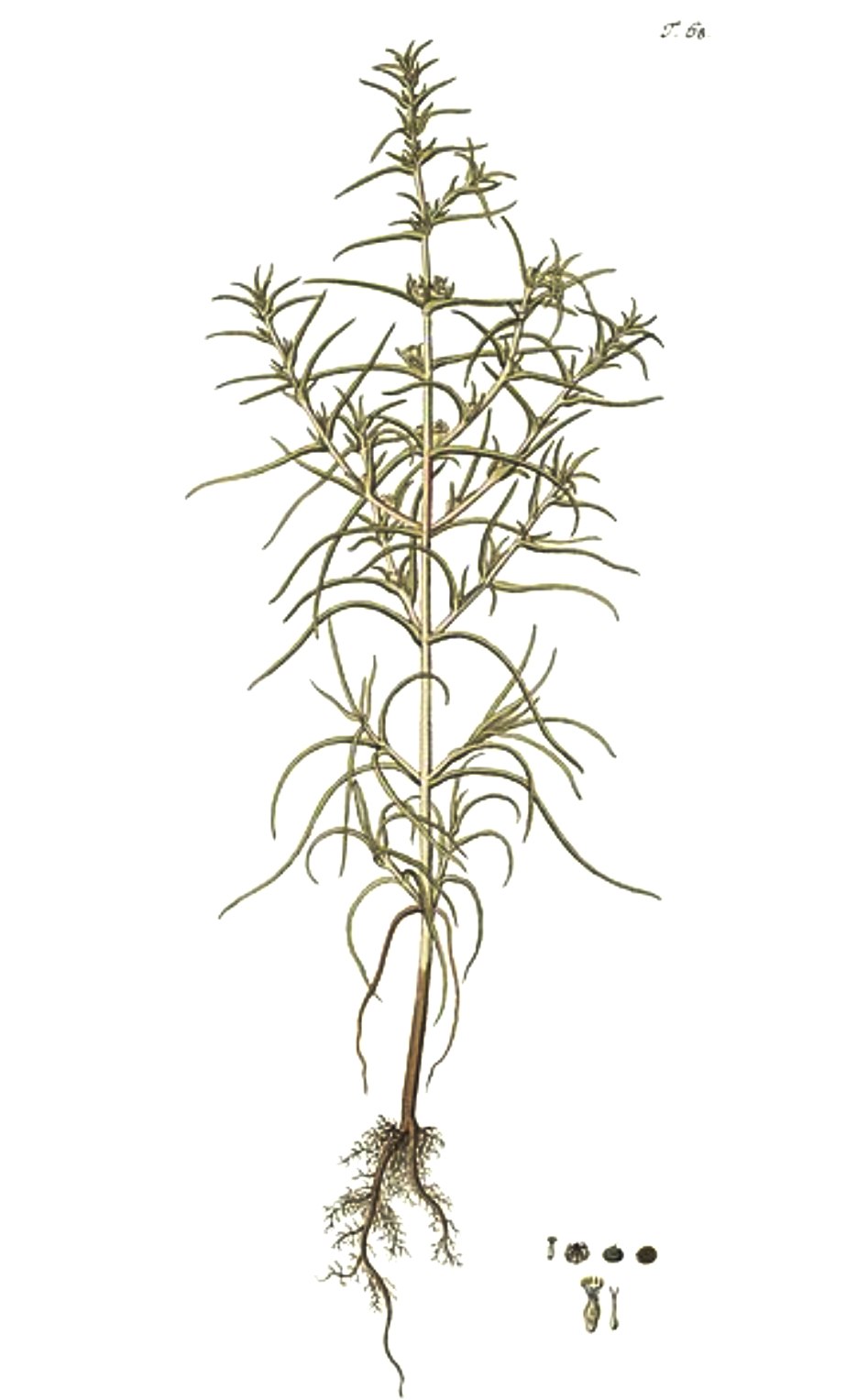 Description –
Salsola soda is a small herbaceous species, which can reach 70 centimeters, annual, with succulent leaves and stem, red in color. It produces small flowers that form inflorescences and that emerge directly from the stem, at the base of the leaves.

Cultivation –
The friar’s beard is sown in a period between the end of winter and the beginning of spring. The sowing is normally broadcast, then providing post-emergence thinning. The harvest is made when the shoots have reached a length of about 20 cm. Its life cycle is annual and is available on the market in the early spring and summer. For the cultivation technique, the following sheet can be consulted.

Uses and Traditions –
The beard of friar takes various names according to the place where it is consumed and / or cultivated. In Tuscany they are called roscani, in Romagna lischi; other names are: fennel, bacicci, monk mustard. In Spain, where it is very cultivated, it is called barrilla.
This plant in the past, as well as in the kitchen, was used as an important source of soda (sodium carbonate) for industrial use until the beginning of the nineteenth century, which was extracted from its ashes after combustion. Subsequently the introduction, at the beginning of the nineteenth century, of new and more convenient production processes of soda, such as the Leblanc process, which allowed it to be obtained from limestone and sulfuric acid, put an end to the industrial use of halophyte plants.
The leaves and stalks of the Salsola soda are edible, especially in young seedlings and sprouts and widely used in cooking. It is a plant cultivated and used above all in the Mediterranean diet, and in particular in Italy and in Spain. The agretti are also common in the Anglo-Saxon kitchen, where it is called with this name.
The agretti are rich of water and of fibers, for which they are of the adjuvants of the diuresis and like regulators of the intestinal regularity, even if, in greater quantities they can result lightly laxatives. They contain vitamin A, C and B vitamins, especially B3. Among the minerals most present are potassium, calcium, magnesium, iron and especially sodium carbonate.

Preparation Mode –
Salsola soda is a widely used and appreciated species in spring seasonal cuisine; It is consumed either boiled or steamed, as a main or complementary ingredient of salads, omelettes, savory pies, pizzas and as a condiment for spaghetti, linguine, trenette and tagliolini but also accompanied by fresh tomatoes, but also dried, anchovies, shrimps, etc. .