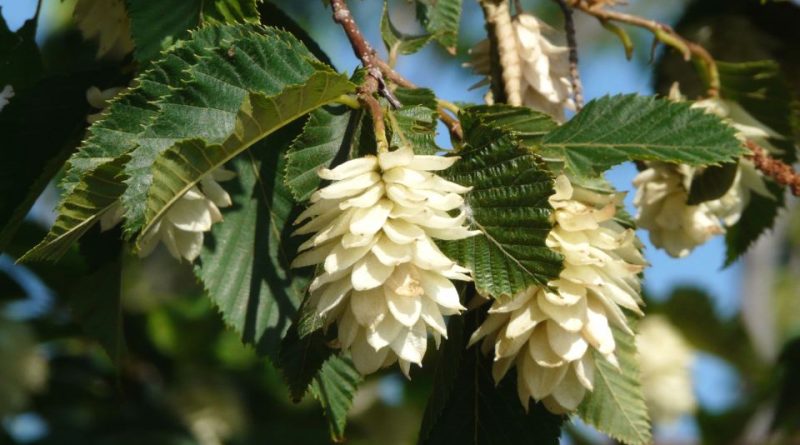 The hornbeam, also called ostria or carpinella (Ostrya carpinifolia Scop.) Is an arboreal species belonging to the family of the Betulaceae.

Systematics –
From the systematic point of view it belongs to the Domain Eukaryota, Kingdom Plantae, Magnoliophyta Division, Magnoliopsida Class, Order Fagales, Family Betulaceae, Subfamily Coryloideae and then to the Genus Ostrya and to the species O. carpinifolia.

Etymology –
The term Ostrya comes from the Greek ὄστρειον óstreion, oyster: in reference to the fruits formed by agglomerated capsules similar to shells. The specific epithet carpinifolia derives from da Carpinus, ie hornbeam, in its turn coming from the Sanskrit kar root, being hard and from the Latin pínus, pine and from folium leaf, ie with hornbeam leaves.

Geographic Distribution and Habitat –
The Ostrya carpinifolia is a plant native to south-eastern Europe and is located in a vast area ranging from southern France, Italy, the Balkans to the Middle East and the Caucasus. it is an area with a center around the Black Sea (steppe continental climate with cold winters, hot summers and always very poor rainfall). It is a species that has a high ecological adaptability. In Italy it is present, with about 800,000 hectares, mainly in association with oak and oak woods, in the central-eastern pre-alpine area and in the peninsular area (from the northern Apennines to Calabria), with sporadic presence in the major islands and ‘Elba island. 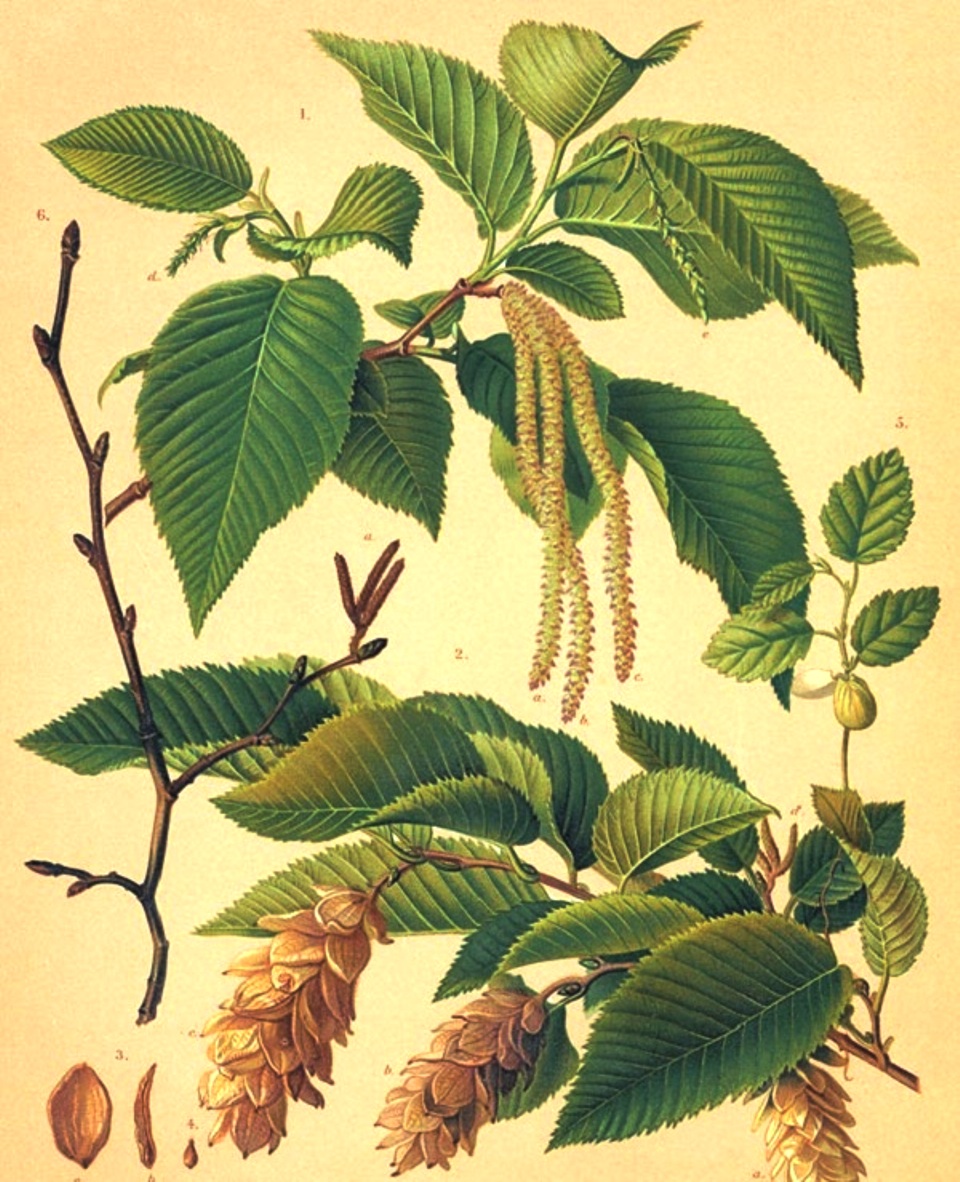 Description –
The hornbeam is a tree up to 15 meters high with light pyramidal foliage and light green color, with horizontal boxes. The trunk is straight, sometimes polyconic, with brown bark, wrinkled and cracked in small rectangular plates. It has deciduous leaves, alternate, petiolate, with ovate lamina, apex acuminate and rounded basal part, double serration. The secondary ribs are parallel. The male inflorescences (catkins) are up to 10 cm long while the female ones (ears) are shorter. The antesis is in the period of April-May. Each female flower is surrounded by a bract that, after fertilization, grows larger and closes up to itself, including the pericarp. This light bag facilitates the flight of the fruit and protects the seed during the early stages of germination. The compound fruit is an achenocono, consisting of 6-20 indehiscent fruit, in a pendular structure similar to a cone, of 3-8 cm. Frutticini are small achenes (nuculas) of 2-4 mm, closed in whitish bracts, then reddish brown, ovoid or ellipsoid, striated longitudinally, brownish.

Cultivation –
The Ostrya carpinifolia is a plant that needs a long vegetative period and in Italy grows up to 1000-1200 m s.l.m. and in the peninsular hilly areas it occupies above all the northern slopes. As for the water needs these are superior to those of the oak and prefers calcareous and marly soils, fears water stagnation, and can not stand the soils too clayey.

Uses and Traditions –
The black hornbeam is a rustic essence, resistant to drought and fires; it grows on all types of land, easily emits suckers and once, governed by coppice, it was widely used for coal production. The compact wood, red-brown and hardy, once served for the construction of the spokes of the wheels and of agricultural tools, even if difficult to work due to the presence of many irregular fibers.
In recent years it has also been re-evaluated as an essence of landscape interest, also due to its limited substratum requirements and it is also used to form hedges and road trees, also due to its high pollon capacity.

Preparation Mode –
The leaves of the hornbeam being rich in tannin have astringent properties while the bristles of the female inflorescence are irritating to the skin.