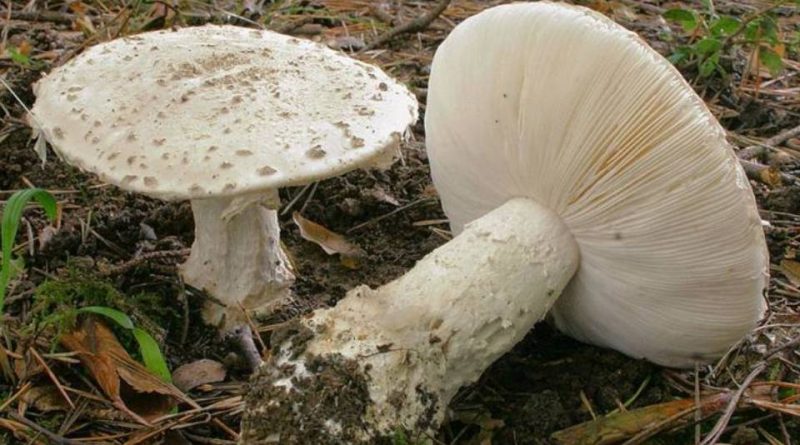 Systematics –
From the systematic point of view it belongs to the Domain Eukaryota, Kingdom Fungi, Basidiomycota Division, Class Basidiomycetes, Order Agaricales, Family Amanitaceae and then to the Genus Amanita and to the Species A. strobiliformis.

Etymology –
The generic term Amanita derives from the name of Mount Amanos of Asian Turkey or from the Greek ἀμᾱνῖται amanítai, appellative given by the ancient Greeks to mushrooms in general. The specific epithet strobiliformis comes from stróbilus, spinning, melted, of shape and appearance and semblance with a pinecone.

Geographic Distribution and Habitat –
Amanita strobiliformis is a fungus we can find in the period from summer to early autumn; we can find it in isolated specimens, never gregarious; its traditional habitat is in thin-leaved woods and meadows. 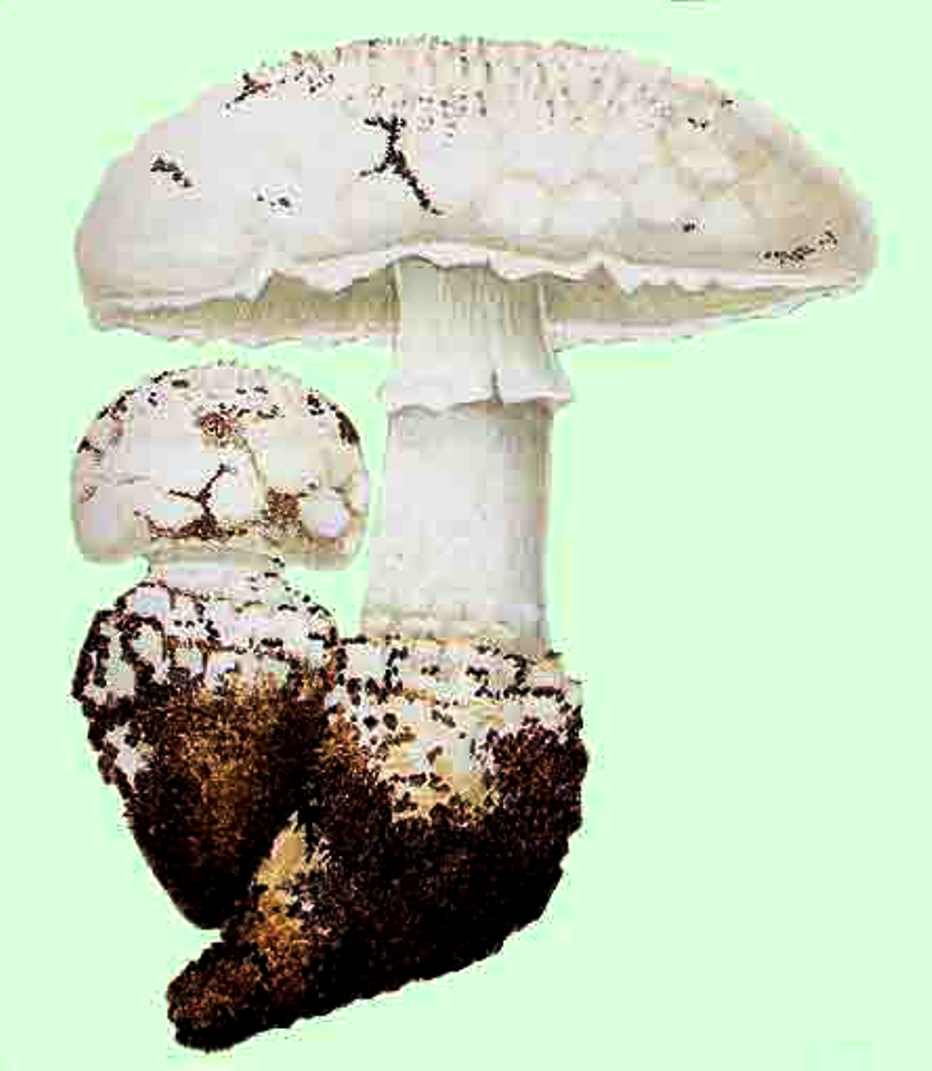 Recognition –
The Amanita strobiliformis is recognized for having a hat of 6-18 cm in diameter, with a sub-spherical shape to the floor, with white or creamy white cuticle, with numerous warts, large, pyramid-shaped, white and then grayish, easily removable . The lamellae are dense, white in color, free at the stem, with flocculose thread. The stem is 6-25 x 1.5-3.5 cm, also of white color, almost cylindrical, sometimes very long, covered with floury, bulbous scales, with a pseudoradice deeply infixed in the ground. The volva is adherent and caducous and the meat is white and immutable, with a light, pleasant smell that, according to some, recalls the “clean linen”, with a pleasant, light and mediocre taste in the cuticle of the hat. Microscopic analysis shows spores of 9-12 x 6-8 μm, ellipsoidal, white in mass, smooth, amyloid.

Cultivation –
The Amanita strobiliformis is not a cultivated mushroom, nor is it, due to its characteristics, of particular interest.

Uses and Traditions –
This mushroom, in general, is classified as edible as long as it is deprived of the cuticle which has an unpleasant taste. However, it is not recommended to use food to avoid confusion with similar toxic amanites and also because the amanita strobiliformis (such as Amanita muscaria and Amanita pantherina) contains ibotenic acid and muscimol. In combination with muscimol, ibotenic acid is a neurotoxin that can cause brain injury. In many sources it is said that the fungus is harmless, but its edibility is however to be considered doubtful and uncertain, so you have to be very careful before consuming this fungus. As with many other fungi and plants in general, toxin levels may vary depending on growth conditions, which in turn may explain differences in edibility assessment.

Preparation Mode –
Although this fungus has been consumed, depriving it of the cuticle, its use is not recommended for possible confusions with similar toxic fungi.