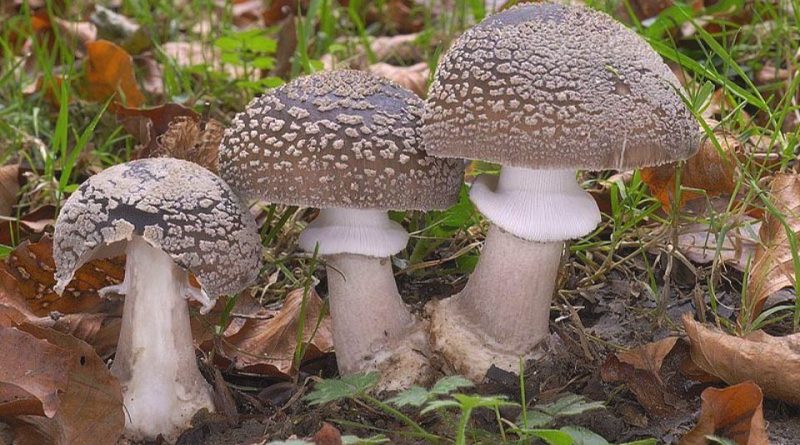 Systematics –
From the systematic point of view it belongs to the Domain Eukaryota, Kingdom Fungi, Basidiomycota Division, Class Basidiomycetes, Order Agaricales, Family Amanitaceae and then to the Genus Amanita and to the Species A. spissa.
The terms are synonyms: Amanita excelsa var. spissa (Fr.) Neville & Poumarat 2004, Amanita cinerea, Amanita larga, Agaricus spissus.

Etymology –
The term Amanita derives from the name of Mount Amanos of Asian Turkey or from the Greek ἀμᾱνῖται amanítai, an appellation given by the ancient Greeks to mushrooms in general. The specific spitting epithet comes from thick, due to its massive size.

Geographic Distribution and Habitat –
The Amanita spissa is a fungus that grows in deciduous and coniferous woods, in summer-autumn, especially on acid soils. 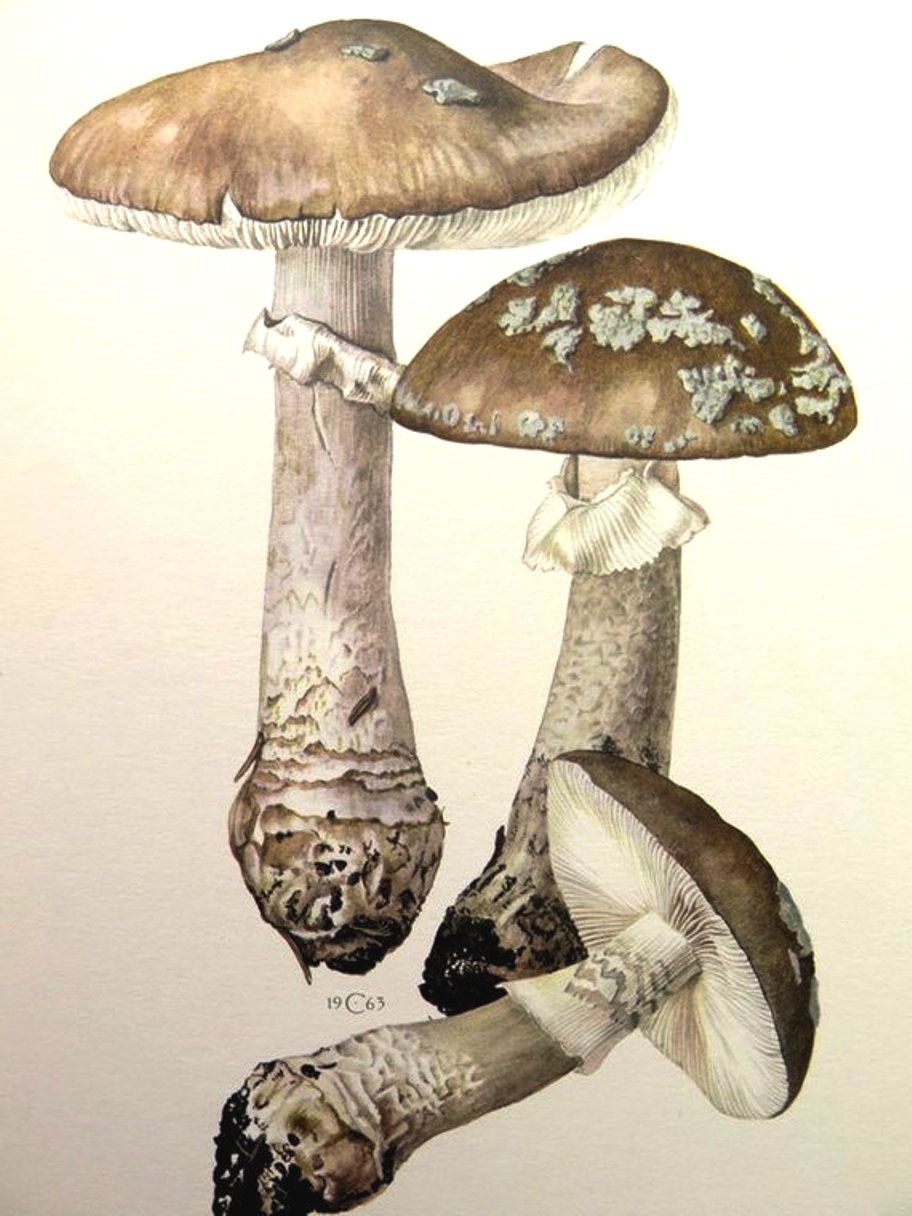 Recognition –
It is recognized from having a hat 6-12 cm in diameter, first hemispheric, then convex and finally flattened, fleshy, glabrous, slightly sticky with wet weather, with cuticle covered with white or grayish-white warts, sometimes absent, arranged inordinately ; the margin is not streaked, often hanging with a cast and uniform greyish color. The lamellae are white, dense, thin, attenuated to the stem or decurrent with a tooth, intercalated by lamellule. The stem is 10-16 x 1.4-3.5 cm, whitish, coarse, attenuated at the apex, streaked above the ring, scaly, ending in a napiform bulb with concentric circles of flakes, first full then bambagioso. The ring, also whitish is broad, consistent, streaked on the upper page, located in the median or sopramediana area of ​​the stem. The volva, of whitish coloring is friable, fragmented in irregular plates and little distinguishable from the basal root bulb of the stem. The flesh of this mushroom is of unchanging and consistent white color, with an insignificant, slightly unpleasant odor and a sweet taste. Microscopic analysis shows mass white spores, ellipsoidal or subovoidal, 8.4-9 x 5.5-7.2 μm, amyloid, hyaline. The basidia are tetrasporic, clavate 50-55 x 9-10 μm.

Cultivation –
Mushroom on which it does not seem to have been attempted any type of cultivation even for its edibility of low value, to be consumed after cooking and with an unpleasant taste.

Uses and Traditions –
The collection of Amanita spissa is strongly discouraged as it is a fungus that can be consumed only after cooking and, moreover, has an unpleasant taste and is easily confused with the venomous Amanita pantherina.
This fungus can be in fact used, both with Amanita pantherina, which stands out for its grayish warts, for the different shape of the volva, for the smooth edge of the cap and for the amyloid spores, and with the Amanita franchetii which has on the hat yellowish warts, it is darker and has a less robust size.
It is an entity much discussed as some authors consider it a taxonomically autonomous species for a set of peculiar characteristics that presents and not a simple variety. It has many similarities with other entities such as: Amanita excelsa var. excelsa (Fr.: Fr.) Bertill. and Amanita valid Bertill. and widespread similarities with other taxa belonging to the same Gender.

Preparation Mode –
For the above reasons, even if edible after careful cooking, the collection is not recommended.