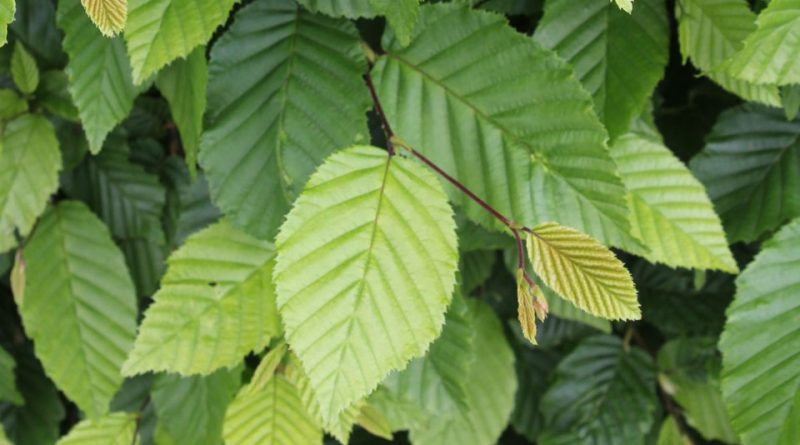 The Common hornbeam (Carpinus betulus L., 1753) is an arboreal species belonging to the Betulaceae family.

Etymology –
The term Carpinus comes from the Sanskrit root kar, being hard and from the Latin pínus pino. The specific epithet betulus derives from Betula, a term coined by Linnaeus for a presumed resemblance to the birch.

Geographic Distribution and Habitat –
Carpinus betulus is a species native to southern and eastern Europe and some Asian regions and has a wide distribution in central Europe with limits to the Pyrenees and Wales. In Italy it is frequently found on the mountain horizon up to 900-1000 m. where it constitutes the mesophile forests together with the deciduous oaks and the beech. At lower altitudes it is found together with the Farnia to constitute the planizial forests up to be present in the coldest and humid areas of the Po Valley. It is not present in the islands. 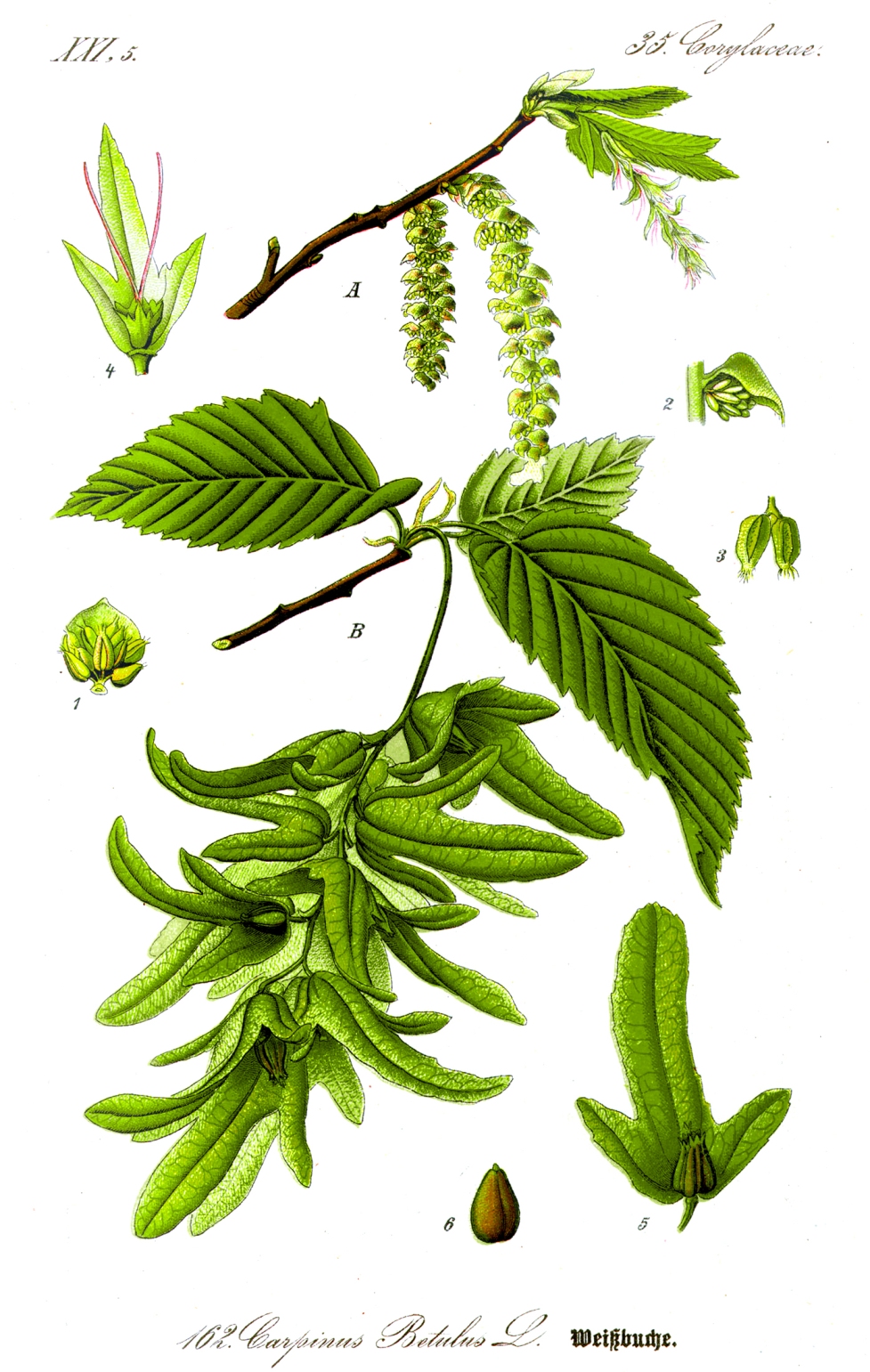 Description –
The Common hornbeam is a tree that can reach 25 meters in height with dark green, compact and horizontal stages. The trunk is straight, ribbed, with a thin, smooth and dark gray bark. The deciduous leaves, ovate, toothed margin, with alternating insertion, up to 10 cm long. The flowers are unisexual with the male ones in catkins and the female ones in spikes. The infructescences are pedunculated, brownish, formed by winged achenes with a large triloba wing.

Cultivation –
Carpinus betulus is a species that can grow in shaded areas and with relatively high temperatures, but it is demanding in terms of soil, in fact it has a preference for soil that is deep and fairly calcareous: it does not have great fertility requirements. However, it bears a too compact soil, as well as a too high persistent humidity. It is a plant that improves soil and has a remarkable capacity for pollon. The sowing must be carried out in September, in the nursery, and then transplanted at the arrival of the following autumn, still in the nursery. The seedlings must then be cultivated for a period that will last from three or four years before proceeding with the final planting. The plants will then be placed at home 40 centimeters away from each other or alternated in two rows with 25 centimeters of distance, with the foresight to always keep 40 centimeters among the plants that belong to the same row. In July it will be time to fine-tune the young subjects, then move on to a more abundant pruning in the following month, when the plant will have gained more vigor.

Uses and Traditions –
According to a legend the town of Carpi would take its name from this plant. It seems that Astolfo, king of the Lombards, used to go hunting with his faithful falcon. One day he threw his hawk, but soon the animal disappeared into the woods. He looked for him everywhere, but without success. He decided, then, to make a vow: if he had found it he would have founded a city and a church dedicated to the Madonna. After extensive research he saw him perched on the hornbeam tree branch. It was then that the king decided that he would call the town Carpi, from the name of the tree and there he would build the parish church of Santa Maria in Arce, known as La Sagra.
The white hornbeam has a very heavy and compact wood that can be used as fuel (has a high calorific value) while in the past it was used for the construction of agricultural tools. The wood is undifferentiated, with a white-gray color, hard and heavy, with a thick twisted grain, with a density of 800 kg / m3, Brinell hardness of 12 N / mm2. Unfortunately, it breaks very hard due to the wavy behavior of the fibers and, moreover, drying is very difficult due to the strong shrinkage. With the hornbeam you can make small objects such as skittles, chess, spokes of wheels or gears and components of musical instruments: it is used in the mechanics of pianos and percussion sticks.
This plant is used as a species of forest interest; appreciated also as ornamental essence and of landscape interest because it is rustic and adaptable to various environments. It adapts well to the realization of hedges for resistance to chisels and thick foliage. In the past, the leaves were used as fodder.

Preparation Mode –
The Common hornbeam, in addition to the forest, ornamental uses and the use of its wood has no other food or phytotherapeutic uses.