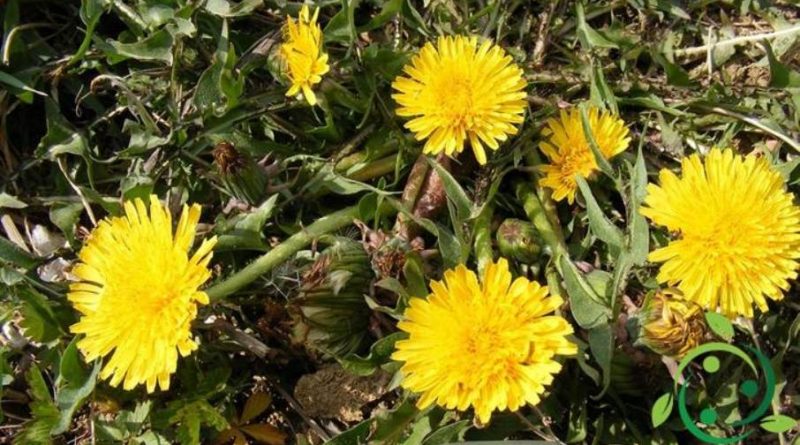 How to grow dandelion

The common taràssaco (Taraxacum officinale, Weber ex FHWigg. 1780) is a herbaceous species belonging to the Asteraceae family, commonly known as dandelion, dog’s tooth, dandelion, wild chicory, asinine chicory, pork snout and other names more or less common in various regions. It is a medicinal plant that grows spontaneously or can be grown in the garden, in pots and in the garden starting from its seeds. In this sheet we will see how to grow dandelion and the most useful agronomic measures.
This plant can therefore be collected spontaneously (but it is advisable to collect those far from anthropized environments) but which can be easily tamed.
The propagation of this plant begins with sowing; finding seeds is quite easy as they are found in gardening stores or even online. Dandelion sowing should be carried out in spring, immediately after the end of winter colds. The sowing can be carried out directly in the open field or in the seedbed and must be carried out in a broadcast. After sowing it is sufficient to cover with a light layer of soil with a higher content of organic matter. The soil should instead be prepared by working it finely and distributing the organic substance (mature manure or compost) at the end of the winter and mixing it homogeneously in the substrate.

The dandelion can be easily cultivated even in pots and in this case an organic soil can be used. Once the sowing is completed, it immediately irrigates and, if we are in the presence of particularly sunny days (when sowing in the open field) it is advisable to shade the sown area. However, it is important to choose soil with good drainage while in the vase a layer of a few centimeters with perlite or coarse gravel will be created on the bottom.
You can put the Dandelion also in the form of flower beds and in this case it is best to start from seedbed and transplant the seedlings at distances of about 30 cm from each other.
Let us remember that even if the dandelion is a rustic and very resistant plant, it is preferable, however, not to expose it to direct sunlight; It is advisable to grow dandelion even in the dim light of your garden, while the pots should be placed in the less sunny part of the balcony or terrace.
The beginning of the germination of the dandelion is around 16-18 ° C while the optimal temperature for its vegetation must be typically mild Mediterranean summer climates. For plants grown in pots, these should be irrigated especially in the morning with a small supply at dusk. In the open field it is sufficient an abundant morning irrigation to allow the roots to go deep and to free themselves more.
As for the harvesting period, if the dandelion has been sown at the beginning of spring, it can be harvested between late summer and autumn. The vegetative cycle also depends on the latitude to which it is cultivated. In the south it can already be harvested also at the end of July.
As for the uses of this plant; the leaves can be cooked as if they were spinach while the flowers can be used as a filling for homemade pancakes or as a garnish for risottos.
Taraxacum officinale is used in herbal medicine and phytotherapy, where roots, flowers and leaves are collected and left to dry to prepare natural remedies, especially for infusions and decoctions.