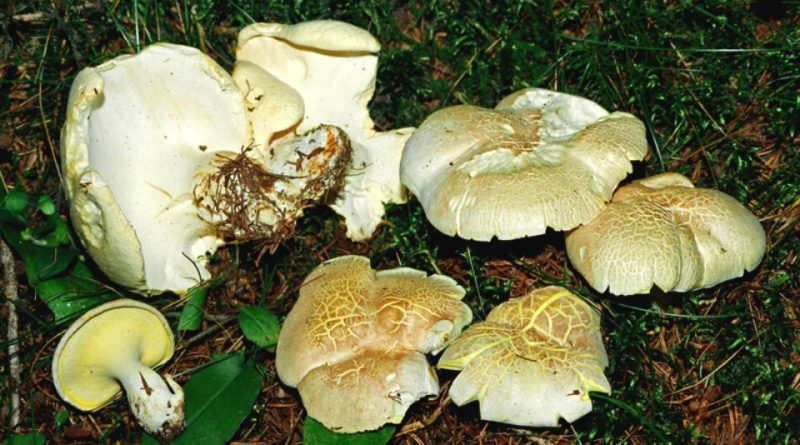 Systematics –
From the systematic point of view it belongs to the Domain Eukaryota, Kingdom Fungi, Basidiomycota Division, Class Basidiomycetes, Order Russulales, Family Albatrellaceae and therefore to the genus Albatrellus and to the species A. ovinus.
The terms are synonyms: Albatrellus albidus (Pers.) Gray 1821, Scutiger ovinus (Schaeff .: Fr.) Murril 1920 and Polyporus limonius Velen. 1922.

Etymology –
The term Albatrellus derives from albatrello (alberello) generic Italian name of this fungus. The specific epithet ovinus derives, according to mycologist B. Cetto, from the fact that it is eaten by sheep, according to other authors is due to the color similar to that of sheep fleece.

Geographic Distribution and Habitat –
Albatrellus ovinus, like other mushrooms of the genus Albatrellus, which have food interest, are mainly available in the pre-alpine and alpine environment. They make their appearance in the humid, dark and humid areas of the undergrowth, often in the sites of discovery occupy entire mountain slopes. It is a symbiotic mushroom, terricolous, which grows in summer-autumn, in the mountains in coniferous woods or mixed with broad-leaved trees, in groups, prefers calcareous soils. 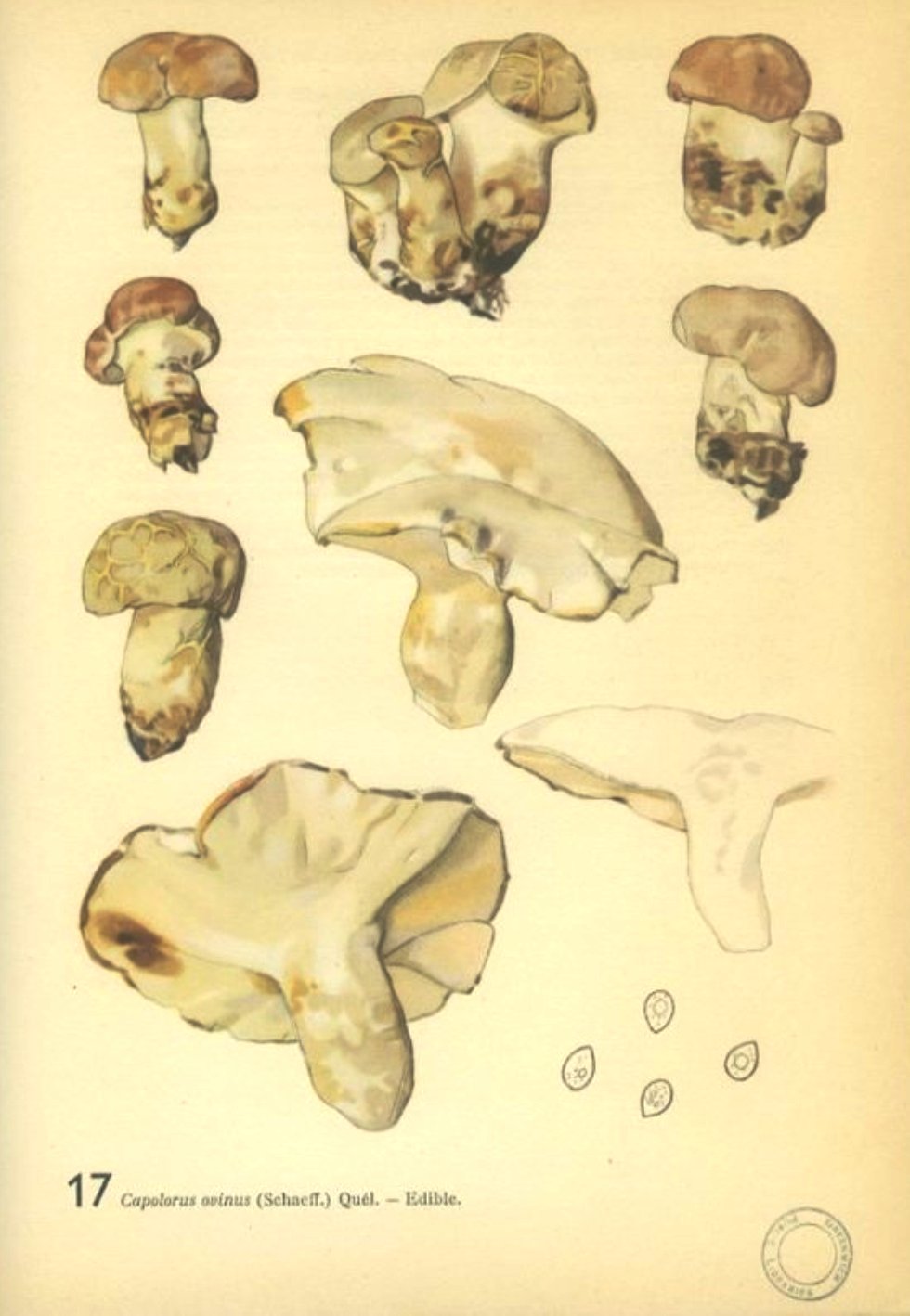 Recognition –
The Albatrellus ovinus is recognized for having a hat of 6-15 cm in diameter and 1-3.5 cm in thickness, which sometimes is found welded or concave with other specimens, irregularly rounded, first convex then flattened and sometimes depressed to center; the cuticle is dry, pruinose, smooth, but frequently chapped in areolas, first whitish and then yellowing to brown in the old specimens, almost always with greenish-yellow spots spread over the entire surface; the margin is sinuous, often lobed, thin, whole and often stained with yellow. Tubules are 2-3 mm thick, short, decurrent, white or yellow. The pores are somewhat minute (2-4 mm), round or angular, whitish, turning to yellowish-green at the touch. The stem is 2-5 x 1-3 cm, short, stocky, full, claved and often irregular, eccentric, tuberous or attenuated at the base, forforaceous, whitish with yellow spots, frequently welded to other stems. It has flesh of white color and then yellow-citrine, compact, very firm with acidulous smell, fruity and sweet taste of almonds. Microscopic analysis shows spores of 3.5-4.5 x 3-4.5 μm, white in mass, smooth, hyaline, ovoid, often monoguttulate, provided with apicles, not amyloid. The basidia are claviform, tetrasporic with non-existent basal buckle joints. The cystids are absent.

Uses and Traditions –
The Mushroom of the bread could be confused with Albatrellus subrubescens, which is toxic, symbiote of Pine Sylvester, which has the stem of orange color at the base and with the Albatrellus confluens, which has the pale yellow-orange hat.
Keep in mind that, after cooking, the meat becomes yellow and with vinegar it turns to gray-green.

Preparation Mode –
The bread mushroom is particularly good fried by itself and is also excellent dried out. It can also be stored in vinegar, in oil or frozen in its own broth once it has boiled; it can also be preserved in brine.