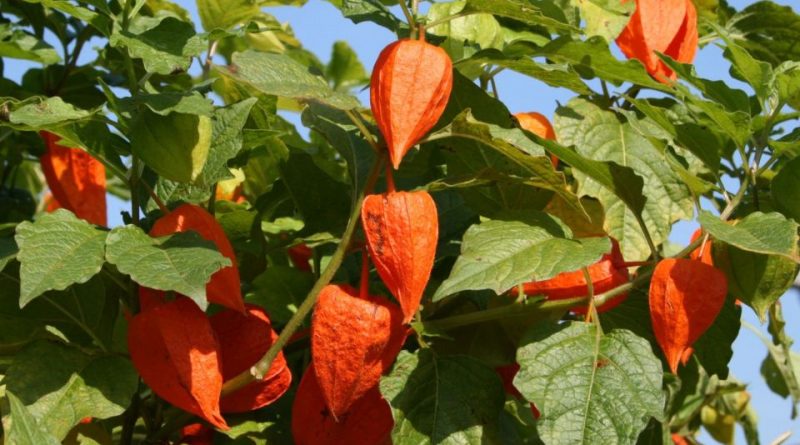 Systematics –
From the systematic point of view it belongs to the Domain Eukaryota, Kingdom Plantae, Subarign Tracheobionta, Division Magnoliophyta, Class Magnoliopsida, Order Solanales, Family Solanaceae and then to the Genus Physalis and to the Specie P. alkekengi.
The term Alkekengi officinarum Moench is synonymous.

Etymology –
The term Physalis comes from the Greek φῡσᾰλέος physaléos, full of air (from φῡσα physa bubble): for the characteristic augmenting glass which forms a sort of balloon. The specific alkekengi epithet is derived from the Spanish alquequenje, in turn derived from the Arabic name to kakendi, which means salt in the pot or from the kakanj ground cherry, probably from the Persian kākunaj.

Geographic Distribution and Habitat –
Physalis alkekengi is a kind of Euroasiatic origins in the strict sense, from Europe to Japan. 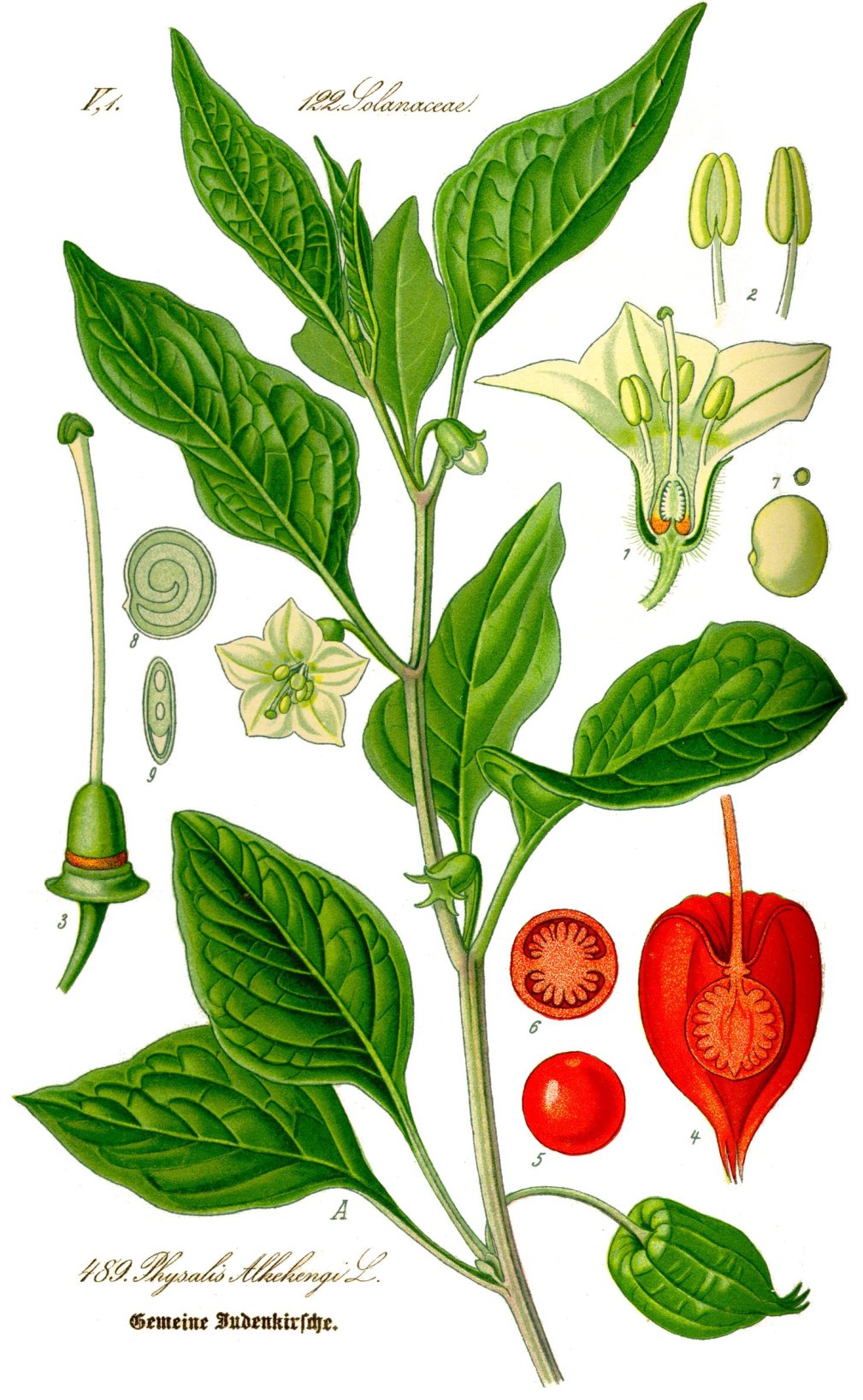 Description –
Physalis alkekengi is a herbaceous species with a bushy bearing height between 50 and 70 cm with herbaceous stems, half-legs, oval-lanceolate leaves (3-6 x 5-10 cm). The flowers have a corolla of white or yellowish color and are isolated in the axils of the median branches and have a vulgar parchment vial of orange red color that wraps the fruit; to the touch the glass has almost papery consistency and is often porous. The fruit is a spherical berry of an orange-red color, thick as a cherry and of a sour-bitterish taste that contains numerous small seeds.

Cultivation –
Alkekengi is a plant that propagates by seed, rarely by cuttings (perennial species). The fruits are harvested when they are completely colored and can be easily preserved. They are rarely grown for commercial purposes because the sour and fragrant fruits contain many seeds. The growth of the plant is favored by exposure not directed to sunlight. For the cultivation technique refer to the following sheet.

Uses and Traditions –
The Alchechengio is a minor vegetable whose small fleshy and acidulous fruits are used, often also for ornamental purposes. It has many therapeutic properties, even recognized at the popular level, among which actions against kidney and bladder stones stand out and as a strong diuretic also as a vitamin C supplement in addition to vitamin C, contains citric acid, tannin and sugar.
It has been cultivated since ancient times for its medicinal properties. It is not to be confused with the Physalis peruvianus (also called Cape gooseberry) which is of the same shape and structure but beige and with the Physalis ixocarpa which produces a much larger berry, green (or purple) and similar to a tomato always, however, covered with a green (or purple) goblet with a similar shape to the alkekengi.
The edible part of the plant is represented by the berries that ripen in September and have the shape of a small cherry with a taste that resembles that of raspberry or tomato.
The bright red orange goblets that surround the berries of this species make the plant suitable for decorative purposes.

Preparation Mode –
The Physalis alkekengi is cultivated, for alimentary purposes, for its berries from which it can be obtained an excellent jam; these can be eaten alone or added to salads. If slightly dried, they can be pickled or in brine. They can also be prepared candied or covered with dark chocolate.