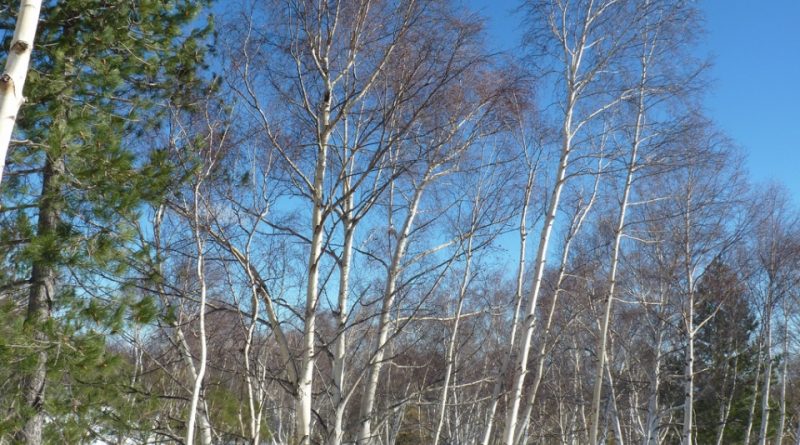 The Betula of Etna (Betula aetnensis Raf.) Is an arboreal species belonging to the Betulaceae family.

Systematics –
From the systematic point of view it belongs to the Eukaryota Domain, Kingdom Plantae, Magnoliophyta Division, Magnoliopsida Class, Fagales Order, Betulaceae Family and then to the Betula Genus and to the B. aetnensis Species.

Etymology –
The term Betula derives from bétula, the classical name of the birch in Pliny, derived from the Gallic betw or betu. The specific epithet aetnensis comes from Aetna, Etna: that is precisely from Mount Etna.

Geographic Distribution and Habitat –
Betula aetnensis is an endemic plant of Sicily; it lives on the lava soil of the eastern and western slopes of Etna in extreme conditions and adapts to very strong climatic excursions and at an altitude varying between 1300 and 2100 m. s.l.m .. 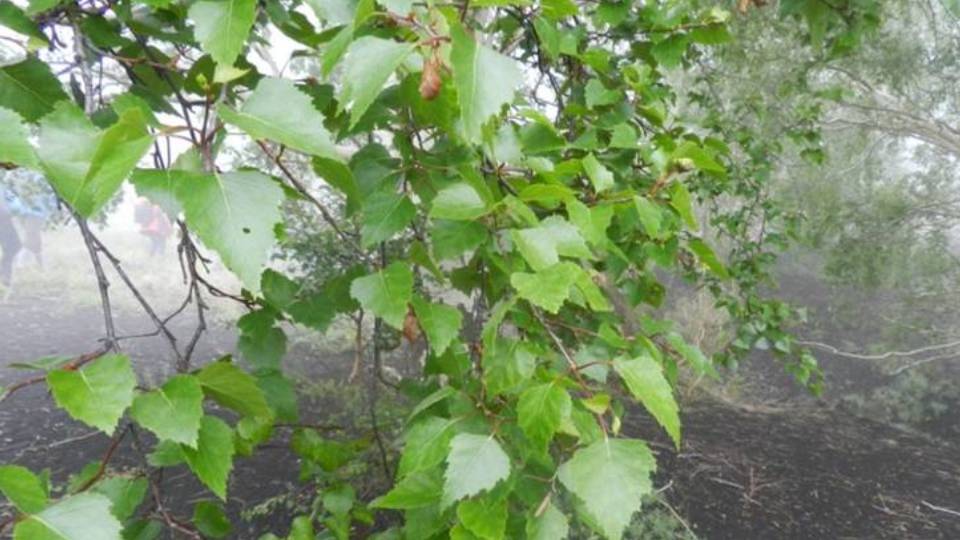 Description –
The Etna Birch is an arboreal species that reaches heights from 4 to 15 meters, but that at altitudes above 2000 meters often assumes a shrub bearing. It is recognized by a white and smooth bark and rhomboidal or sub-triangular shaped leaves, less sharp than those of Betula pendula, with a crenate margin. The appearance of the species is unmistakable due to its tremulous foliage and the white bark with brownish black spots that flaking and curling in horizontal cylinders persistent on the trunk. The flowers are grouped in inflorescences with yellow colors the masculine ones, and light green the feminine ones. The antesis is in the period of April-May. The fruits are small, conical achenes of brown color.

Cultivation –
The Betula aetnensis, because of its strong and punctual endemism, can find a reproduction site especially in the area and in the pedoclimatic conditions in which it is currently found and grows. For the natural renewal of new individuals, as is known, one can operate through two different generative processes: individuals of agamic origin (suckers) and seed individuals. Obviously the young seedlings obtained must first be followed in the first vegetative phase, also through relief irrigations and contributions of organic substances to make them free in their natural environment. Today, due to its characteristics, Betula aetnensis is considered a pioneer species because it is able to colonize incoherent lavas, forming woods of a certain consistency both in pure cultivation and in association with beech.

Uses and Traditions –
The Etna Birch is an arboreal essence whose morphological characteristics suggest a source from Betula pendula Roth, a very similar species present in different regions of Italy with southern limit in the Campania region and extending in Europe to the north limit of the arboreal vegetation. The geological events suggest that southern Italy and Sicily represented an area of ​​refuge for the birch during the last glaciation (between 70000 and 10000 years) and later, in the post-glacial period (Preboreal – continental anatermic), they allowed the re-expansion of its range. No longer finding the right weather conditions, in Sicily it was confined only on Etna, which with its altitude (about 3380 m s.l.m) has favorable climatic zones. The genetic isolation from the populations present in the rest of Italy, the strong selective pressure due to the volcanic nature of the territory and the Mediterranean climate, have made it possible to differentiate a new endemic Etna taxon.

Preparation Mode –
The Betula aetnensis, in addition to its botanical interest and conservation of this endemic species, also due to its small population, does not cover other food or phytotherapeutic interests.