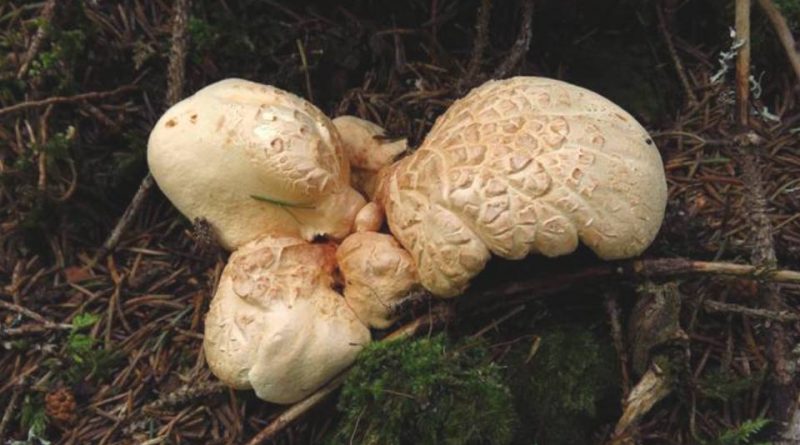 Systematics –
From the systematic point of view it belongs to the Eukaryota Domain, Kingdom Fungi, Basidiomycota Division, Basidiomycetes Class, Order Russulales, Family Albatrellaceae and then to the Genus Albatrellus and to the Specie A. confluens.

Etymology –
The term Albatrellus comes from albatrello (sapling) generic Italian name of fungus with such morphological characteristics. The specific epithet confluens derives from cónfluo to merge: which joins with others.

Geographic Distribution and Habitat –
Albatrellus confluens is a symbiotic, terricolous fungus that grows exclusively in coniferous woods, especially in the presence of spruce (Picea excelsa). It is a fungus not common everywhere but that grows abundantly in the places of growth in the summer-autumn period. 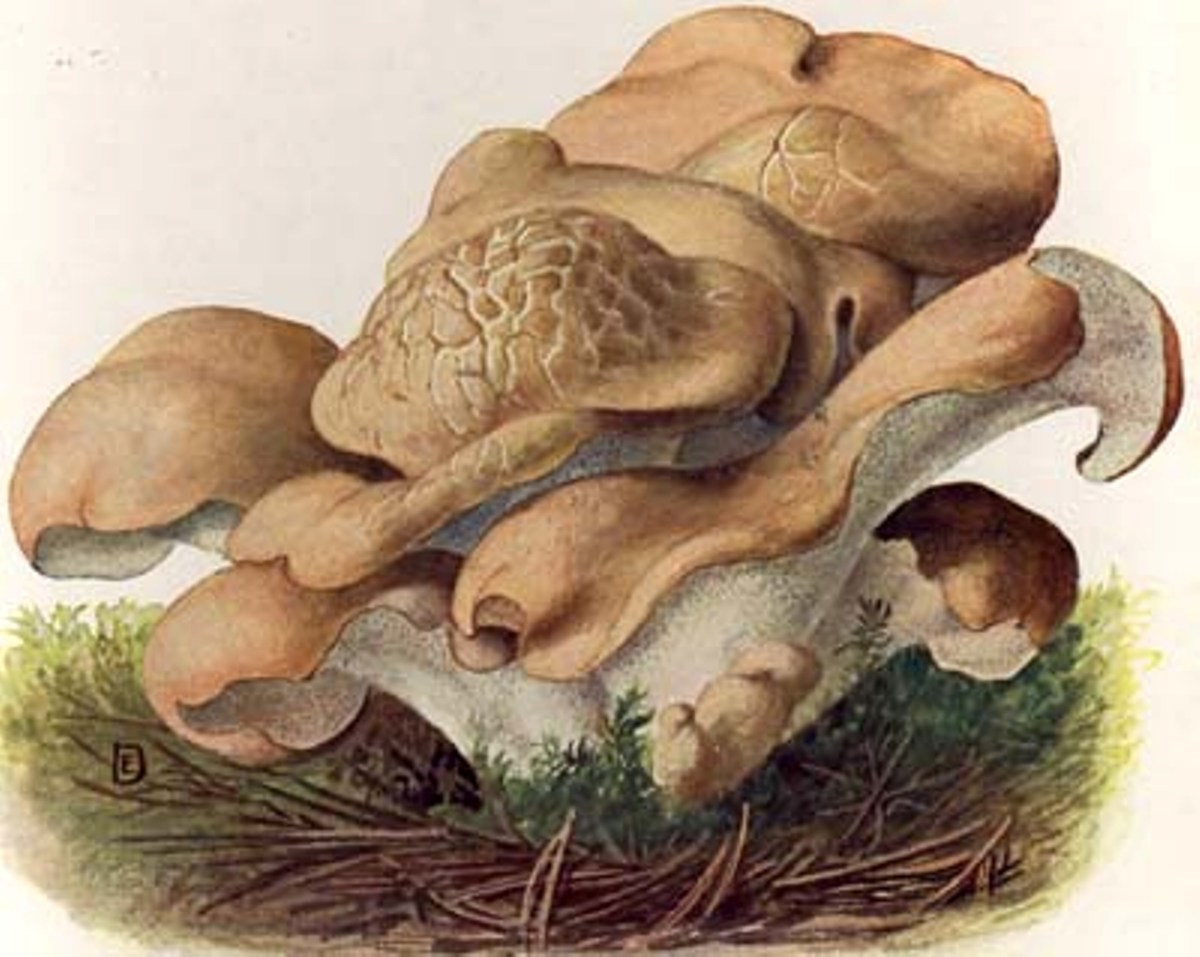 Recognition –
The Albatrellus confluens is recognized for having a hat of 5-15 cm in diameter, with an irregular shape, fleshy, smooth when young, airbrushed for dryness, often welded together with other numerous hats, even overlapping, which start from the same stock; the margin is lobed and involute; the cuticle is dry, opaque, with mustard or cream-pink coloring, up to more or less dark red-orange. The tubules are short, up to 1-4 mm long, of a cream-white to rosy color, decurrent on the stem, difficult to detach from the meat. The pores are round round, angular, first white then yellowish or slightly pink, very small and almost invisible to the naked eye (3-5 pores per mm). The stalk is 3-8 x 2-3 cm, squat and fleshy, eccentric, irregular, often increased with those of the neighboring specimens, inserted in the ground, whitish-pink color. The meat is white, immutable, as a young hard and compact, almost leathery in the adult specimens with not significant odor and bitter taste. Microscopic analysis shows spores of 3.5-5 x 2.5-4 μm, from ellipsoidal to subglobose, white, hyaline, smooth and slightly amyloid. The basidia are tetrasporic, slightly bent at the base and provided with basal buckle joints. The cystids are absent.

Cultivation –
As with other symbiotic mushrooms, the mushroom of bread is not easy to grow and also because of its low commercial interest there are no significant interests in its cultivation.

Uses and Traditions –
Albatrellus confluens, together with Albatrellus ovinus, which is a similar species, is commonly called “bread mushroom” because of the appearance of the hat that recalls the crust of bread. The scientific term makes it clear that it is a fungus that grows in aggregate and therefore confluent fructifications. It is a fleshy mushroom, profitable, grows associated in large groups, terricolo, often near areas rich in moss, fungus of great consistency lends itself as a young man to be used for preparations in oil, as an adult becomes leathery and therefore unusable for food purposes.
Edibility is therefore poor for fresh consumption but good if stored in oil or vinegar.

Preparation Mode –
The bread mushroom is consumed especially after preservation in oil and vinegar.