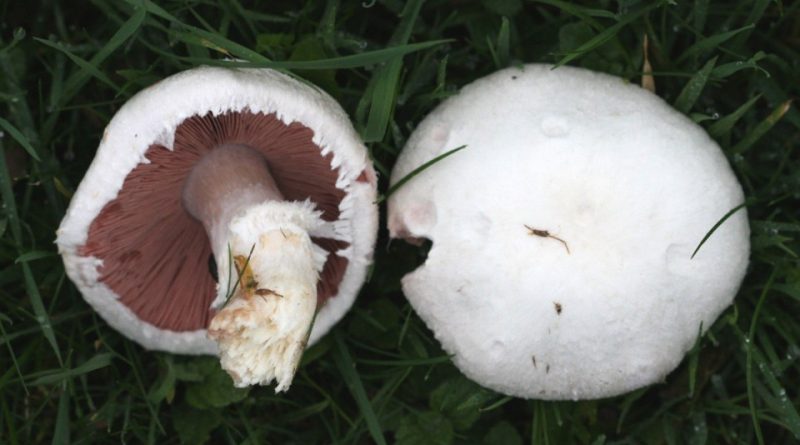 The champignon (Agaricus campestris L., 1753) is an edible mushroom belonging to the family of Agaricaceae.

Systematics –
From the systematic point of view it belongs to the Eukaryota Domain, Fungi Kingdom, Basidiomycota Division, Agaricomycotina Subdivision, Class Agaricomycetes, Subclass Agaricomycetidae, Order Agaricales, Family Agaricaceae and then to the Genus Agaricus and to the A. Campestris Species.

Etymology –
The term Agaricus comes from the Greek αγαρικόν agarikón, agaric, ie fungus of the Agari, because according to the Greek physician, pharmacist and botanist Dioscorides was imported from Agaria, the country of the Sarmatians. The specific epithet campestris derives from campus, place plan, field: that is that it grows in the fields.

Geographic Distribution and Habitat –
The champignon is a mushroom that grows a little everywhere, at low and high altitudes, at any latitude; it is also found in human settlements, that is, in public and private gardens, in parks, in all the grassy areas of urban areas. 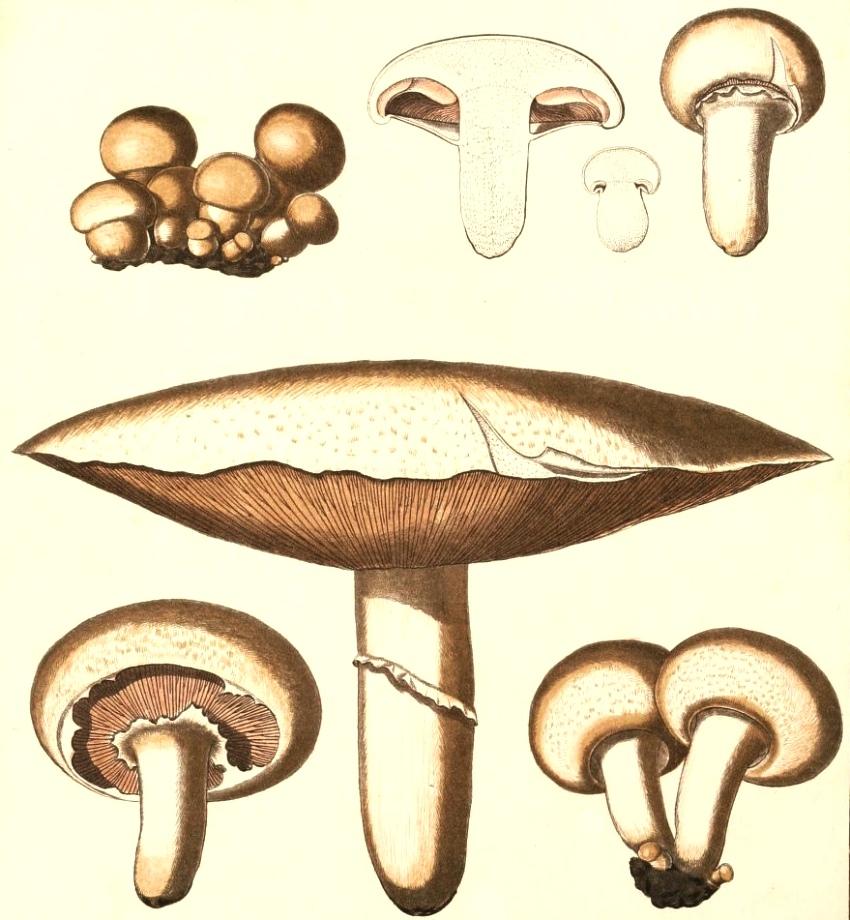 Recognition –
The Agaricus campestris is recognized for the globular hat with margins joined to the stem, then hemispherical and finally plane-convex, of variable dimensions between 5 and 20 cm in diameter; the margins are acute with a veil residue; the cuticle is white-yellowish, which then turns brown when ripe, floccose-silky and sometimes scaly. The lamellas are curved towards the margin, free to the stem; flesh color and then rosy or vinous red and finally brown-violet. They represent an important character, in fact they do not have to be white, in which case it can be a Leucoagaricus leucothites (unproven edibility) or even a deadly amanita. The stem is cylindrical, solid, smooth, white in color and tapered at the base. The ring is whitish, thin, ephemeral, folded in a double collar. It does not present the volva, otherwise it could be a deadly amanita. The meat of the hat is firm, fragile, white or lightly vinified, which turns very slowly to the rose when cut, with a very pleasant smell of anise or almond and sweet or slightly spicy; do not taste anyway if you are not absolutely sure of the identification.
Microscopic analysis shows spores of ovoid, brown in mass, of 6.5-8 × 4.5-6 μm.

Cultivation –
Agaricus campestris is the most common and collected spontaneous champignon.
The champignon or agaricus campestris grows in fields, meadows, pastures and well-fertilized woods. The maturation period of this mushroom runs from summer to autumn.

Uses and Traditions –
The champignon must be harvested only when it is certain to be in the presence of a fairly intact and unpolluted ecosystem. In fact, since it is a fungus that has hypercaptative properties on heavy metals, under no circumstances should it be collected in the city, as it may present considerable accumulations of lead.
The identification of this fungus is however quite easy; it has a very pleasant smell that makes it already distinguish from the group’s toxic mushrooms, all differently with unpleasant phenolic odor (ink) or in some cases null and with strongly yellowing meat, in particular at the base of the stem.
Among the fragrant and edible mushrooms the Agaricus campestris is the one with the most colored lamellae, of a beautiful pink color that soon becomes dark salmon, then goes to the brown chocolate and violet color when ripe. Another typical morphological characteristic is given by the stem strongly tapered at the base and by the ring, fragile and supero.
This prataiolo is much appreciated but not the same in all countries; in some it does not find particular interest. The Romans considered it excellent, and there is a testimony from some verses of Horace “Pratensibus optima fungis / Natura est; aliis male creditur “(that is: field mushrooms is the best mushroom in nature, others must not be trusted).
Currently in various research institutes studies are underway on fungal dressings for the treatment of ulcers and bedsores, using mycotic mycelial strands.
In the past, slices of A. campestris were applied to burns and burns in some parts of Scotland. It has also been shown that A. campestris water extracts increase insulin secretion and have insulin-like effects on glucose metabolism in vitro, although, to date, the mechanism is not understood.

Preparation Mode –
This champignon is a very versatile mushroom in cooking and storage. They range from preparations in oil, to drying or to freezing. In the dishes can be consumed “trifolato”, in sauces, stuffed, raw in salads and other side dishes. In short, it lends itself to an innumerable quantity of preparations. The stem can be consumed but only in specimens not too mature as it becomes more fibrous over time.