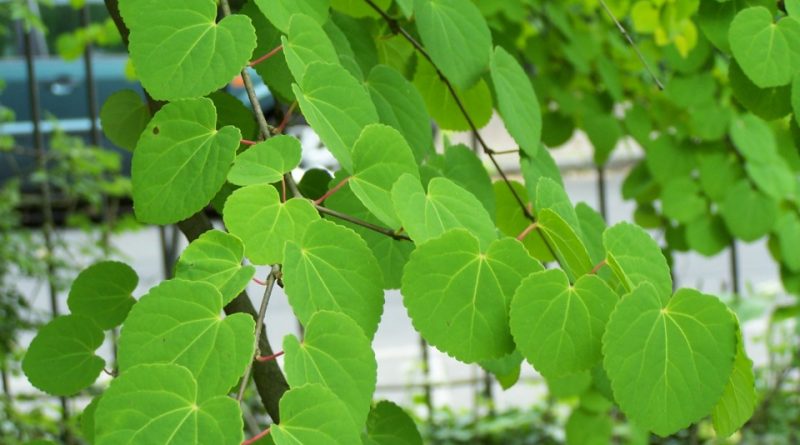 The false tree of Judas or Katsura in Japanese (Cercidiphyllum japonicum Siebold & Zucc.) Is an arboreal species belonging to the family of the Cercidiphyllaceae.

Systematics –
From the systematic point of view it belongs to the Domain Eukaryota, Kingdom Plantae, DivisioneMagnoliophyta, Class Magnoliopsida, Order Saxifragales, Family Cercidiphyllaceae and therefore to the Genus Cercidiphyllum and to the Specie C. japonicum.

Etymology –
The term Cercidiphyllum comes from Cercis and from φύλλον phýllon leaf, lamella: that is, with leaves similar to those of Cercis. The specific epithet japonicum is in reference to its Japanese origin.

Geographic Distribution and Habitat –
The False tree of Judah is an arboreal species native to Japan, where it is found in mixed hardwood forests with a temperate-cold climate. Later it was introduced in Europe around the second half of the nineteenth century as an ornamental species. 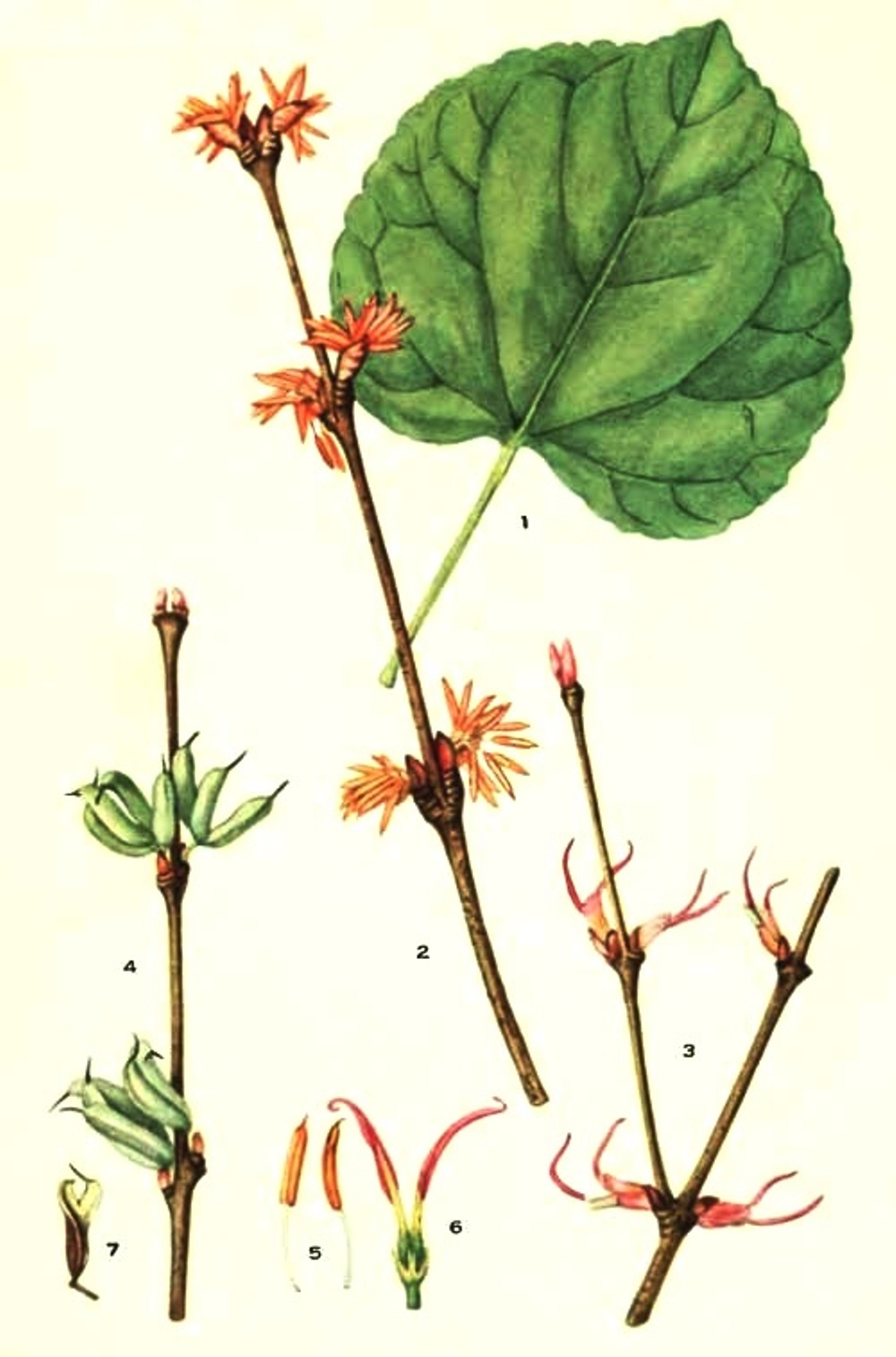 Description –
The Cercidiphyllum japonicum is a tree that can exceed 30 meters in height in its area of ​​origin; it has a wide ovoid or cupular crown, quite dense. The trunk is generally straight, with first homogeneous rind, gray and shiny, which then becomes brownish and cracked in subrettangolari and sublucid plaques. The leaves are deciduous, fragrant, petiolate, rounded-heart-shaped, with a sharp-obtuse apex, crenulated margin, which resemble those of the trees of the genus Cercis (as C. siliquastrum), which for this reason is also called False tree of Judah. It is a dioecious plant, with male and female flowers on different plants. The flowers are inconspicuous, gathered in small inflorescences; pollination is anemophilous. From fertilization, fruits are formed which are linear elongated follicles, often slightly curved, which open ventrally for a long time, freeing the winged seeds when ripe.

Cultivation –
The Cercidiphyllum japonicum is a plant that supports both cold and heat but is very sensitive to drought and requires permanently rich water, as well as any emergency irrigation when the humidity of the substrate is not sufficient. He prefers half-shade exposures. Fertilization can be done in the early years, with organic substance in autumn distribution.

Uses and Traditions –
The genus Cercidiphyllum, to which this species belongs, is the only genus of the small family of the Cercidifillacee (Cercidiplyllaceae Engler), typical of East Asia (China and Japan). This genus is considered a living fossil. In fact, to the family of the Cercidifillacee are also ascribed other extinct genera (Nyssidium, Trochodendroides), found in fossil finds since the Cretaceous inferior (about 100 million years ago) distributed throughout the northern hemisphere. The earliest fossil records attributed specifically to the Cercidiphyllum genus date back to the Upper Cretaceous (about 70 million years ago) and were found in North America.
The plants of this genus are particularly appreciated as ornamental trees and, for this reason, several cultivars have also been created, including some with pendulous branches; the katsura is in fact a plant appreciated for the particular appearance of the leaves and for the autumn coloring. The appreciation is also due to the scent, sweet and similar to caramel, of the leaves, which becomes particularly acute in autumn and their reddish coloring; for this reason the tree is also called in English “caramel tree”.
In Japan, wood, light and easy to work, is used in cabinet making and for the construction of cladding panels.

Preparation Mode –
The False tree of Judah, in addition to the ornamental uses and uses of wood in cabinet making, has no other food or therapeutic uses.