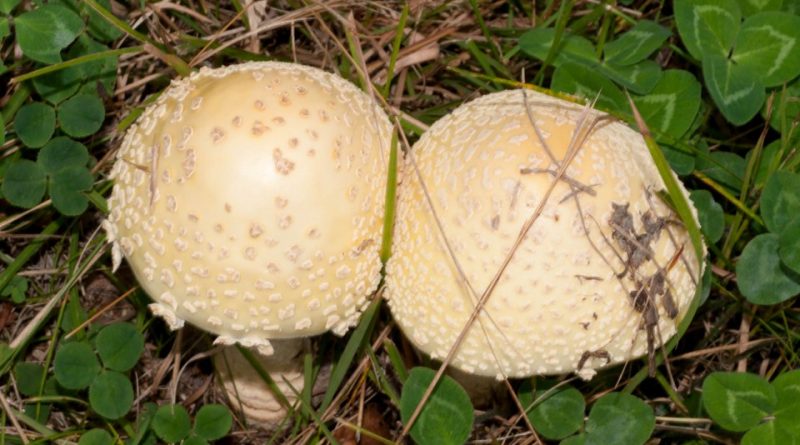 Systematics –
From the systematic point of view it belongs to the Eukaryota Domain, Kingdom Fungi, Basidiomycota Division, Basidiomycetes Class, Order Agaricales, Family Amanitaceae and therefore to the Genus Amanita and to the species Gemmata.
The term Amanita junquillea fr. Is synonymous.

Etymology –
The term Amanita comes from the name of Mount Amanos of Asian Turkey or from the Greek ἀμᾱνῖται amanítai, a name given by the ancient Greeks to mushrooms in general. The specific gemed epithet is due to the ornamentation on the cap of these mushrooms.

Geographic Distribution and Habitat –
The Amanita gemmata grows in the spring – summer and sometimes also in autumn; it is found in the coniferous and deciduous woods, on sandy or calcareous soils. Rare in certain regions. 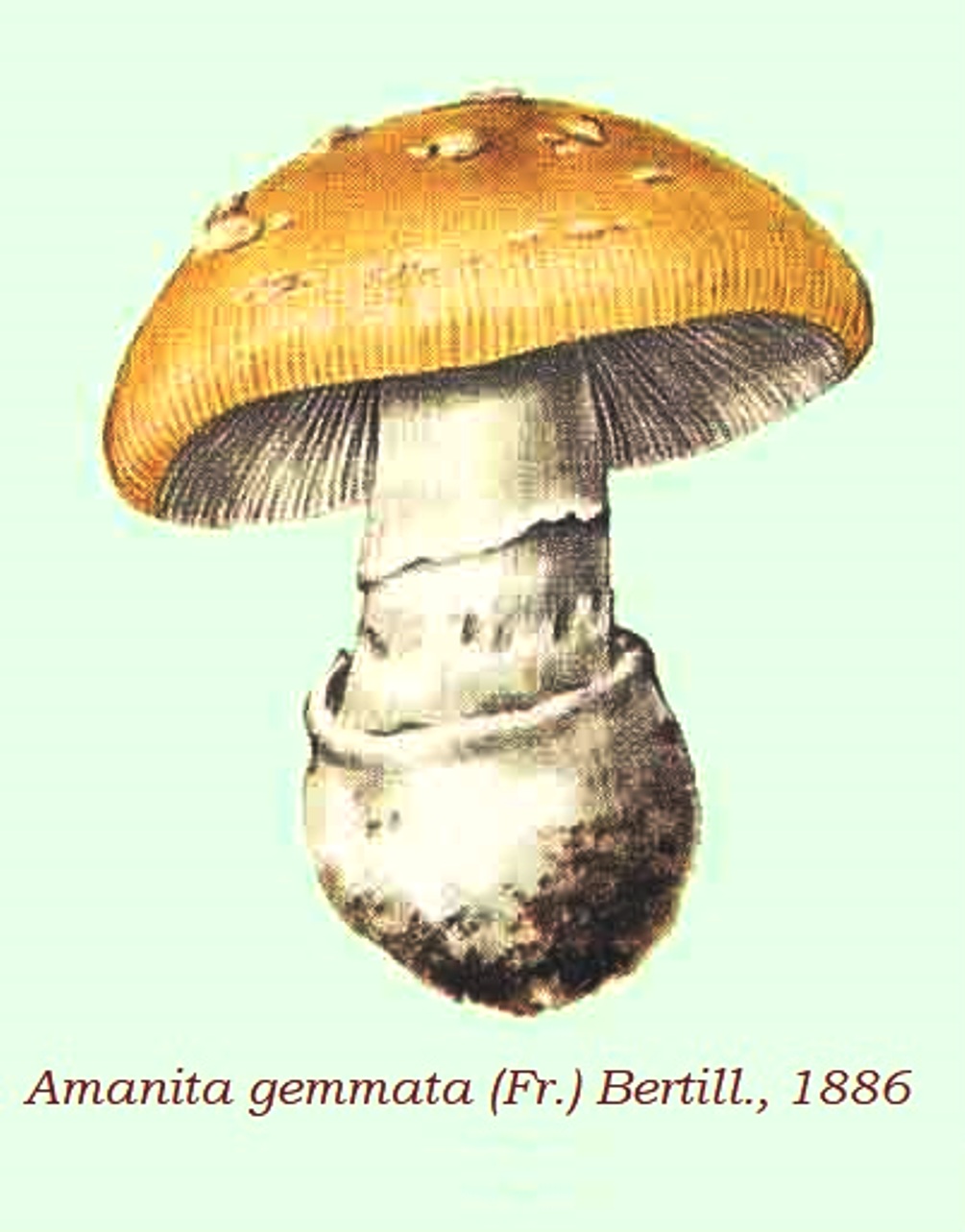 Recognition –
Amanita gemmata is a species with a variable size and is recognized for its not very fleshy, hemispherical or conical-convex, then expanded, with yellow or ocher-yellow color, with a reddish color often in the center; this is viscous, with floccose, whitish, irregular warts; sometimes completely hairless; minute margin, typically streaked. The lamellae are dense, unequal, ventricose, not attached to the stem and white in color. The stem has a whitish, fibrillose, squat or tall color, of cylindrical shape and thickened at the base which ends in an ovoid or globular bulb, or slightly enlarged. The ring is whitish, fragile, pendulous and then fleeting. The meat is white and yellow under the cuticle, with a mild smell and a slightly sweet taste. Microscopy shows white spores in mass, not amyloid, elliptic, of 9-11 x 7-8 μm.

Cultivation –
The Amanita gemmata is not among the cultivated mushrooms.

Uses and Traditions –
The Amanita gemmata for a long time was considered an edible mushroom and also of good edibility. From the findings made especially after the ’60s there was a slight non-constant toxicity, with cases of mild poisoning, especially if consumed with light cooking.
For this reason the consumption of this species was so discouraged, also because confusing with the dangerous Amanita pantherina. The most inexperienced can in fact confuse it with the poisonous Amanita pantherina, of which it could be a variety having a far lower toxicity; this hypothesis could be corroborated not so much by the presence of warts on the cap, but by the circumcised volva surmounted by one or two cercini.
If you decide to consume it (make sure its identification) it is recommended to cook it very well, eliminating the cooking water and not taking excessive amounts.

Preparation Mode –
The gemed Amanita can be consumed like other edible amanita. But before consuming it, you must be sure of its identification and then cook it very well, eliminating the cooking water and taking on modest quantities.