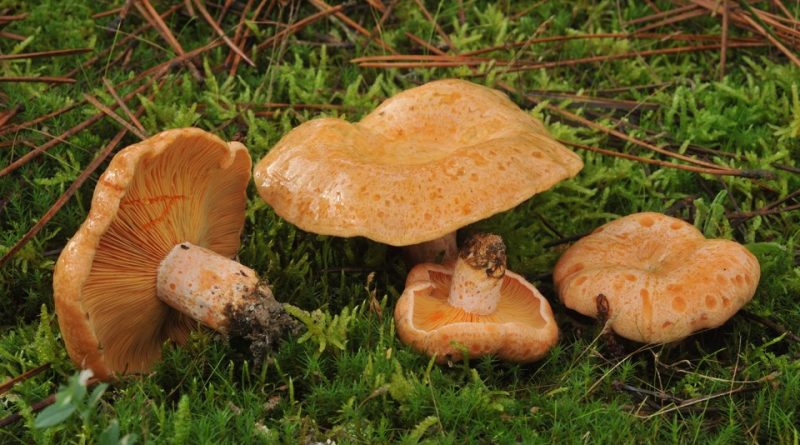 The Milky cap, also known as Sanguinello, Rossella, (Lactarius deliciosus (L.) Gray) is a much sought after and appreciated mushroom of the Russulaceae family.

Systematics –
From the systematic point of view it belongs to the Domain Eukaryota, Kingdom Fungi, Basidiomycota Division, Class Agaricomycetes, Subclass Hymenomycetidae, Order Russulales, Family Russulaceae and therefore to the Genus Lactarius and to the Specie L. deliciosus.

Etymology –
The term Lactarius derives from lac, láctis milk: which refers to milk, due to the typical latex emission when cut or fracture. The specific epithet deliciosus comes from deliciae delizie, voluptuousness: delicious, for the edible carpophores and pleasing to the palate.

Geographic Distribution and Habitat –
It grows in the woods of Scotch pine, black pine and juniper, in soils with acidic pH, in the period from summer to autumn on acid soils. 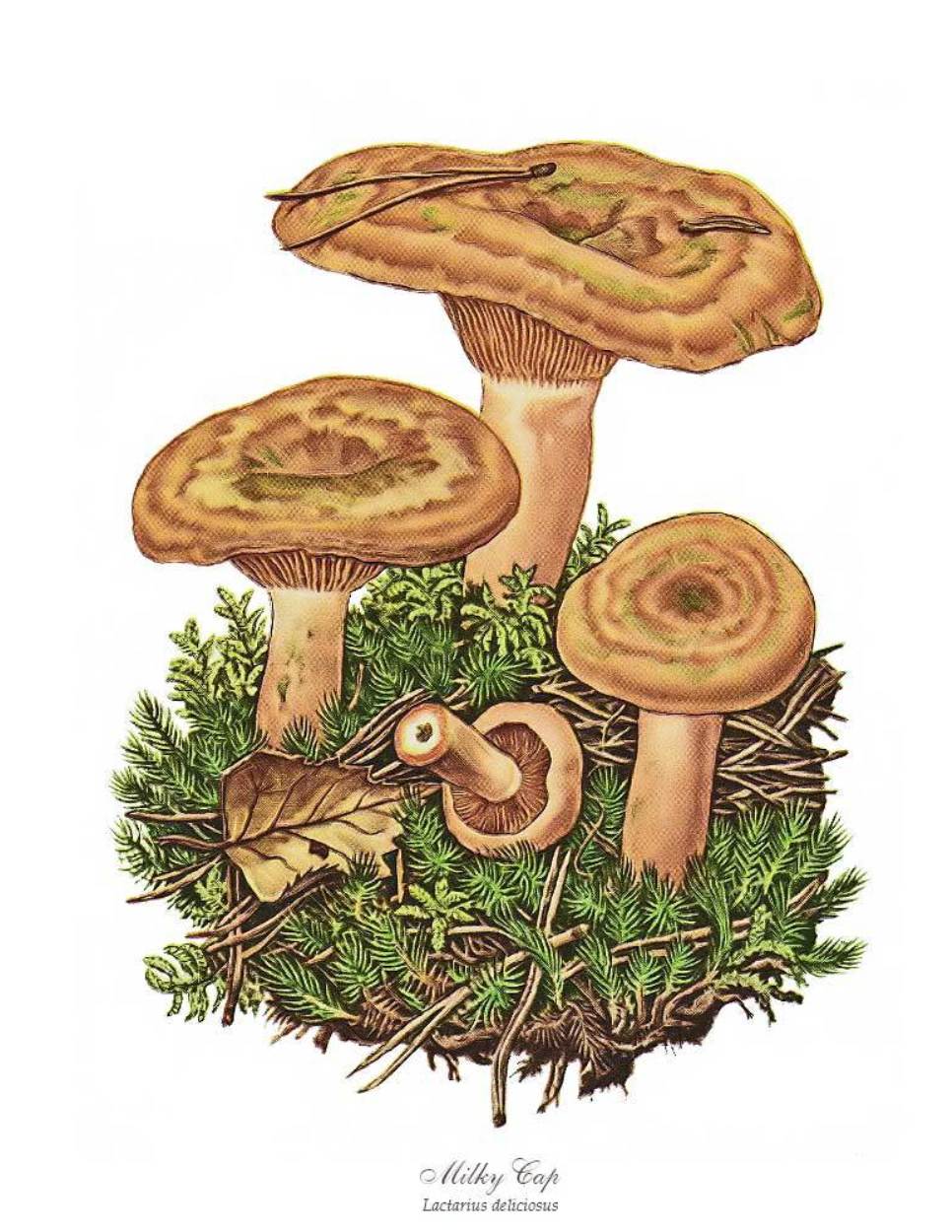 Recognition –
The Lactarius deliciosus is characterized by a wide hat up to 12 cm in diameter; convex-plane, tomentose or pruinose, of red-orange or flesh; then funnel-shaped, scaly, with concentric and greenish veins. The slats are dense, narrow, uneven and decurrent on the stem, orange with reddish reflections that turn slightly green when broken or touched. The stem is 3-6 x 1.5-2.5 cm, short and cylindrical, attenuated at the bottom, which soon becomes hollow, with pale orange color, often tapped by small erosions (scrobicoli) with a more intensely colored background. The meat is rather firm, more or less thick, strong brittle, rosy but colored red-carrot under the cuticle, which at the cut immediately becomes red-carrot. The smell is fruity with mild, then sour taste, more or less acrid and sweetish taste, sweet latex with a bit acrid aftertaste; slightly peppery. The latex is orange, reddish. Under the microscope we notice spores of 8-10 x 6-8 μm, slightly ellipsoidal, adorned with warts joined in thick, cream-white ridges in mass.

Cultivation –
The Lactarius deliciosus is a fungus that is also very abundant in its habitat but not yet cultivated even if for the Lactarius deliciosus have been developed special treatments of litter and undergrowth to promote the development of vegetative mycelium and fruiting. In all these cases we can not talk about the actual cultivation, as the fungal growth remains an event often poorly “playable.”

Uses and Traditions –
The Lactarius deliciosus is a fungus of excellent edibility; to be cooked preferably over high heat, considered by many to be one of the best mushrooms if cooked on the grill, if prepared differently, its overall aroma dies in the pot. Due to its characteristics it has been spreading even in restaurants, even if it has not yet reached a popularity like porcini mushrooms and chanterelles.
This fungus can be confused with other red-carrot latex species, so it is necessary for an exact identification, the habitat, the color of the latex to cut the carrot-orange flesh (not red) and immutable, the zoned hat with very rich colors, the scrobicolato stem, the robust size, the practically zero tendency to greening and the habitat under Pinus or juniper.
The species with which it may be confused are: Lactarius Lactarius deterrimus and salmonicolor, Lactarius Sanguifluus, and Lactarius Vinosus.

Preparation Mode –
This Lactarius, due to its characteristics, lends itself well to being grilled but also for other multiple recipes along with other ingredients, both baked and cooked in the pan. Countless are the preparations that can be obtained with this mushroom.