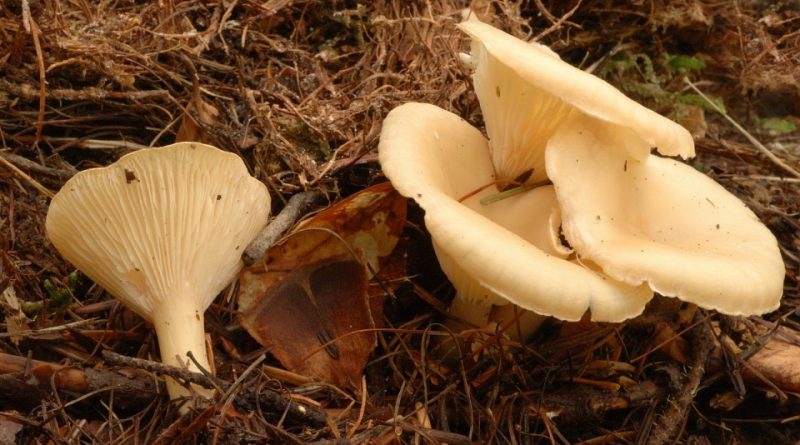 Systematics –
From the systematic point of view it belongs to the Domain Eukaryota, Kingdom Fungi, Basidiomycota Division, Class Basidiomycetes, Order Agaricales, Family Tricholomataceae and then to the Genus Clitocybe and Species C. gibba.

Etymology –
The term Clitocybe derives from the Greek κλῑτύς clitús declivio, slope and κύβη cýbe head: from the inclined head, for the shape of the hat generally funnel-shaped, due to the decurrent lamellae. The specific gibba epithet comes from the Latin gibbosus = hunchback, due to the gibbous appearance of the hat in the young specimens, which looks like an inverted cone with a small protuberance (umbone) in the center.

Geographic Distribution and Habitat –
Clitocybe gibba is a very common mushroom in the woods, both coniferous and deciduous, in humus-rich environments. It is sometimes found in very large groups when it grows around or inside bundles. It is found from late spring to early autumn. 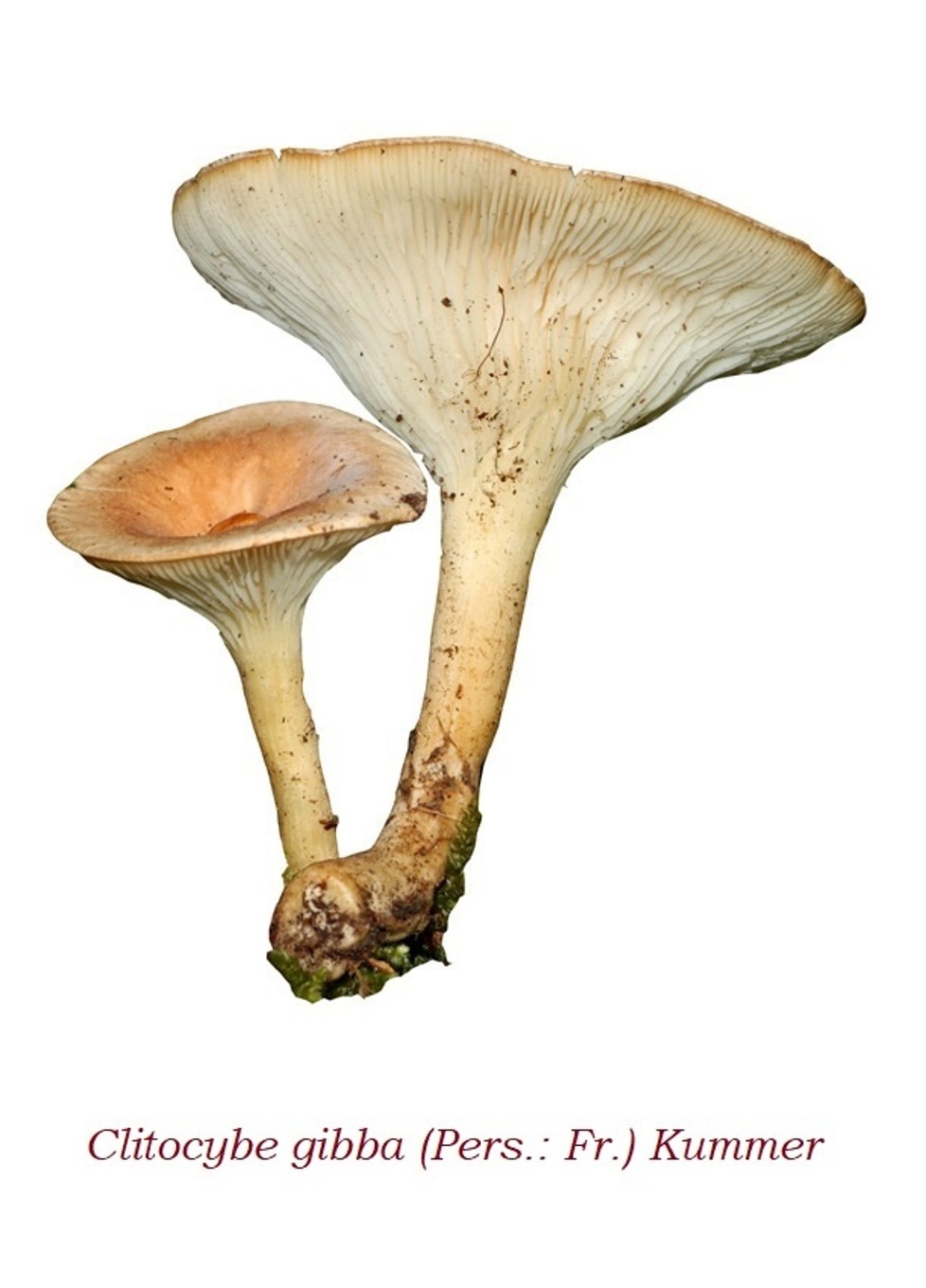 Recognition –
The Clitocybe gibba is distinguished by having a hat of 3-10 cm, with a variable color from pale brown, which in dry climate comes to off-white, to light hazel, sometimes with reddish hues. The cuticle is finely velvety, especially in young specimens. It has a funnel shape when fully ripe, first flat or umbonate in the center, with a strongly involuted margin. The shape is mostly circular with a sometimes wavy margin. The slats are dirty white, decurrent, thick, narrow, intercalated by lamellule. The stem is 4-8 x 0.5-1 cm, of fibrous consistency and of the same color as the hat, claved, cylindrical and slender, while it is stringy and cottony at the bottom. The flesh is whitish in color; elastic in the hat and fibrous that of the stem, with a grateful smell, strong humus and aromatic, more intense in the humid specimens. Microscopic examination shows the spores of 5-7 x 4-5 μm, elliptic, smooth, white in mass.

Cultivation –
Of little interest in cultivation.

Uses and Traditions –
The pad or cimballina, also known by the name of Clitocybe infundibuliformis is a mushroom much appreciated by the seekers and is a fairly common species and easy to find.
However, particular care should be taken to ensure that inexperienced collectors could confuse the clearer forms of this fungus with white and small-sized congeners, toxic, suspicious and even very poisonous, such as Clitocybe dealbata and Clitocybe rivulosa.

Preparation Mode –
The food is a good edible mushroom but it is better to use only hats. It lends itself well to preparing mixed foods, especially when other more sought-after species are scarce. It is very aromatic and due to its thin but meaty shape lends itself to being fried. It is also suitable for drying and preservation in oil.
When using this fungus together with others, in mixed, it should be borne in mind that it has elastic and tenacious flesh and that, like all other mushrooms of similar consistency, requires longer cooking times; for this reason it is advisable to precuocere for a few minutes, before adding specimens of other species with tender meat.