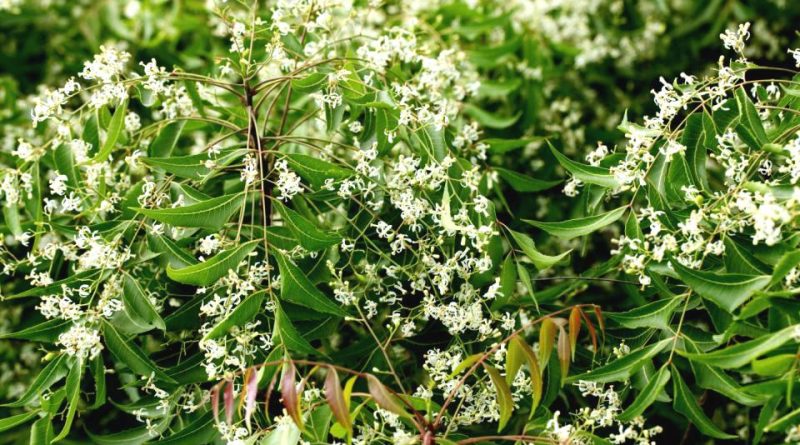 The neem or nīm tree (Azadirachta indica A. Juss., 1830) is an arboreal species belonging to the family Meliaceae.

Systematics –
From the systematic point of view it belongs to the Domain Eukaryota, Kingdom Plantae, Magnoliophyta Division, Magnoliopsida Class, Subclass Rosidae, Order Sapindales, Family Meliaceae and therefore to the Genus Azadirachta and to the Species A. indica.

Etymology –
The term Azadirachta derives from the Persian name of this plant, Azad derakht آزاد درخت. The specific epithet indicates he was attributed to his Indian origin. The common name nīm comes from the name Hindi: नीम, nīm.

Geographic Distribution and Habitat –
Azadirachta indica is an arboreal species native to India and Burma. Later it was introduced in West Africa, in the early twentieth century, with the aim of providing shade and preventing the Sahara desert from spreading to the south. This plant has also been introduced for silviculture in Fiji, Mauritius, Saudi Arabia, Central and South America and the Caribbean islands. There are currently experimental plantations in the southern United States. 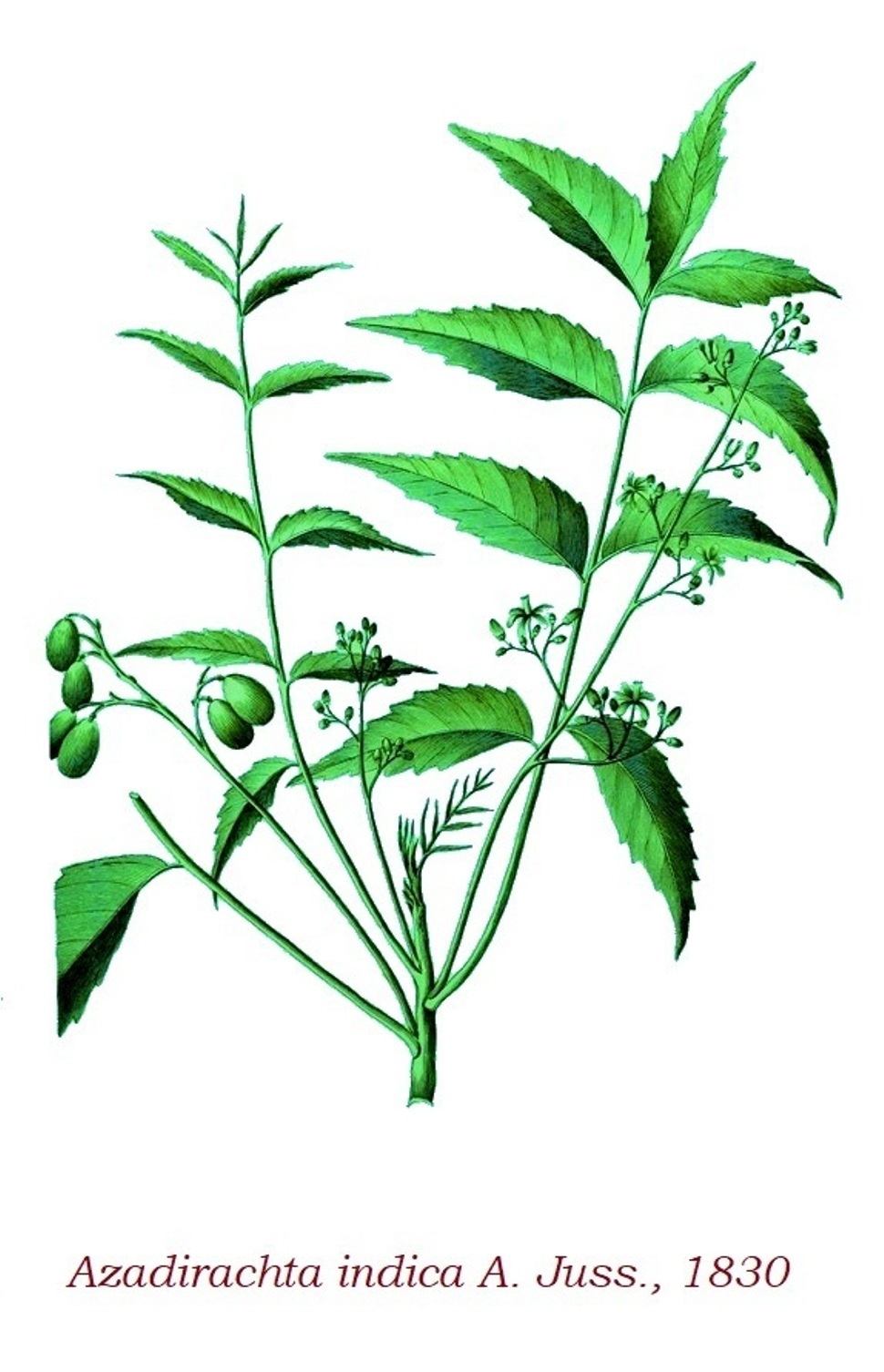 Description –
The Azadirachta indica, from the same family as mahogany, reaches 30 meters in height and about 2.5 meters in circumference in the areas of origin. The leaves are lanceolate, opposite, with evident ribs of lighter color and the flowers are small, with five whitish petals. The leaves are quite persistent.

Cultivation –
The Neem is a plant that grows on almost all types of soil, including clayey, saline and alkaline ones. It has a strong ability to adapt to dry, stony and calcareous soils. The Neem tree, with its root system, is capable of improving the fertility conditions of the soil on which it grows and the drainage capacity of the water. For the cultivation technique you can consult the following sheet.

Uses and Traditions –
The Azadirachta indica was introduced to West Africa in the early twentieth century to provide shade and prevent the Sahara desert from spreading out to the south. In addition, it has also been used in forestry in Fiji, Mauritius, Saudi Arabia, Central and South America and the Caribbean islands. In the United States there are experimental plantations in the southern parts of Arizona, California and Florida.
The Neem tree, in addition to providing shade all year round in countries where it is very hot, can supply firewood; moreover its wood, resistant to termites, is used in building and carpentry. This plant has been known to the inhabitants of India for a long time because of its insecticidal properties. In fact, the leaves remove the annoying insects and are placed in books, containers, cupboards and closets. In 1959 a German entomologist and his pupils, after having witnessed an impressive scourge of locusts in Sudan during which billions of them devoured the leaves of all the trees except those of the neem, began to study this plant with great effort. Since then it has been understood how the extracts of this plant are effective against over 200 species of insects and various mites, nematodes, fungi, bacteria. The industry today produces a biological plant protection product, azadirachtin, extracted from the Neem tree, often used as an antiparasitic on dogs and cats, against fleas and ticks.
According to some, the seeds and leaves of this plant are useful against inflammation, hypertension and ulcers. In Asia and Africa, different parts of the tree are used extensively for the preparation of medicines, food, cosmetics and pesticides.
Other limonoids of the Neem tree are salanine, nimbin and nimbidine, which are found in every part of the plant but with a higher concentration in the nòcciolo (0.1-1% of azadirachtin).
The oil obtained from the plant is a powerful spermicide and has proved effective in reducing the birth rate of laboratory animals. Experiments carried out on monkeys suggest that the compounds obtained from this tree could also lead to the production of a human contraceptive pill for males.
Ultimately, the Neem has many medicinal properties so much that in India they call it “the village pharmacy”. For centuries the Indians have resorted to this plant to treat pain, fever and infections, they also clean their teeth with its twigs, treat skin disorders with the juice obtained from the leaves and drink the infusion as a tonic.

Preparation Mode –
Neem oil has many applications, some of which need to be tested in a scientifically valid manner. In any case, it can also be prepared by hand. In Nicaragua, for example, farmers put crushed seeds of neem in water: 80 grams of seeds per liter of water. Soak the crushed seeds for 12 hours, drain them and then spray the crops with this water.