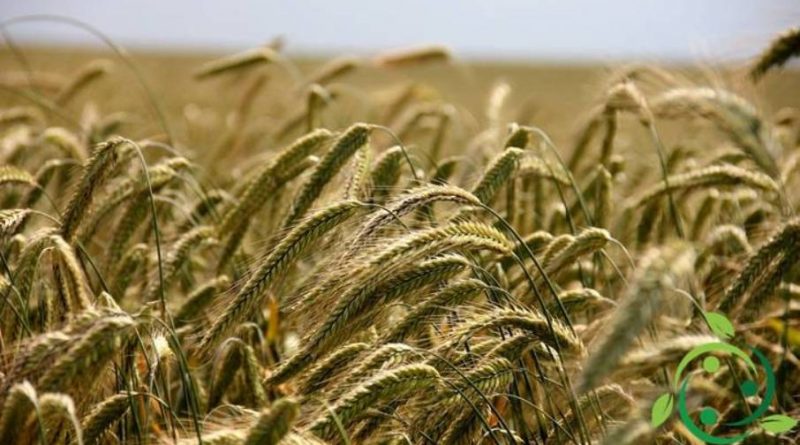 How to grow Rye in a biological way

Rye (Secale cereale L., 1753), also known as rye, is a widespread cereal in temperate zones. It is a cereal of considerable interest, especially in areas with difficult and marginal agriculture (lands of Langhe and moors or mountain), as it presents an exceptional rusticity that makes it produce more wheat and barley in acid, sandy soils. , thin; moreover, it has an excellent resistance to cold, lower thermal requirements to complete its vegetative cycle with respect to wheat and other cereals.
In this sheet we will see how to grow Rye and its place in rotations instead of wheat.
The rye has the advantage of succeeding in weeding or leguminous crops, it supports better the wheat, and for this reason it is preferred when cultivation of an uncultivated crop or a permanent polyphite meadow. As far as fertilization is concerned, it is not necessary to provide any nutritional contribution because the plant, which is not very demanding, is able to make the most of the residual fertility of the soil. For this reason the cultivation of rye, lowers the costs of production and is suitable for the organic farming systems or in any case that it does not use chemistry. In so much nitrogen-bearing land, Rye may experience easier enticement phenomena.

As far as sowing is concerned, it is advisable to make it in tight rows, with a quantity of seed slightly higher than the wheat due to the low leveling power compared to the other minor cereals. 160-180 kg / ha can be used, but also higher quantities in some cases; moreover, the sowing period must be slightly earlier than that of the wheat. The seedbed should be prepared in the same way as that of the wheat, with summer plowing, refinement of the soil in pre-seeding, sowing and, where necessary, light rolling.
Although rye lessens less than other minor grains, its rapid growth compensates for weed control. It is therefore advisable to slightly anticipate the sowing and to increase the quantity of seed per hectare and any eventual curing in post-emergence. The control of weeds, among other things, is linked to the allopathic characteristic of the root system of this plant able to secrete radical exudates that inhibit the germination of seeds of small weeds. It should also be noted that rye is often subject to loss of seed, which in turn transforms this plant into an infesting crop that follows in succession.
The resistance of Rye to entomological adversities is also interesting. The only adversity that can create problems, in some varieties, is the physiopathy called horny rye (Claviceps purpurea). It is a fungal disease that causes the substitution of the caryopsis with brown sclerotia; this occurs especially in the presence of wet and cold weather, so the pollination occurs later and the flowers remain open longer, predisposing the plant to attack the spores of this fungus. The presence of sclerotia in food products is considered dangerous for human health. For this reason it is important the agronomic management of humidity, avoiding stagnation and improving soil permeability. Under these conditions the incidence of this plant pathology is rather rare.