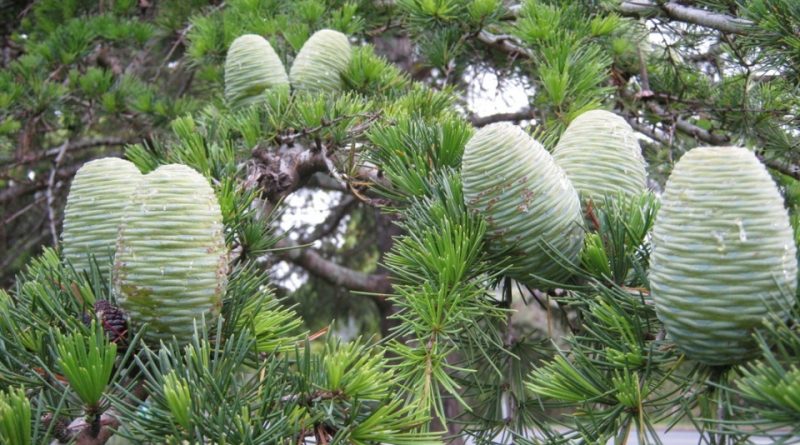 The Himalayan cedar or tree of the gods (Cedrus deodara (Roxb. Ex (D.Don) G.Don, 1830) is an arboreal species belonging to the Pinaceae family.

Systematics –
From a systematic point of view it belongs to the Domain Eukaryota, Kingdom Plantae, Subarign Tracheobionta, Superdivisione Spermatophyta, Division Pinophyta, Class Pinopsida, Order Pinales, Family Pinaceae and therefore to the Genus Cedrus and to the Specie C. deodara.

Etymology –
The term Cedrus derives from the Greek κέδρος kédros, of probable Semitic origin, assonant with the Hebrew héder ornament, majesty and with the Arabic kedre power. The specific epithet deodara comes from the Sanskrit devadaru, composed of deva god and daru tree: that is, tree of the gods.

Geographic Distribution and Habitat –
Cedrus deodara grows spontaneously in the Himalayas, widespread in the eastern part of Afghanistan, northern Pakistan, Kashmir, north-western India, Tibet and Nepal. In these areas it is found between 1500 and 3,200 m. s.l.m. Its introduction into Europe dates back to the beginning of the nineteenth century. 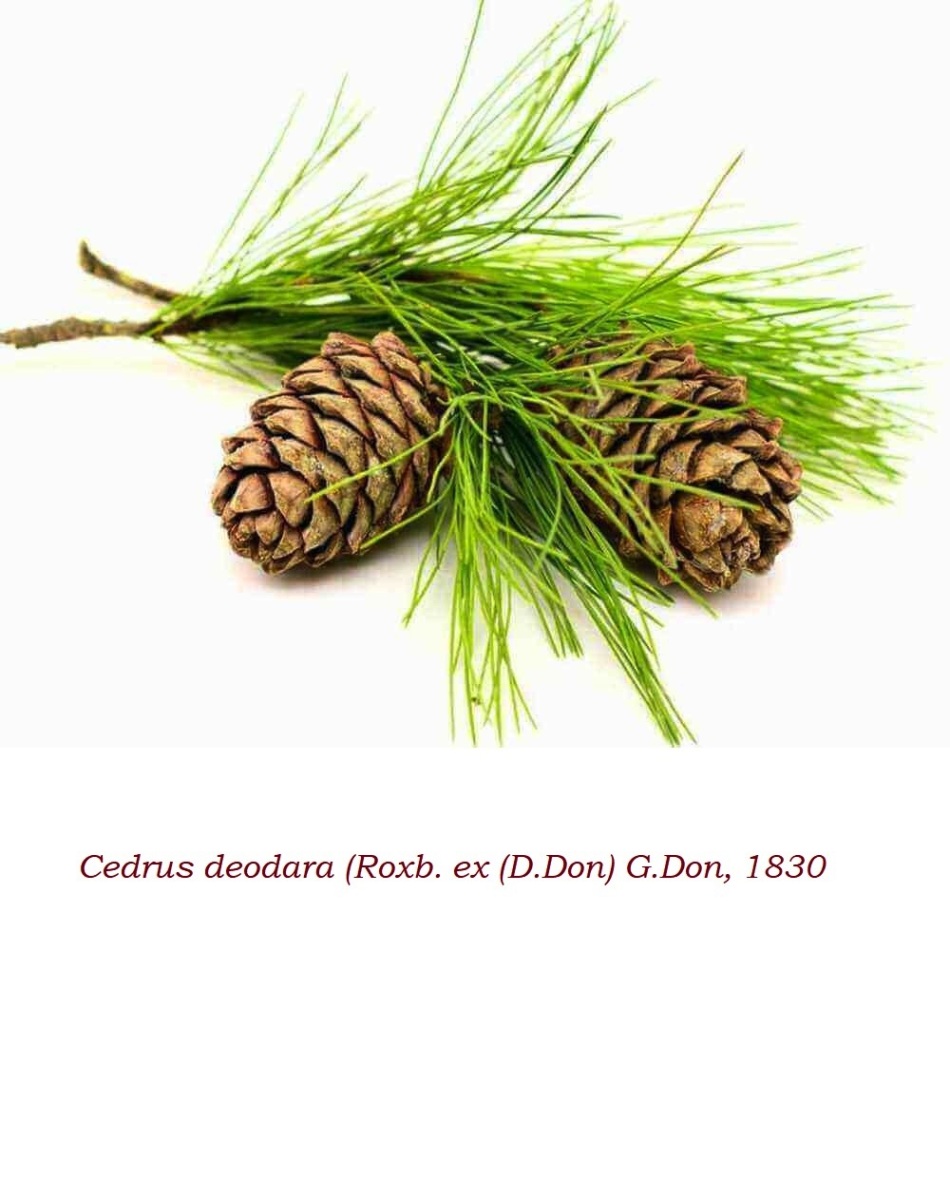 Description –
The Cedrus deodara is a tree that can reach 60 meters in height with a conical pyramidal habit even in old plants, unlike other cedars and with a pendulous tip. The trunk is straight, columnar, with a diameter of up to three meters at the base; has a gray-brown bark, finely cracked. The branches are horizontal and with pendulous ends. The needles are 2.5 to 4.5 centimeters long, with those of the individual macroblasts and spiraled around the branch, while those of the brachiblasts combined with tufts of 20-30 needles. The male cones are 4-7 cm, first greenish and then brownish pink; the female ones mature in two years, becoming woody and long up to 7-13 cm, going from green to brown. The plant bears fruit towards the age of 40.

Cultivation –
The Cedrus deodara is cultivated in Italy as an ornamental species, but we also find it native in Piedmont. It prefers environments at height, on rich and deep soils, well drained and with practically any pH value, and exposure in full sun. It requires irrigation in the initial phase but after rooting it tolerates dryness well, and likes both cold and rainy summers and drier, warmer climates. On the other hand, it is very sensitive to air pollution and salty winds.

Uses and Traditions –
The Himalayan cedar is mainly used as an ornamental species and this is the reason why it was introduced in Europe in 1820. For this purpose some varieties have been selected such as the Cedrus deodara “Pendula” which has a hanging habit and the Cedrus deodara “Aurea” characterized by a golden yellowish green foliage. Indeed, it is commonly found in parks and is greatly appreciated for its beauty and majesty.
It has a less precious wood than that of the Atlas cedar, but, above all in the past, it has been used for religious buildings. It is however a durable wood, resistant to rot and woodworms; for this reason it is used to build floating houses, bridges, railway sleepers.

Preparation Mode –
Cedrus deodara has no other uses as food or for therapeutic or pharmacological purposes.

One thought on “Cedrus deodara”