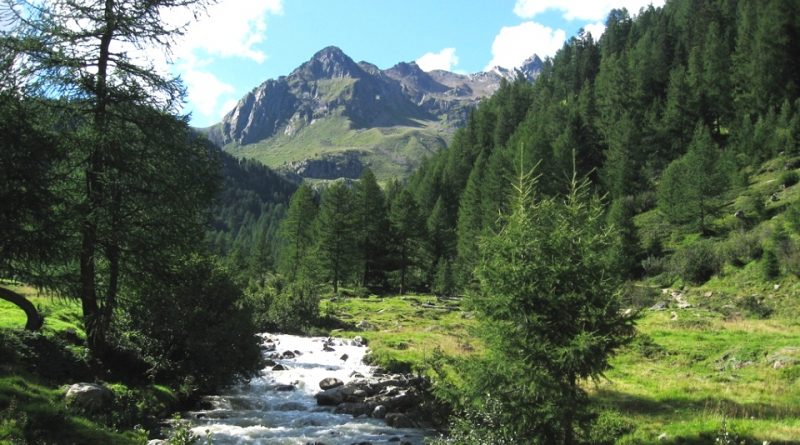 The Gran Paradiso National Park is the oldest Italian National Park and was established on December 3, 1922. It is circumscribed in an area between the Valle d’Aosta and Piedmont and is managed by the Gran Paradiso National Park Authority, with based in Turin. On the French side, it also borders on the French side with the Vanoise National Park. The Gran Paradiso National Park has an extension of 71,043.79 hectares on a predominantly mountainous terrain.
The constitution of the Gran Paradiso National Park is linked initially to the preservation of its symbolic animal which is the ibex (Capra ibex), an animal once very present at high altitudes, beyond the limits of wooded areas and objects, for centuries , of indiscriminate hunting. After centuries of hunting, at the beginning of the nineteenth century, it was believed that this animal had become extinct throughout Europe. It is due to a Valle d’Aosta forest inspector (Joseph Delapierre) the discovery, in the impervious and steep valleys that descend from the Gran Paradiso massif, of a colony of about one hundred specimens.
Thus we arrive at September 21, 1821, when the king of Sardinia, Carlo Felice, issued the Royal Licenses, where he ordered: “It is now forbidden in any part of the kingdoms to control the hunting of the ibex.” In fact, the provision, which, however, except for the exemplary extinction, was not born from an environmentalist feeling but from a pure hunting speculations, as the rarity of these specimens made of his hunting a luxury that the sovereign, thus, granted only to himself.
But the Gran Paradiso National Park had to have a particular history because, in 1850, the young king Vittorio Emanuele II, due to the abundance of hunting, decided to build a royal hunting reserve in those valleys.
The Reserve was officially founded in 1856 (Royal Reserve of Hunting of the Gran Paradiso), whose territory was larger than the current national park as it also included some municipalities of Valle d’Aosta (Champorcher, Champdepraz, Fénis, Valgrisenche and Brissogne) that later they were placed within the boundaries of the protected area. A decision that was not welcomed at the beginning with much goodwill to the inhabitants of those valleys.

From the constitution, for the management of this Royal Hunting Reserve, a supervisory body was established composed of about fifty workers called Royal Hunters Guards; in addition, churches, embankments and municipal houses were restored; helmets were built for rangers and larger hunting houses using local laborers.
The most important infrastructure, however, was the dense network of paved mule tracks to connect the villages with hunting lodges, covering a distance of over 300 km, which served the king and his followers to move comfortably on horseback inside the reserve. Most of them are still practicable today.
The Gran Paradiso National Park is characterized today by a flora that is significantly affected, in its composition of the altitude difference on which it is constituted. In the lower part of the park there are larch woods, prairies, broad-leaved woods composed of aspen, hazel, wild cherry, mountain maple, oak, chestnut, ash, birch, rowan of the birds. At altitudes between 800 and 1200 m are the beech-woods of the Piedmontese side between Noasca, Campiglia and Locana. Higher up, between 1500 and 2000 m we find the coniferous forests. With the Swiss pine, which is widespread in Val di Rhemês and the white fir in the Val di Cogne near Vieyes, Sylvenoire and Chevril. Spruce and larch are very common in all the valleys. Under the larch woods there is a rich undergrowth composed of rhododendrons, blueberries, raspberries, geraniums from the woods, wild strawberries.
Obviously the flora of this park ascribes innumerable species of unique botanical interest. Very special is the presence of the five leaves of pensilvania and the distorted grass of Thomas (present only in North Africa), moreover there is the linnea, the cortusa of Mattioli, the thorny thistle, the spring pulsatilla and the common one, the buttercup of the Pyrenees and the large flowering houseleek. Also of notable botanical importance is the presence of flowers at the 4,000 m limit: campanulas, silene, saxifrage, ranunculus and gentian, as well as precious species such as edelweiss, wormwood and glacial androlace.
Of course, the fauna is also of considerable interest. In the prairies and rocky environments of the Gran Paradiso the most characteristic species is obviously the ibex; typical of the high areas are also the white hare, the alpine chamois, the ptarmigan, the marmot and the golden eagle. Other species present in the wooded areas and in the valley bottom are the roe deer, the deer, the wild boar, the marten, the squirrel, the black grouse, the rock partridge, the marten, the weasel, the ermine, the fox and the lynx.
Unfortunately, the park, in the past, was not a balanced and complete ecosystem. The natural predators were completely absent: the bear and the wolf were extinct for centuries, the others were persecuted at the time of the reserve. The task of the Royal Hunters Guards was to protect the game not only by poachers but also by animals considered harmful and the king rewarded with a strong tip the killing of a lynx, a bearded vulture, a fox or an eagle. Thus, around 1912-13, the extinction of the European lynx and the bearded vulture arrived.
Fortunately today, thanks to surveillance and conservation activities, we are witnessing a gradual rebalancing of the ecosystem; among other things, the bearded vulture was also reintroduced. Even the wolf, rising in Italy, climbing the Apennines, has returned to be seen in the Park in recent years.
For those who want to visit, obviously, the Gran Paradiso National Park can use different means and routes:
By car:
– on the Piedmont side of the Park, from Turin take the SS 460 of Valle Orco, turning on the right at Pont Canavese for Val Soana or continuing up to Ceresole Reale; from Ivrea (Milan motorway junction) follow the SS 565 of Castellamonte which is connected to the SS 460 in Rivarolo Canavese.
– for the aostano aostano side, take the A5 motorway to Aosta and the Mont Blanc tunnel, exiting at Aosta west tollgate for the valleys of Cogne, Savarenche and Rhemes.
On the train:
– the Piedmont side of the Park can be reached from the stations of Turin and Ivrea by public transport;
– the Valle d’Aosta side of the Park can be reached from the Aosta station by public transport.