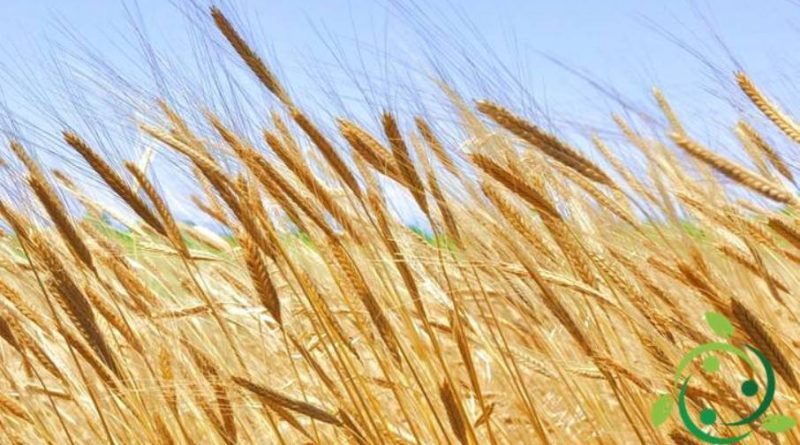 With the term spelled (from the Latin far), we mean three different species of the genus Triticum, namely:
– small spelled or monocock spelled (Triticum monococcum);
– medium spelled or dicocco spelled or simply spelled (Triticum dicoccum);
– farro spelled or spelled or simply spelled (Triticum spelta).
This ancestor of wheat has been used and cultivated by man as nourishment since the Neolithic period. Spelled is the oldest type of cultivated wheat.
In this sheet we will see how to grow spelled in a biological way considering that the cultivation technique of spelled is very similar to that of wheat.
Because of the morphological and physiological characteristics of spelled, the main problems associated with its cultivation can be found in the plains, especially in fertile soils, where the best climatic conditions and the greater nutritional availability can determine an excessive height of the plant, the fragility of the ear, which can affect both harvesting and blasting operations.

In general, in these cases there is a loss of quality of the products (less resistance to cooking). For this reason it is good to choose some more marginal areas, with poorer lands, where the cultivation of wheat is more inconvenient. The spelled is then inserted in rotation in succession to legume species just to use the residual fertility left by these cultivation. Another viable solution, spelled being a very rustic plant, is to make it happen another cereal also in fertile soils and in the presence of wider rotations. The usefulness of spelled in these rotations is linked to the fact that, being a species with nutritional requirements much lower than those of other cereals, it can completely satisfy its nutritional needs with the residual fertility of previous crops, especially in the presence of rotations with the presence of a good density of cultivation with legumes.
As far as the working of the land is concerned, it is necessary to operate with the traditional preparation of the seedbed by plowing and subsequent refinement operations. Given the high rusticity of spelled it is possible to prepare coarse seed beds, also replacing the plowing with reduced processing, such as milling and harrowing, especially with the precession of crops that renew the characteristics of the land. This will obviously lower production costs.
The sowing period is identical to that of the wheat, or even slightly postponed; so it starts at the end of November and until the end of December, also depending on the latitude where you are and the seasonal trend. You can sow both in rows and rows, also considering the equipment you have in possession with sowing density that can oscillate from one quintal to 1.2 quintals per hectare. Dense seeding is appropriate where weed control is more complex. In fact, spelled, having a rather rapid initial growth, and a high competitive capacity against the weeds (also due to its higher size that benefits it), can be sown slightly dense but above all also in advance to allow the crop to quickly cover the surface. For this reason, the cultivation of spelled has the characteristics of greater wholesomeness of spelled, as it does not require chemical treatments against pests and, therefore, is more easily cultivable in organic. For the harvest of spelled, consider that this has a slightly longer vegetative cycle than the wheat for which the threshing should be carried out on average until the middle of July. Remember that the threshing machine must be adjusted to minimize losses due to breakage and ginning of the ears, which are more fragile than those of wheat.