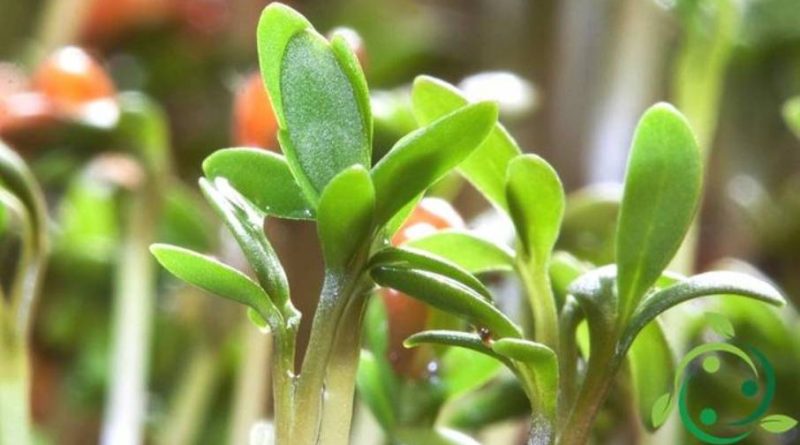 Role of boron in plants

Among the microelements, boron (B) is one of those that acts in the plant in synergy with calcium and has a regulating action in the absorption of other ions (stimulating the absorption of cations and depressing that of the anions).
Furthermore, the boron favors the lignification of the tissues, regulates the absorption of water and actively participates in the enzymatic processes of synthesis of sucrose and starch.
Another important role of boron is to influence the process of differentiation of flower buds and the germination of pollen. Moreover, the boron favors the synthesis of some substances such as flavonoids and pyrimidine bases of DNA and RNA, regulates the hormonal levels within the plant and positively interacts with the macro-elements nitrogen, phosphorus and potassium.
Boron is a microelement that is present in plant tissues in very small quantities, concentrated above all in the young organs, which contain about twice the old ones. It is absorbed by the roots in the form of boric acid and is transported in the plant in a passive manner following the flow of perspiration. For this reason it turns out to be an element that is not very mobile that the plant can not keep in reserve form but absorbing the necessary quantities from time to time.

Nitrogen deficiency is manifested above all in cultivations on soils lacking in organic matter, in acid or alkaline soils and in soils with coarse texture, where the phenomena of leaching of the capillary circulation water are more intense.
Boron deficiency causes an anomalous development of meristematic tissues, both at the ends of the rootlets and at the tips of the shoots. In these conditions the apical buds abort, while the underlying ones produce small, narrow and fragile rosettes of leaves. Other manifestations of the boron deficiency are linked to the slowing of growth and decay) of the soft tissues that take on a blackened color.
According to many international studies, the insufficient availability of boron is the nutritional factor that most conditions the production potential of crops worldwide.
For the boron the requirement for cultivated plants is very limited: it can range from 80 grams per hectare for less demanding plants to 300 grams for the most demanding ones.
The horticultural crops most sensitive to boron deficiency are beets, cruciferous vegetables (rapa, radish, cabbage), tomato and potato solanaceous.
The situations of excess of boron are not rare because for many crops the differential between the concentration in the tissues leading to a deficiency and the one that gives rise to an excess of boron is very limited.
The phenomena of excess occur in soils naturally rich in boron, generally due to the soil matrix or the nature of irrigation water which, especially in the areas near the thermal areas, can register a considerable content of this microelement.
Considering the small quantities involved, even with excess of boron-based fertilization, phytotoxicity levels can be reached, especially if the crop is already in an adequate condition.
The most common manifestation of boron toxicity is that of the yellow punctuations of the leaf blade which can then degenerate into dark and then necrotic areas with advancing toxicity.
Among the vegetables that may be more sensitive to excess boron we remember the strawberry, the bean and the artichoke.
Horticultural products that also tolerate high levels of boron are: carrot, beetroot, onion, lettuce and turnip.