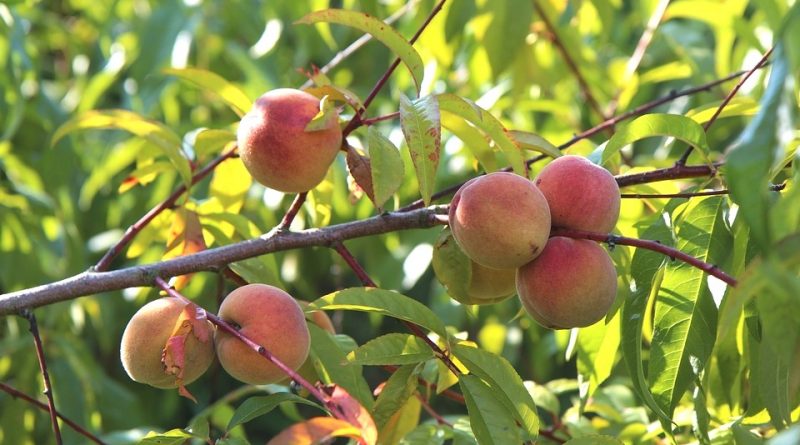 Systematics –
From the systematic point of view it belongs to the Eukaryota Domain, Kingdom Plantae, Magnoliophyta Division, Magnoliopsida Class, Rosales Order, Rosaceae Family and therefore to the Genus Prunus and to the Specie P. persica.

Etymology –
We find the term Prunus in Pliny; it is a Latinization of the Greek προῦμνη proúmne susino, pruno in Teofrasto and Dioscorides, probably derived from a pre-Greek language of Asia Minor. The epithet Persica comes in particular from pérsicum, pomo Persiano, pesco.

Geographic Distribution and Habitat –
Prunus persica is a deciduous tree native to the northwestern region of China between the Tarim basin and the northern slopes of the Kunlun mountains, where it was first tamed and cultivated. Its cultivation spread to Persia (today’s Iran), from where it was subsequently brought to Europe and other temperate parts of the world. 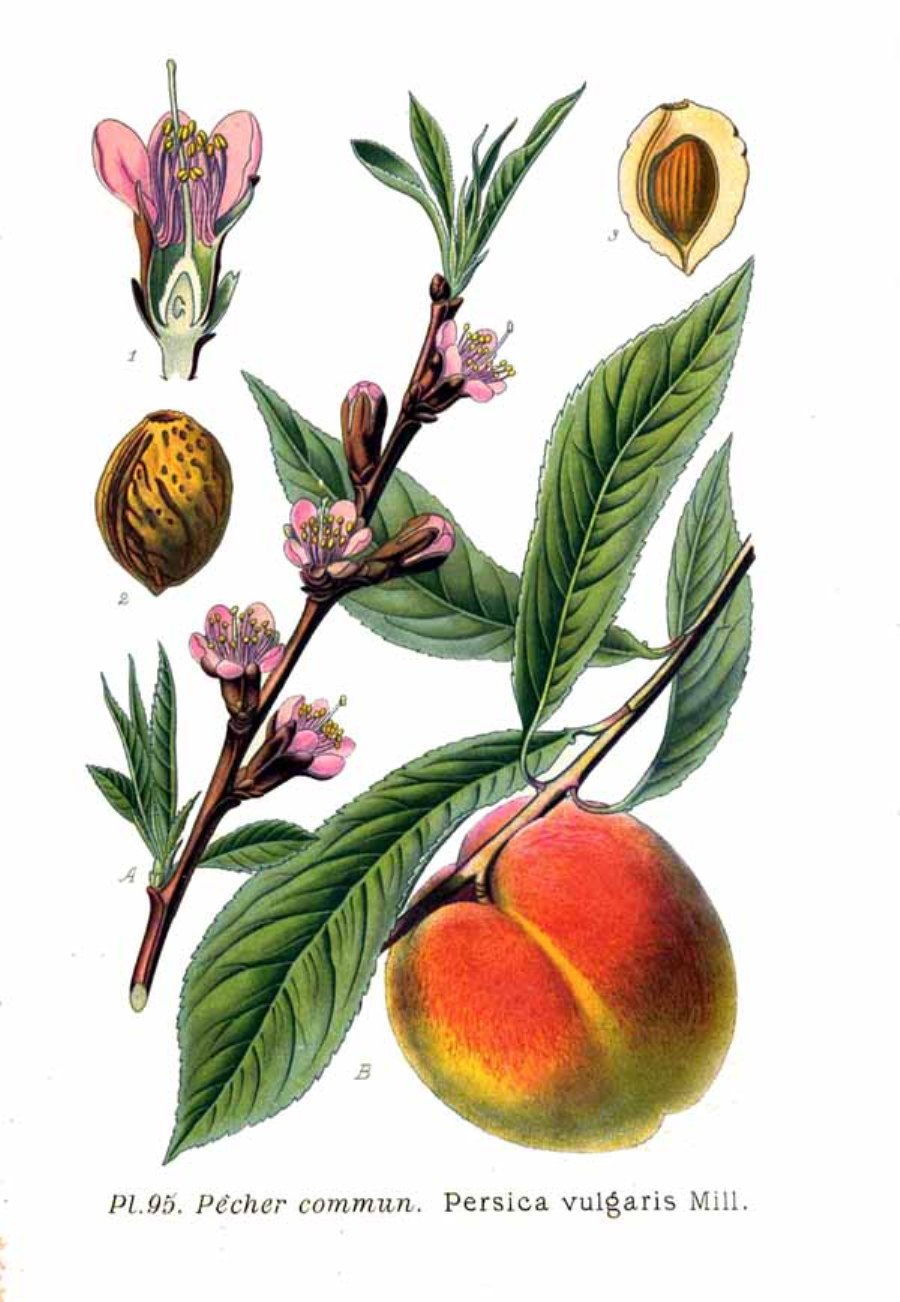 Description –
The Prunus persica is a medium-sized tree that can reach 4-8 meters in height; has a slightly rough brownish bark. The young jets have green shades, often shaded red. The leaves are alternate, lanceolate and the flowers are hermaphroditic brought to the apical area on the young branches. The flowers are pink with differences depending on the variety.
The fruits are drupes of 40-80 mm, subglobose, velvety or glabrous, greenish, yellowish or orange, more or less dyed purple. The mesocarp is fleshy, sweetish; the endocarp is woody, ellipsoid or obovoid, with apicled apex, ventral suture and deep furrows, of 30-35 x 20-25 mm, brown or reddish brown.
The pulp can be adherent to the stone in the percoche, or non-adherent, in the spicagnole peaches. The percoche are less used as fresh fruit and are used for the production of fruit in syrup or for the production of juices.

Cultivation –
The peaches grow in a rather limited range of continental or temperate climates, since the trees have climatic necessities that do not combine with tropical or subtropical areas, if not at high altitudes (for example in certain areas of Ecuador, Colombia, Ethiopia, India and Nepal Most of the cultivars require 500 hours of refrigeration from 0 to 10 ° C. for the cultivation technique you can consult the present sheet.

Uses and Traditions –
The peach boasts ancient traditions of cultivation and symbolism. From the east the peach tree arrived in Persia, from where it was then spread to Europe. In Egypt fishing was sacred to Arpocrate, god of silence and childhood, so much so that even today the cheeks of children are compared to peaches, for their softness and fleshiness.
The cultivation of this plant reached Rome in the first century AD and later thanks to Alexander the Great spread throughout the Mediterranean Sea basin. According to what the Roman writer Rutilio Tauro Emiliano Palladio claimed, the emperor was fascinated when I first observed this plant in the gardens of King Darius III, during the expedition against Persia.
Peach trees are depicted in the wall paintings of the cities destroyed by the eruption of Vesuvius in 79 AD, while the oldest known artistic representations of the fruit are in two fragments of wall paintings, dated to the first century AD. in Ercolano, now kept at the National Archaeological Museum of Naples.
In the modern era Fishing was brought to the Americas by Spanish explorers in the 16th century, and eventually it arrived in England and France in the 17th century, where it was considered a prized and expensive fruit. It seems to have been the work of the horticulturist George Minifie who allegedly brought the first peaches from England to his North American colonies in the early 17th century, planting them on his estate in Buckland, Virginia.
Many parts of the peach tree, such as bark, roots, leaves and seeds, contain small quantities of substances from which cyanides, toxic; nevertheless, for the modest content these substances have been used traditionally (above all the leaves) to flavor the liqueurs, for their pleasantly bitter taste.

Preparation Mode –
The peach is consumed fresh with the whole peel or deprived of it. It is also consumed in fruit salads. It is used to make juices, syrups, jams and even sweets (Peach Melba) or to prepare ice cream and granita. It is consumed, always as a dessert, with wine, sugar and a few drops of lemon. A traditional Piedmontese recipe is that of stuffed peaches with a mixture of eggs, sugar, crumbled amaretti and cocoa.