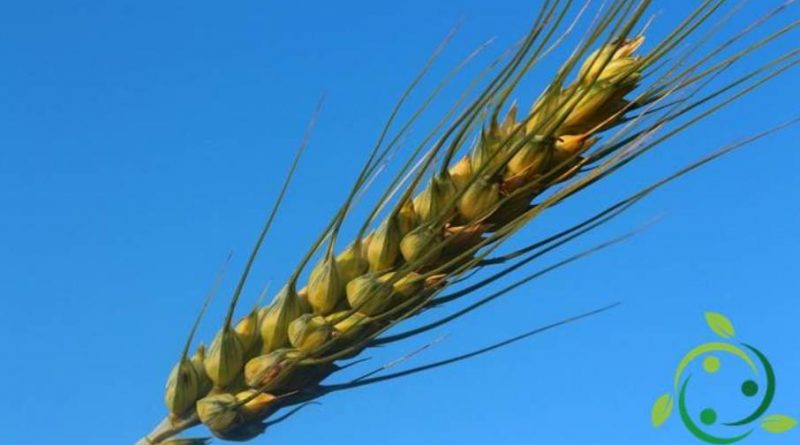 The spike is a simple inflorescence (typical of Poaceae) formed by numerous flowers that are devoid of peduncle (sessile); these are inserted on a central rachis.
Although the spike is a typical structure of Poaceae is not exclusive to this family.
A variant is the ear of spikes which is instead a compound inflorescence; this consists of a central spine on which simple spikes are inserted.

In the genus Triticum each culm leads to the apex the inflorescence that in wheat is a spike, with simple sessile flowers. Each spike consists of a rachis, consisting of short internodes, which carry a spikelet to each tooth. Each is formed by two glumes, which contain several flowers, not all of them fertile, each containing an ovary and three anthers. Each of the flowers protected by two glumette, one lower and one upper. In the inner part of the lower glumetta there are two lodges (squamette that swelling, after flowering, cause the glumette to open).
The term spiga comes from the Latin spīca, which literally means “tip”, then “spiga”.