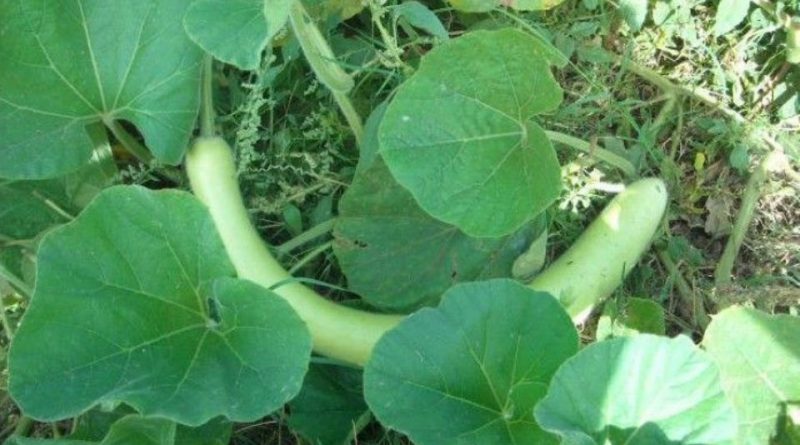 The Sicilian courgette, also known by the names of zucchini from pergola or Sicilian snake gourd (Lagenaria longissima) is an herbaceous species belonging to the Cucurbitaceae family.

Systematics –
From a systematic point of view it belongs to the Eukaryota Domain, Kingdom Plantae, Magnoliophyta Division, Magnoliopsida Class, Violales Order, Cucurbitaceae Family and therefore to the Lagenaria Genus and to the L. Longissima Species.

Etymology –
The Lagenaria term comes from lagena = lagoena (latinization from the Greek λάγυνος lágynos) narrow neck vase, wide of belly and with a single handle, but also bottle, pitcher: reference to the use of pumpkins of this kind as containers for liquids. The very specific specific epithet is in reference to the length that can reach its fruits especially in the cultivation in pergola.

Geographic Distribution and Habitat –
The origins of the longest Lagenaria are not certain; seems to have arrived in Europe from tropical Asia. Today it is cultivated in all temperate zones and in Italy above all in Sicily. 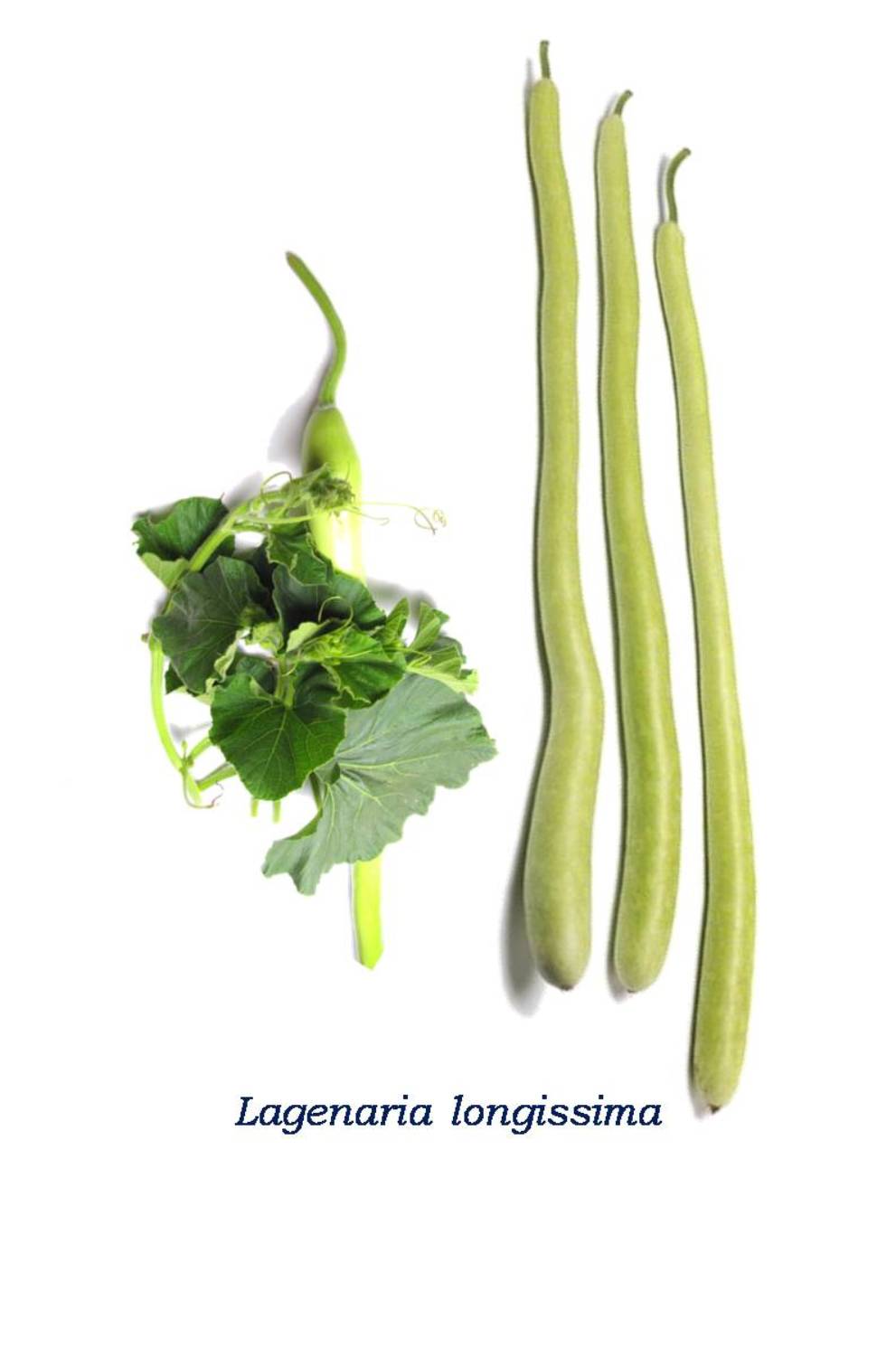 Description –
Lagenaria longissima is a climbing species that uses specific tendrils, which are modified stems with support function, allowing the plant to cling to other plants or to various supports. The leaves are covered with a dense hair that make them take on a velvety appearance. The fruit, as with other courgettes, is produced by female flowers; the latter are found on the secondary branches that arise from the main jet. The male flowers are generally whitish and inconspicuous. The fruit is long and tapered with numerous seeds, elliptical, flattened gray. The length of the fruits varies according to the cultivation technique. With pergola production systems and excellent equipment of organic substance can reach even two meters in length; in spontaneous cultivation on the ground it curves and takes the typical form of a snake. In general, the fruits (zucchini) are narrow (a few centimeters in diameter).

Cultivation –
Sicilian zucchini is grown both for its fruits and for the tender parts of the plant (tenderis). The harvesting of courgettes generally takes place from June to September, while the harvesting of the tops for cooking as tenders can take place as early as May.
The growth rate of the zucchini is very rapid compared to common pumpkins. In fact it can reach and exceed the meter in length in just a few days. It adapts well to various types of soil, with preference to those sandy and light rich in organic matter, where it develops an impressive root system. It requires abundant irrigation, possibly by sliding because of its very extensive root system. For the cultivation technique you can consult the present sheet.

Uses and Traditions –
Sicilian courgette is a typical vegetable cultivation and often finds a place in family gardens and for amateur productions. In some regions even competitions are made between the amateur producers for those who can produce fruits of greater length (which are obtained with pergola support systems).
In addition to the courgettes, especially in the Sicilian markets, the famous “tinnirma” are sold, that is, tender. The history of the longest Lagenaria sinks in the mists of time, and not so to speak: the first traces of this species date back to findings dating back over 7,000 years BC. so much so that it seems to have been the first known species of pumpkin in the world, cultivated by the Phoenicians and used in India and Africa for the creation of musical instruments. In addition, these are among the main ingredients of that “survival cuisine” which, in times of poverty, led to the treasure of every edible part of the plant.
Famous is the Sicilian saying, referring above all to this species of zucchini: Cònzala comu voi, sempri cucuzza is: “Season it as you wish, but it is always a courgette”. Referred to an insipid person or a situation difficult to improve.
Although in itself has a taste perhaps a bit ‘neutral, this zucchini is very used especially in the typical Sicilian cuisine.

Preparation Mode –
The uses of Sicilian zucchini are varied, as they use both the fruits (zucchini) and the tender tips (tender). The fruits and the sweeteners can be boiled and seasoned with extra-virgin olive oil; this represents one of the greatest uses of this vegetable. It is possible with the Sicilian zucchini to prepare excellent soups (for example, the Cilento green soup) or eat them with pasta in a delicious first course, traditional Sicilian, Cilento and Neapolitan cuisine.
In Sicily, the sweets are also used in creative cooking along with sea urchins and various other mixed vegetable soups. Typical is the pasta with the tenderis, with tomato, garlic, extra virgin olive oil and with different variations.
Characteristic is the dish to “cucurummau”; a dish made of zucchini, tomato and egg, with different variations, typical of the so-called “poor” Sicilian cuisine but full of imagination and tastes.