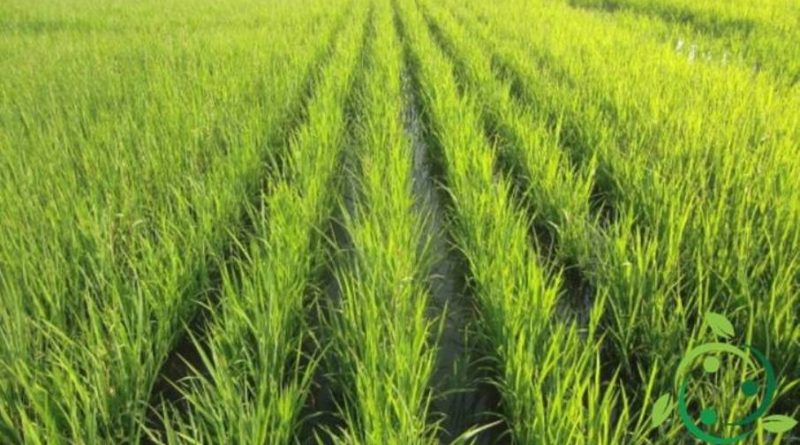 How to grow rice organically

The rice (Oryza sativa L.) is an annual herbaceous plant of the Gramineae family, of Asian origin that together with the Oryza glaberrima, from the red pigmented pericarp cultivated in Africa, is one of the two species of plants from which rice is produced. The cultivation of organic rice is assuming an increasing interest in recent years, so it is good to dwell on what are the most appropriate techniques and, ultimately, how to grow rice in a biological and low water consumption, which today will become more and more a fundamental factor. In the cultivation of this cereal water is an element that performs the important function of thermal flywheel, reducing excursions between day and night, so it must be topped up several times during the summer, up to the final dry which precedes little threshing in September-October.
To reduce water consumption, it is necessary to start with preliminary work and surface arrangements. Light plowing must be carried out, no more than 15 cm deep in the period between the end of April and the beginning of May; then you have to level the ground with a minimum slope (around 0.02 – 0.03%, to facilitate water flow, and here we need laser levelers) after which you must plant with precision seeders, and here you can increase the density sowing to contrast the competition with weeds more. At this point it is necessary to carry out a harrowing and a subsequent rolling, with a toothed roller, to reduce the compaction.

After these operations it is necessary to create the little holes at 40 – 45 meters away from each other and to practice the first irrigation. With this technique and this system of sliding accommodation and irrigation you can use up to 40% less water than growing corn, sorghum or alfalfa. Subsequently, according to the seasonal trend and the temperatures it is decided how and when to give more water. No further action will be needed until the harvest.
For a good organic production of rice the rotation technique becomes fundamental. An optimal rotation can be: wheat, on, rice, clover, vetch or wheat, which allow an increase of the organic substance of the soil. Among the species introduced in the rotation plans must be relevant to the green manure species, which enrich the soil with a precious organic substance. Among other things, on the rotations, the Ministerial Decree 18354 of 2009, which integrates the art 12 of the EU Reg 834/07, allowed the rice to succeed itself for a maximum of three cycles followed at least by two cycles of main crops of different species, one of which intended for leguminous plants. Fundamental is then the management of weeds of rice fields, obviously without the chemical weeding. One of the most important techniques is the so-called false sowing, a practice that consists of carefully preparing the soil without sowing, weeding weeds as they germinate, and then finally sowing the rice. Other techniques that are the subject of recent research promoted by the National Risi Office and by other bodies can be:
– the sowing in rows in dry, that allows the mechanical weeding before the submersion;
– green mulch with plants cultivated before rice and rolled on the ground;
– transplanting seedlings of rice sown in specialized nurseries.
Another fundamental aspect is that of fertilization: organic rice must not be fertilized too much as it faces more problems of entrapment and can be damaged by brusone, the most frequent fungal disease for this species. The fertility of the soil must be maintained with fertilizers or fertilizers and for the possible phytosanitary treatments to the brusone it is possible to use microorganisms like the Bacillus subtilis.
With the final combine harvesting, the paddy is collected, which must be dried and then brought to the rice mill, where it is subjected to husking (from which the brown rice is obtained) and to the pearling which turns it into white rice, faster to cook but depleted valuable nutrients for the body.
The husk and the rice husk, that is the waste of these processes, are organic fertilizers allowed in organic farming that must go to reintegrate the fertility of the soil.
The average yields of this production system, in organic, are around 80 quintals per hectare but with a final price that is higher than that of conventional rice.