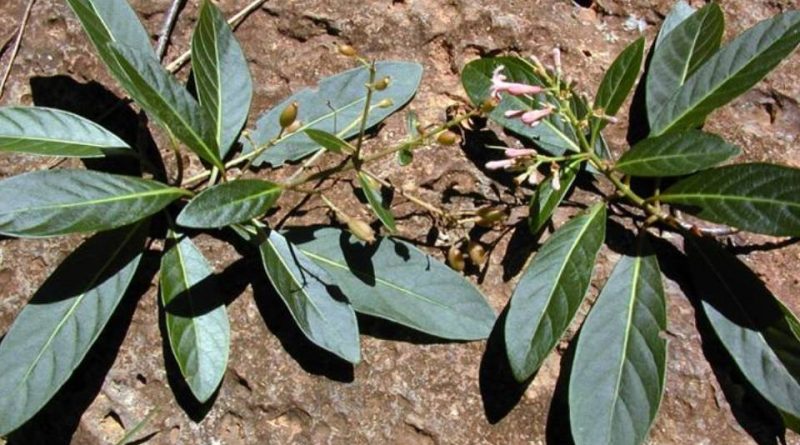 The China, or China calisaia (Cinchona calisaya Wedd) is an arboreal plant belonging to the Rubiaceae family.

Systematics –
from the systematic point of view it belongs to the Eukaryota Domain, Kingdom Plantae, Magnoliophyta Superdivision, Magnoliopsida Class, Rubiales Order, Rubiaceae Family and then to the Cinchona Genus and to the C. calisaya Species.

Etymology –
The name Cinchona derives from Ana de Osorio, countess of Cinchon and wife of the viceroy of Peru, who according to the legend discovered on herself the virtues of the bark of China, healing from malarial fevers and deciding to import into Europe (1639). The specific epithet calisaya comes from the name of a Bolivian Indian who taught the uses of quinine to the Spaniards.

Geographic Distribution and Habitat –
The Cinchona calisaya is an arboreal species native to central-southern America (between Peru and Bolivia), with crops in India, Java, Antilles. Its habitat of origin is the fresh, humid one of the mountain regions of the Andean rainforests. It prefers an average annual rainfall between 2,500 and 3,000 mm, but tolerates 1,400 – 3,800 mm. 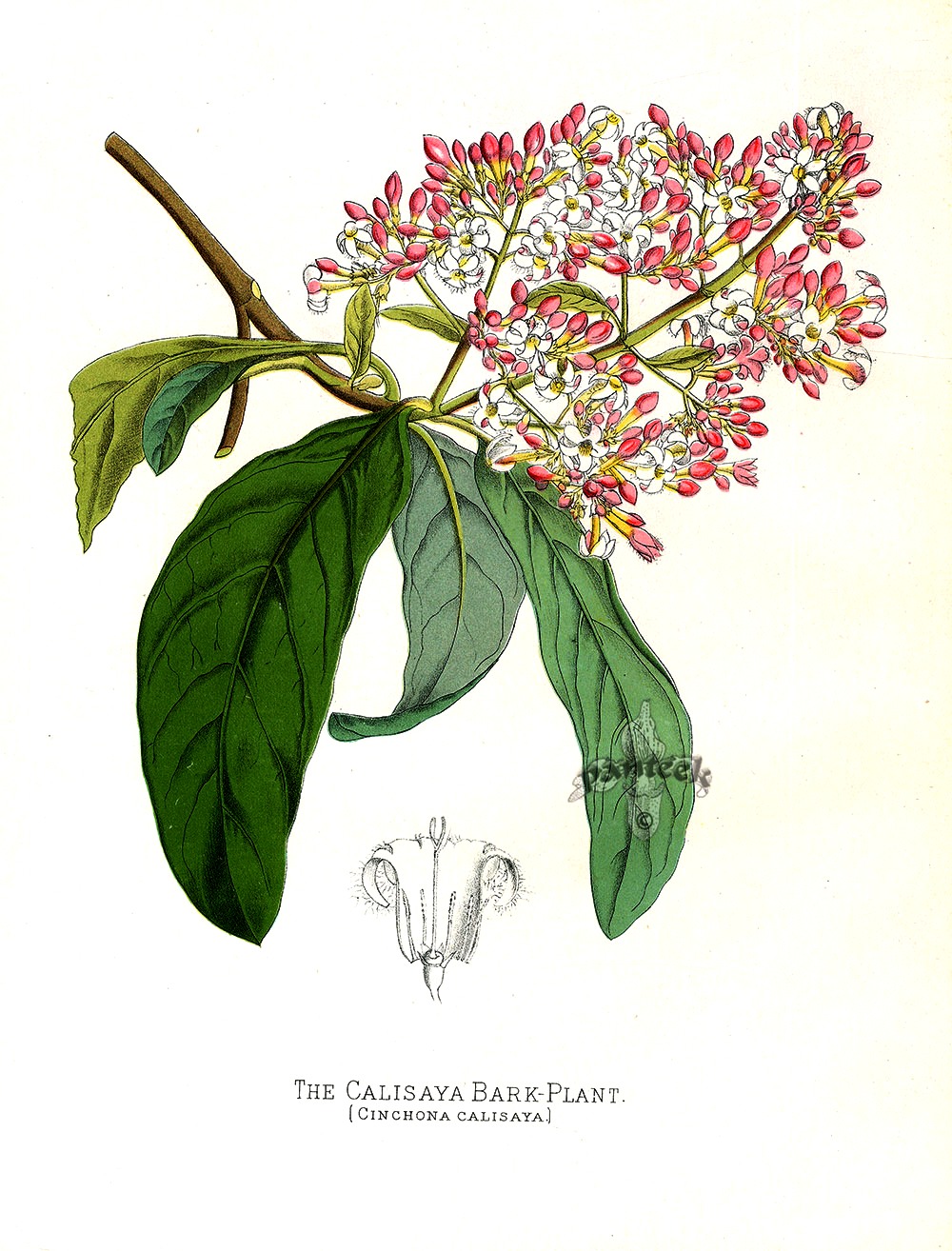 Description –
The Cinchona calisaya is a shrub or tree that can grow from 6 to 30 meters, with rough, gray-brown or whitish bark. The flowers are flesh-pink, with a long-stemmed corolla-shaped corolla, expanded at the top in 5 lobes with white eyelashes at the edges. the flowering of this plant is between August and the beginning of autumn.

Cultivation –
China is a species that grows well in warm-humid climates. It grows best in areas where the annual daytime temperatures are between 17 and 24 ° C, but can tolerate temperatures between 7 and 28 ° C. Does not tolerate temperatures below 5 ° C. It is found in fact in cultivations in the humid tropics, at altitudes from 400 to 3,000 meters; it requires well-drained, moist soil and a position in full sun or partial shade; prefers a pH between 5 – 6 and tolerant limits between 4.5 and 6.5. Plants start to flower after 3 – 4 years and are uprooted and harvested after 8 – 12 years. In commercial plantations, the trees are coppices about 6 years old.

Uses and Traditions –
The bark of Cinchona calisaya, together with several related species, has been shown to contain quinine, an effective antimalarial and febrifugal.
The species is known for use in the pharmacopoeia of the alkaloids present in the cortex. It was used until the early decades of the twentieth century for the extraction of quinine, a substance used in the prevention of malaria. currently quinine, extracted from the bark of the tree, is also used as a bitter aroma in tonic water and carbonated drinks.
The bark contains various alkaloids, in particular quinine and quinidine. Quinine represents 70 – 80% of the total alkaloids contained in the cortex. The bark is bitter, astringent, toned, lowers fever, relaxes spasms, is anti-malarial and performs a slowing down of the heartbeat.
The bark of China is used for various preparations, such as tablets, liquid extracts, dyes and powders even if its use is better known for the treatment of malaria, neuralgia, muscle cramps and cardiac fibrillation. The liquid extract is useful for the treatment of intoxication states and also used for gargle protection against sore throat. However, high and too constant doses must be avoided, since they produce headaches, dizziness and deafness. In addition, the powdered bark is often used in toothpastes for its astringency. The plant was used by the natives of South America, in ancient times, in medical therapies to treat fever and a number of other applications.
At the beginning of the seventeenth century, Europeans realized the effectiveness of this tree’s bark in the treatment of malaria and, over the next 200 years, the trees were enormously overfished in nature until commercial plantations were finally established in Java.
Subsequently, quinine was largely replaced by synthetic drugs in the second half of the 20th century; in recent times it has returned to be very important in the treatment of malaria because various strains of malaria have developed resistance to synthetic active ingredients.

Preparation Mode –
Currently, quinine, in the form of hydrochloride, is used as a bitter aroma in tonic water, carbonated drinks and other alcoholic beverages.