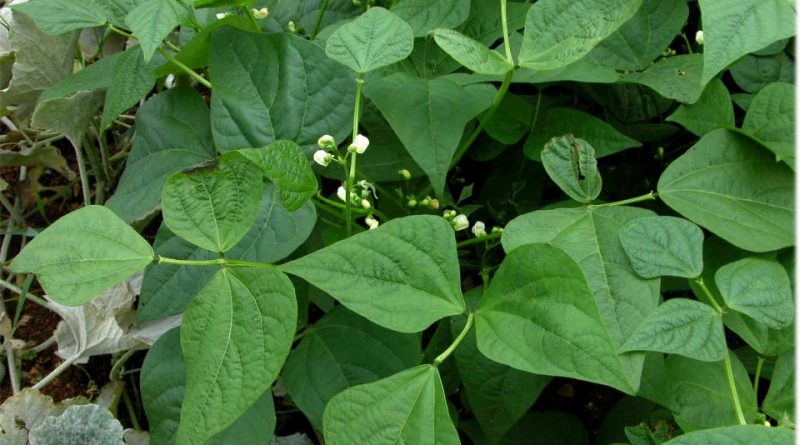 The common bean (Phaseolus vulgaris L., 1758) is a herbaceous species of the Leguminosae family (Fabaceae).

Etymology –
The term bean comes from the Latin phaseolus, which was the name by which this plant was called. The specific epithet vulgaris comes from vúlgus, vulgaris: that is very common, ordinary for the great diffusion, banal.

Geographic Distribution and Habitat –
The bean is native to South America, between Peru and Colombia and is widespread above all in Asia. In the Mediterranean basin the largest bean producer is Spain, followed by Portugal, Italy and Greece. 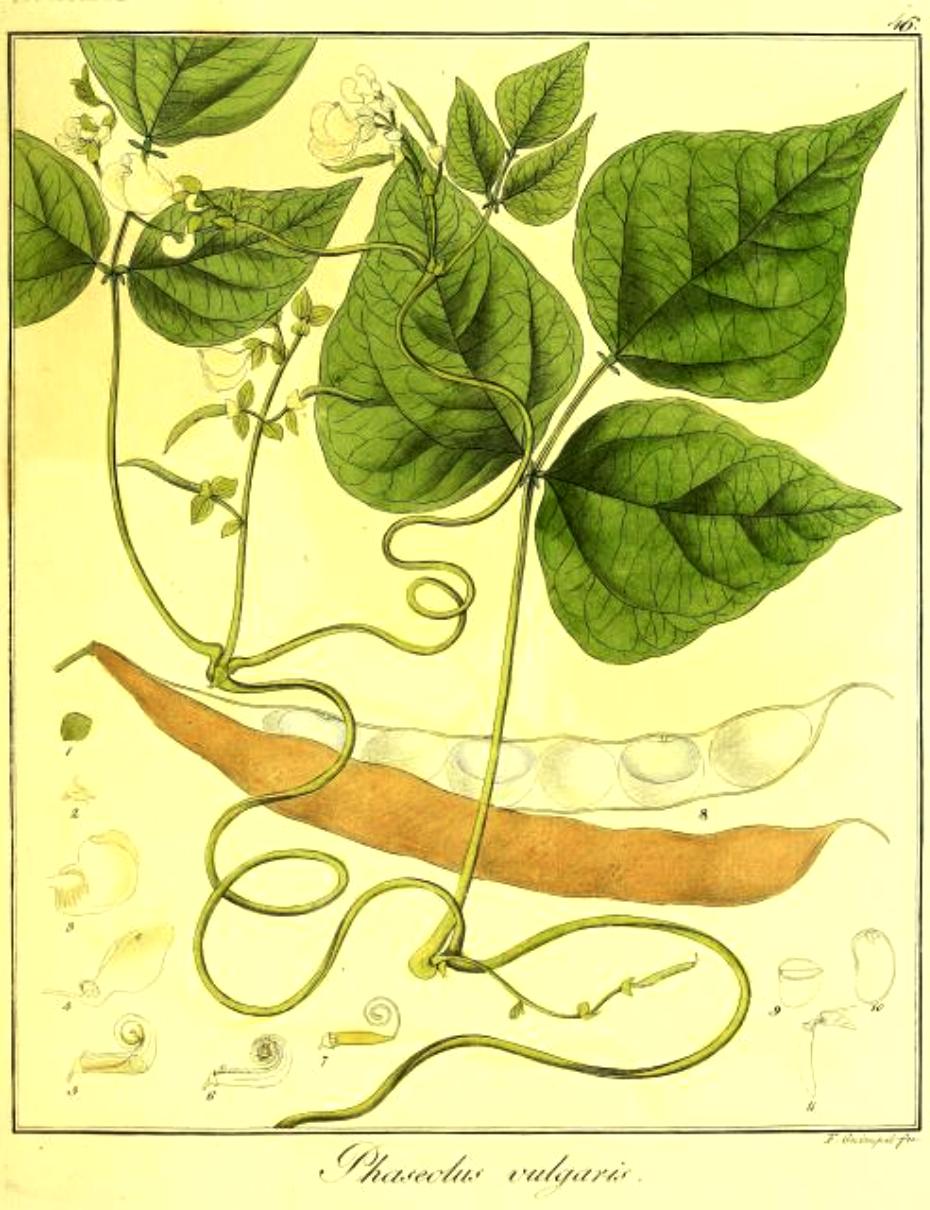 Description –
Phaseolus vulgaris is a rapidly developing annual herbaceous species; the root system is very branched and superficial, angular stems, of height and variability, from dwarfs to climbing plants. Beans can be of definite growth (dwarf species) and of indeterminate growth (climbing species). Dwarf beans are the most suitable for field cultivation. Climbers lend themselves well to the ortense culture where the harvest is scalar and manual.
The first leaves are simple, the successive ones are instead trifoliated with leaves in the shape of a heart.
The flowers are grouped in clusters in a variable number from 4 to 10, to the axil of the leaves, of a prevalent white color, with cleistogamic bloom, which determines a strict autogamy, for which the variety is identified with the pure line. The fruits are pendulous legumes, with several seeds and very variable in shape, color and size, 60 to 220 mm long, straight or curved.
Anatomically it is important the presence or absence in the pod of fibrous tissues that determine the type of use. There are two types of pod structure:
– Pods whose valves are easily separated by the presence of a fibrous cord along the welding lines (“wire”) and have layers of fibrous fabric (“parchment”) within each valve: these are typically the varieties for use of the seed;
– Pods without wire and parchment and so they are tender and fleshy for a long time, which are those for the whole food use, commonly called string beans.

Cultivation –
Depending on the morphology of the pod the beans are therefore cultivated for the seeds, picked fresh (beans to shell) or dried, or for the entire legume to eat fresh, as in green beans.
The longer vegetative cycle varieties, in the temperate regions, are sown in spring, those with the shortest cycle in summer. In the case of climbing beans it is necessary to place supports.
Due to its characteristics and given the brevity of the vegetative cycle, the bean can be inserted well in certain cultural systems as intercropping culture. Moreover, it can be inserted between two wheat crops and in this case it is advisable for the bean to return to the same soil at intervals of not less than three years to prevent the development of terrestrial fungi.
For the cultivation of the seed bean you can consult the following card while for the green beans this other contribution.

Uses and Traditions –
The Phaseolus vulgaris was imported, following the discovery of America, in Europe where there were only beans belonging to the Vigna genus, which are of sub-Saharan origin: beans of the genus Phaseolus have spread everywhere supplanting the group of the ancient world, as they have proved to be easier to grow and more profitable, as the yield of Phaseolus is twice that of the Vineyard. It is said that the introduction of the “Phaseolus vulgaris” in Europe was the work of Christopher Columbus returning from his second trip to the Americas and that the cultivation of this legume began to spread in Northern Italy, precisely in the Belluno area, thanks to the academic Giovan Pietro delle Fosse who received the bean seed as a gift from Pope Clement VII.
Today in the world over 25 million hectares are cultivated for the production of dried beans, for a total of 18 million tons; with this production beans, among grain legumes, are in second place in importance after soybeans.
The importance of the bean, especially in the diet of the Middle Ages, was such that Umberto Eco even claimed that in Europe the cultivation of beans during the Middle Ages had a decisive impact on the demographic increase, claiming that: “Without the beans the European population does not it would have doubled in a few centuries, and today we would not be hundreds of millions … “.
Like all legumes, beans are the most vegetable-rich foods of fiber and proteins. The percentages of proteins vary depending on the species, but it can be said that for 100 g of cooked product, there is a percentage of proteins between 8 and 20%. Among other things, they have a reduced fat content, lower than that of soy.
Raw bean seeds and even unripe fruits are often the cause of poisoning in children, as beans are recognized as food. Only through long cooking is the poisonous protein destroyed: the fasina which is a toxic agglutinin also contained in soybeans.

Preparation Mode –
The way the beans are prepared is so high that it would take a real treat to describe them all; this is also linked to the great genetic variability and to the presence of seed beans or beans for whole consumption (green beans). They range from salads, soups, side dishes and so on. The beans are therefore extremely versatile in the kitchen, they are combined with many ingredients but they are not very fast to prepare. Soaking (if they are not fresh), and cooking, take a long time. For this reason the pressure cooker can help: the fresh beans cook, covered with cold water, in 15-20 minutes, while the dried ones in 40-45.