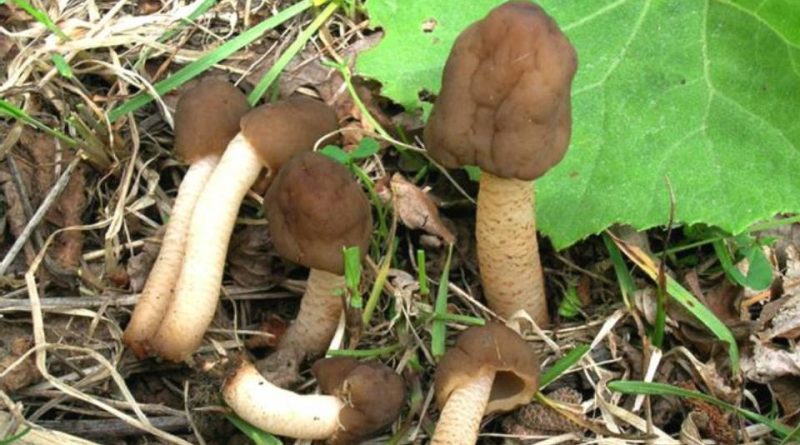 The Verpa conica (Verpa digitaliformis Pers., 1822) is a spring mushroom with a very long stem belonging to the Morchellaceae family.

Systematics –
From a systematic point of view it belongs to the Eukaryota Domain, Kingdom Fungi, Ascomycota Division, Pezizomycotina Subdivision, Pezizomycetes Class, Subclass Pezizomycetidae, Pezizales Order, Morchellaceae Family and then to the Verpa Genus and to the V. Digitaliformis Species

Etymology –
The generic term Verpa derives from vérpa, penis, virile member, for the shape of the carpophore. The specific epithet digitaliformis by digitalis, ie for the shape, size, shape and appearance of a finger.

Geographic Distribution and Habitat –
The Verpa digitaliformis is a saprophyte species, with almost exclusively fruttification in spring, especially in broad-leaved woods, on the edge of meadows, in rather humid areas or along watercourses. 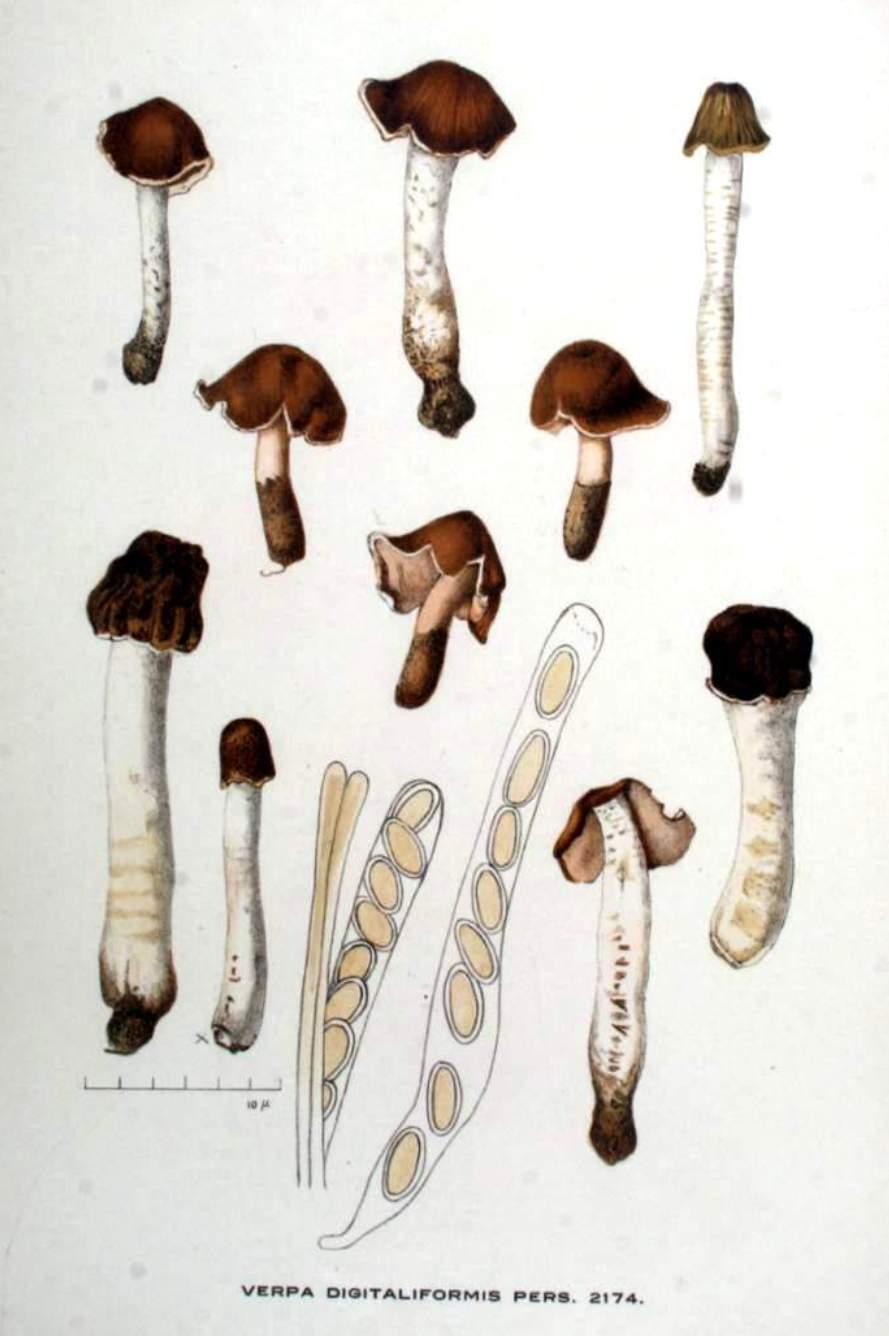 Description –
The Verpa conica is characterized by the long stem with a hat that vaguely resembles the miter of a Morchella (although without the features introflessioni in the meat) and in fact its kind belongs to the family of Morchellaceae. The hat (miter) has dimensions of 2-3 cm, with ocher-brown color, rather small, shaped like a thimble at the top of the long stem that measures 6-12 x 1-2 cm, particularly tapered, cylindrical, hollow, fragile , finely velvety and white-ocher. The meat is quite fragile with a sperm, light and inconstant smell; the taste is sweet, very pleasant. The spores are 25-33 x 15-19 μm, ellipsoidal, smooth, hyaline, cream-colored in mass. The asters are octosporic.

Cultivation –
As for the Verpa conica there is no detailed information on its specific cultivation. However, there are cultivations of spugnole over the Alps by the French, which are lovers of tradition in the morels in gastronomy. Both in France and in Turkey they have succeeded in cultivating morels on mulches or composting, or on organic substrates coming from apple processing and subsequently enriched with both organic and inorganic nutrients.

Uses and Traditions –
The Verpa digitaliformis is a fungus of excellent edibility but to be consumed with extreme caution because, according to recent studies, it contains traces of Gyromitrina, a dangerous thermostable mycotoxin. In fact, Gyromitra Syndrome has never been observed, which is caused by the consumption of this species, but this does not mean that particular caution is required. In general, however, moderate consumption should not cause any problems.

Preparation Mode –
This mushroom should never be consumed in abundance, let alone in multiple meals; it is also advisable to consume it after adequate cooking for at least 15/20 minutes.