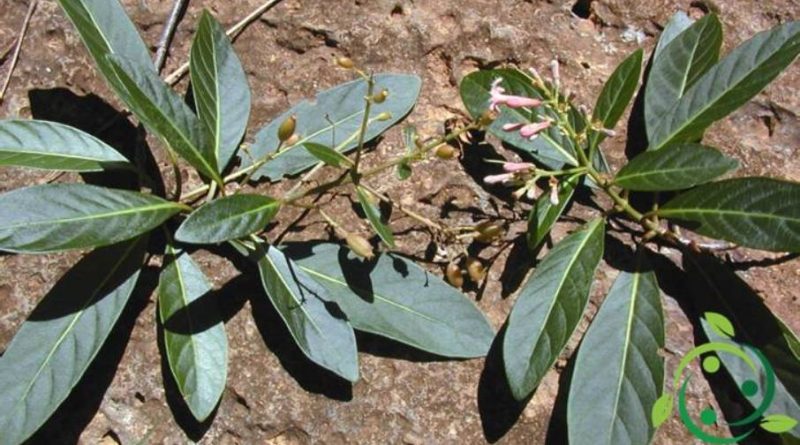 Quinine is an alkaloid of natural origin having antipyretic, antimalarial and analgesic properties; the brute chemical formula of quinine is: C20H24N2O2.
The quinine takes its name from the plant from which it is extracted, namely the Cinchona calisaya, or China calisaia; this is an arboreal plant originally diffused in the Andes and known for the pharmacopoeia use of this alkaloid present in the bark. C. calisaya was known as Peruvian bark and was used, until the early decades of the twentieth century, for the extraction of quinine, a substance used in the prevention of malaria.
According to a legend, the name of the genus derives from Ana de Osorio, countess of Cinchon and wife of the viceroy of Peru, who discovered the virtues of the bark of India, healing from malarial fevers and deciding to import it in 1639 in Europe.
Linnaeus, giving faith to this legend, but historically not very probable, in honor of the Chinchón, gave the name of Cinchona to the genus to which the tree of the china belongs.
It is more likely that the history of quinine is linked to the Jesuit Bernabé Cobo (1582-1657), who explored Mexico and Peru, who introduced it to Europe. The Jesuit brought the berries of this plant from Lima to Spain and then to Rome and other parts of Italy in 1632; hence the name with which the quinine of “pulvis gesuiticus” was known.

The first extraction from the bark of the Indian tree and the isolation of this alkaloid occurred in 1817 by the French researchers Pierre Joseph Pelletier and Joseph Bienaimé Caventou, who called it quinine. The first chemical synthesis of alkaloid quinine dates back to 1908. It was discovered in 1856, but it was only carried out in that year by the chemist Paul Rabe. The active substance of quinine is called quinoline-methanol.
After the first introduction in Italy, only a century later, Federico Torti, described and started the medical-therapeutic use of quinine. The discovery of the qualities of quinine was recognized in 1906 by the famous medical journal “Lancet” which gave credit to the important action carried out by the Jesuits.
Quinine is a potent drug that performs an effective action against the four plasmodium species; also interfering with plasmodium DNA.
Quinine was in fact the drug mainly used to treat malaria until the discovery of chloroquine. Nowadays quinine is returning again as a cure remedy, since there have been important and widespread resistance towards chloroquine.
In fact, even today, quinine proves to be the best remedy for the treatment of malaria because it quickly eradicates the parasite and eliminates the feverish state, even if, causing hypoglycemia, requires monitoring of patients and the administration of glucose intravenously.
The quinine, however, has some contraindications, as it is a drug with high toxicity that occur with side effects (cinchonism syndrome) that often persist even after discontinuation of therapy and is also contraindicated in some cases of patients with conduction disorders heart.
Other uses of quinine are food-type where in the form of hydrochloride and in small amounts it is found in tonic water, in the Red Martini, and in other beverages.