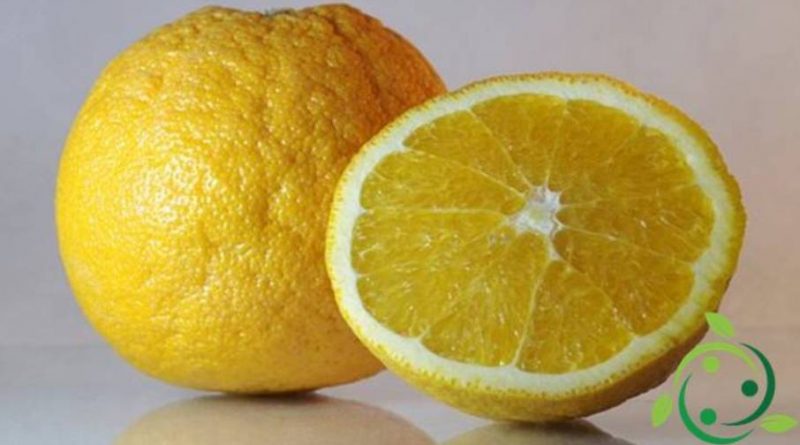 Esperidium is a pulpy fruit, from the botanical point of view, identifiable as the modification of the berry; but unlike most of these (as in tomato, aubergine, peprone, etc.), Esperidium is not edible in its entirety (except for kumquat).
Esperidium is the typical fruit of citrus fruits and in particular of some species of the Rutaceae family; we mention among these the species belonging to the genus Citrus (lemon, mandarin orange, grapefruit, bergamot, cedar, etc.).
The term esperidio derives from the Latin hesperĭdes, in its turn originated from the Greek hesperídes, ie the Hesperides who were figures of Greek mythology, daughters of the Night and of Erebus; these according to the legends, guarded the garden of the golden apples of Hera; they were also called Atlanteans (Ἀτλαντίδων) by their famous father, the Titan Atlantis.
Esperidium is characterized by the following tissues:

– the thin epicarp, which is rich in glands and colored (the flavedo) from light yellow to pink, orange or green, with various shades also depending on the degree of ripeness of the fruit. The epicarp is the colored part of the peel and, inside, in the outer part, contains many lisigene pockets containing essential oils. It can be used dried in the kitchen, the so-called rind, to season or aromatize particular sweets or dishes;
– the mesocarp, which is white, spongy and dry (the albedo), below the flavedo and is the white part of the peel; this is a porous parenchyma that is packed with air pockets. The albedo can be transformed into candied and marketed under the name “succade”.
– Below the albedo we find the endocarp; this is divided into septa, which take the name of slices (which come from the modification of the ovarian lodges) and is rich in multicellular “hairs” filled with juice and seeds (these may be lacking in apirene varieties); the segments are arranged with radius symmetry around the axis (the carpellar column) of the fruit; the endocarp is the edible part of the fruit of the citrus fruit and can be of various colors, similar to that of the flavedo, and also according to the degree of ripeness of the fruit.
A particular morphology of the peridium is that of the Navel variety of sweet orange (Citrus sinensis (L.) Osbeck, 1765), which have more verticilli of carpels that form the classic navel of the fruit.