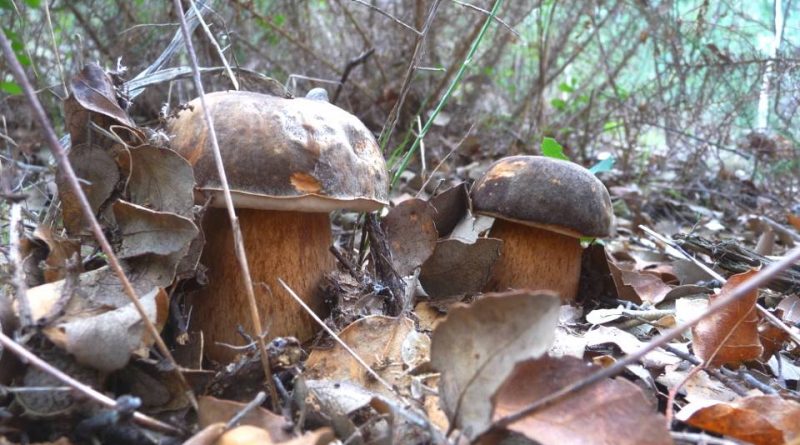 The black porcino (Boletus aereus Bull., 1789) is a symbiotic edible mushroom belonging to the Boletaceae family.

Systematics –
From the systematic point of view it belongs to the Domain Eukaryota, Kingdom Fungi, Basidiomycota Division, Class Basidiomycetes, Order Boletales, Family Boletaceae and then to the genus Boletus and to the species B. aereus.

Etymology –
The term Boletus is of controversial etymology: Boletus, derives from the Greek βωλήτης bolétes, with which the Greeks called a kind of mushroom (from βωλος bólos with the meaning of gleba, clod, bush, because growing among the clods or bushy places); according to others, the meaning of βωλος derives from the ball, since the hat of most mushrooms is globose; for other authors it still derives from Bolites, name with which the Romans indicated the best edible mushrooms, even if originally referred to only the ova (Amanita cesarea), but soon used to call also porcini.
The specific epithet aereus derives from aes-aeris bronze: for its bronze, bronze color.

Geographic Distribution and Habitat –
Boletus aereus is a thermophilic symbiotic mushroom; prefers broad-leaved woods (especially chestnuts, oaks, beeches and oaks) and is found, even on sandy soils, frequently near heather and heather bushes and in ravines of the ground where rainwater accumulates, so much so that sometimes the carpophore is almost completely buried. It is a widespread species in the Mediterranean especially in the south. Its presence is in the period from late spring to autumn. 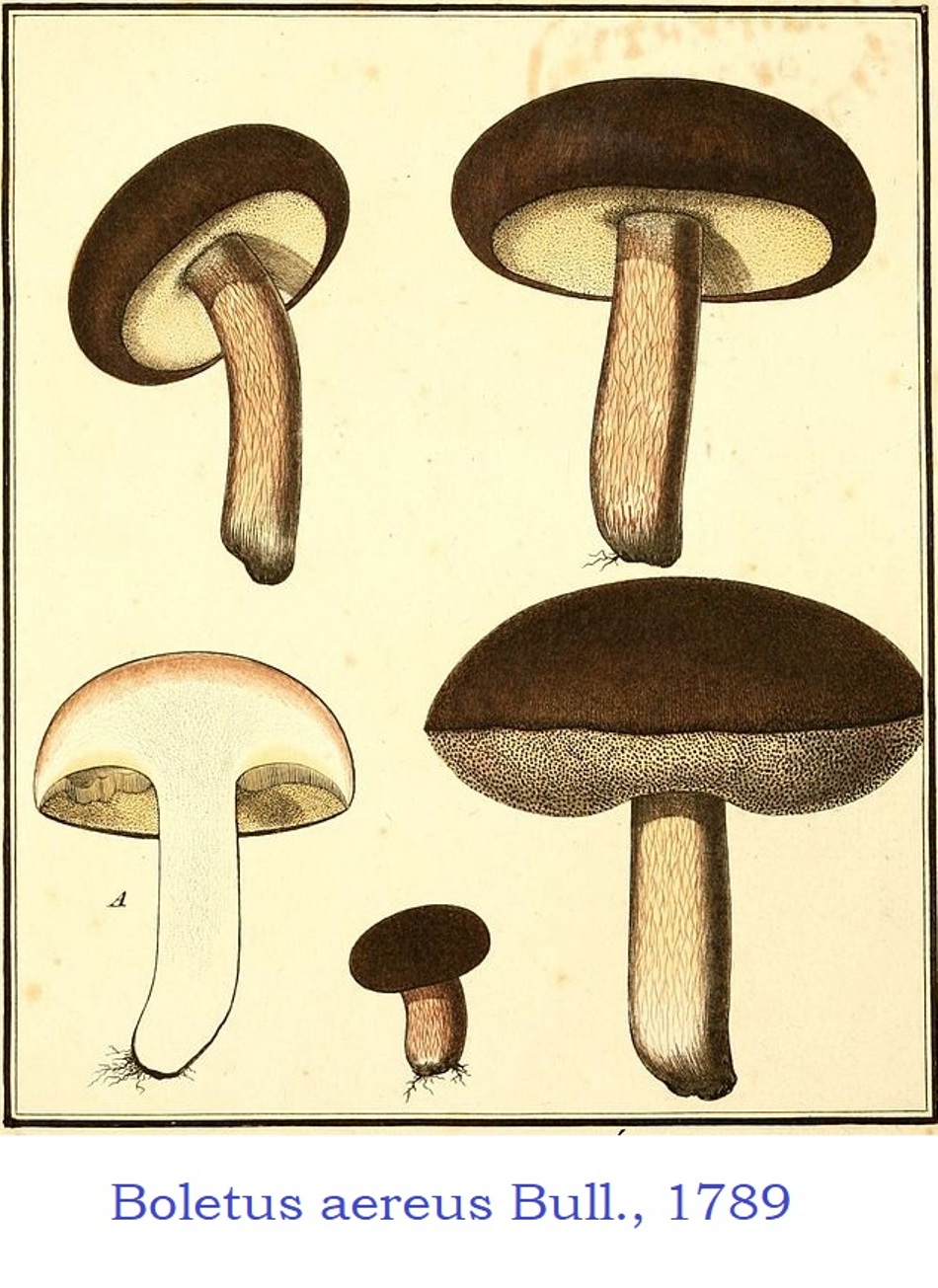 Description –
The black porcino is characterized by a hat of 6-24 cm of hemispherical shape, then convex and finally open and flattened, sometimes, at a very advanced age, it can be a bit ‘depressed; this is hard, consistent but with softer time; when young it has a dark brown color with large, darker uneven portions on a paler, brownish-ocher bottom; the surface can be velvety or smooth. The pores are small, thick, closed at the beginning and whitish in color, then yellowish, immutable to the touch. Subsequently, when they have matured, they form a yellow-dirty sponge very similar to that of other bolete. The tubules are fine, simple, of 1.5-2 cm, from adnati to annexes, of white color in young specimens, and then become pale yellow in the mature ones. The stem measures 5-12 x 3-7 cm, compact, first bulked and bulbous at the base and then cylindrical; it is a brownish color with a surface covered by a fine cross-linking, pale at first and then more or less colored in the adult specimens. The meat is consistent, white and not colored under the cuticle of the hat with a very grateful, intense and aromatic smell, especially after cooking; from raw sa of musk. It tastes excellent and, according to many, the best porcino. On microscopic analysis we can see brown-olivasters spores in mass of 13.5-16 x 4-5 μm, smooth, ellipsoidal, mono or pluriguttulate. Basidia are 23-30 c 8-10 μm, tetrasporic; the cystides measure 28-34 X 7-11 μm.

Cultivation –
This mushroom, like all symbiotic mushrooms, is difficult to cultivate and at least complex.

Uses and Traditions –
Boletus aereus is a mushroom very sought after and appreciated for its inebriating aroma and because it has a very compact meat with excellent yield, excellent taste and very fragrant. Also according to some mycologists, the less young specimens would seem to be tastier. They are obsolete synonyms and binomials: Boletus edulis f. aereus (Bull.) Vassilkov and Tubiporus edulis subsp. aereus (Bull.) Maire.
Black ceps can be confused with Boletus edulis and Boletus aestivalis when its hat is slightly discolored, and also with Tylopilus felleus (which is not edible due to its very bitter taste), but with pink pores. Furthermore, it is not rare to observe a discolored form of the black Porcino which comes with a hazelnut or light brown hat; it is a variant that is frequently confused with Boletus edulis.

Preparation Mode –
Boletus aereus is a fungus of excellent edibility that can also be eaten raw. It is a species very suitable for drying after being sliced. It lends itself very well to storage in freezer but is excellent in oil.
This porcino, like other porcini, can also be cooked with risotto or with the most classic tagliatelle, but also as an accompaniment to main courses. For its consistency, aroma and aroma can also constitute a single dish, alone, enriched with spices that counteract its sweetish taste.