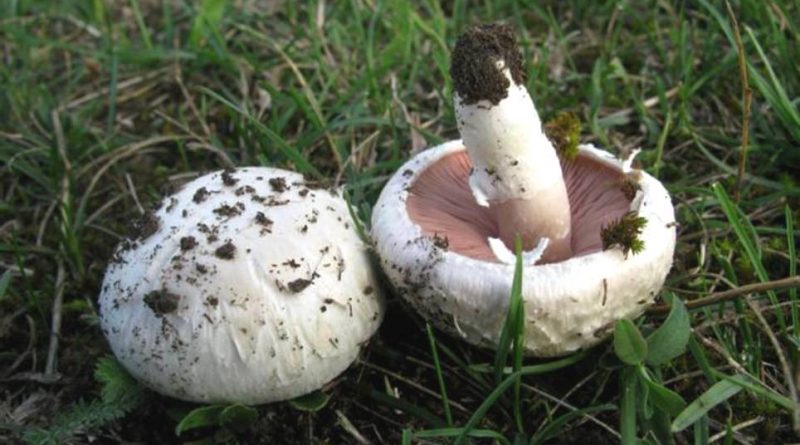 Systematics –
From the systematic point of view it belongs to the Eukaryota Domain, Kingdom Fungi, Basidiomycota Division, Class Agaricomycetes, Sottoclasse Agaricomycetidae, Order Agaricales, Family Agaricaceae and therefore to the Genus Agaricus and to the Species A. pampeanus.

Etymology –
The term Agaricus comes from the Greek αγαρικόν agarikón agaric, fungus of the Agars, because according to the Greek physician, pharmacist and botanist Dioscorides was imported from Agaria, the country of the Sarmatians. The specific epithet pampeanus derives from the Latin “pampeanus”, that is of the Pampas, as it is quite common and typical mushroom of the environment of the Pampas in Argentina where it grows also in uncultivated prairies and sometimes under cypress.

Geographic Distribution and Habitat –
In Italy Agaricus pampeanus is not a very common species; his Habitat is on the edge of oak woods with cistern underbrush, with fruiting in the hot summer period; grows gregarious or in the circles of witches in mountain meadows, but it is also possible to find it in city parks or in grassy areas inside the woods or at the edge of the same with the meadows. It is instead a more frequent species in other parts of the world and above all of the Argentine Pampas, from which it takes its specific epithet.

Description –
The Agaricus pampeanus is characterized by a hat of 4-12 cm, which initially is hemispheric, then convex, with involute margin, excess, with residues of veil. The cuticle is soon completely sprinkled with small scales almost floccose, roundish, scaly, white and then dark. The lamellae are free, dense, with lamellulae, pale pink, and then become intense pink, finally brown, with a colorless thread. The stem is cylindrical with attenuated base of 3-7 x 1-2 cm, sprinkled with scales. The ring is supero, sprinkled with flakes and scales in the lower face. The meat is tender, white, reddening at the insertion of the stem and in the cortical areas. The spores are brown violet in mass, smooth, elliptic, with apical pore, and thick wall, 8-10 x 5-6 μm. The basidia are clavate, bisporic and tetrasporic.

Cultivation –
Although belonging to the family of the Agaricaceae, and therefore of the field mushrooms, there is no news of cultivation of this fungus with respect to its best known similar.

Uses and Traditions –
The Agaricus pampeanus is an edible mushroom that stands out for its robust size, the almost spherical hat covered entirely by flocculent white scales. Among other things, it is very similar to Agaricus campestris and somewhat difficult to distinguish it macroscopically from the latter. It has a soft, whitish consistency, which later becomes red when cut, with a mild taste.

Preparation Mode –
This champignon can be eaten and stored in the same way as other edible agaricus.