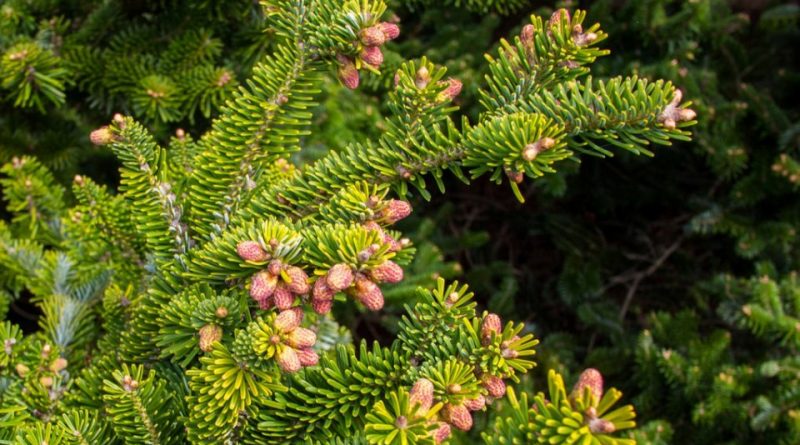 The Caucasian Fir (Abies nordmanniana (Steven) Spach) is an evergreen conifer of the Pinaceae family.

Systematics –
From a systematic point of view it belongs to the Domain Eukaryota, Kingdom Plantae, Subarranean Tracheobionta, Superdivisione Spermatophyta, Division Pinophyta, Class Pinopsida, Order Pinales, Family Pinaceae and then to the Genus Abies and to the A. Nordmanniana Species.

Etymology –
The term from Abies (Abies -tis) is the classical Latin name (Virgil, Egloghe) derived from the Sanskrit root abh, gushing (of the resin). The specific epithet is in honor of the Finnish zoologist and botanist Alexander Davidovic von Nordmann (1803-1866), discoverer of the Northman Abies.

Geographic Distribution and Habitat –
The Caucasus fir is present in an area comprising the Caucasus, the Black Sea coasts and Anatolia and grows at altitudes between 200 and 1,200 m asl. It is a rather rustic species, as it can withstand both high humidity that winter temperatures below -25 ° C. the spring vegetative growth of this species is late. 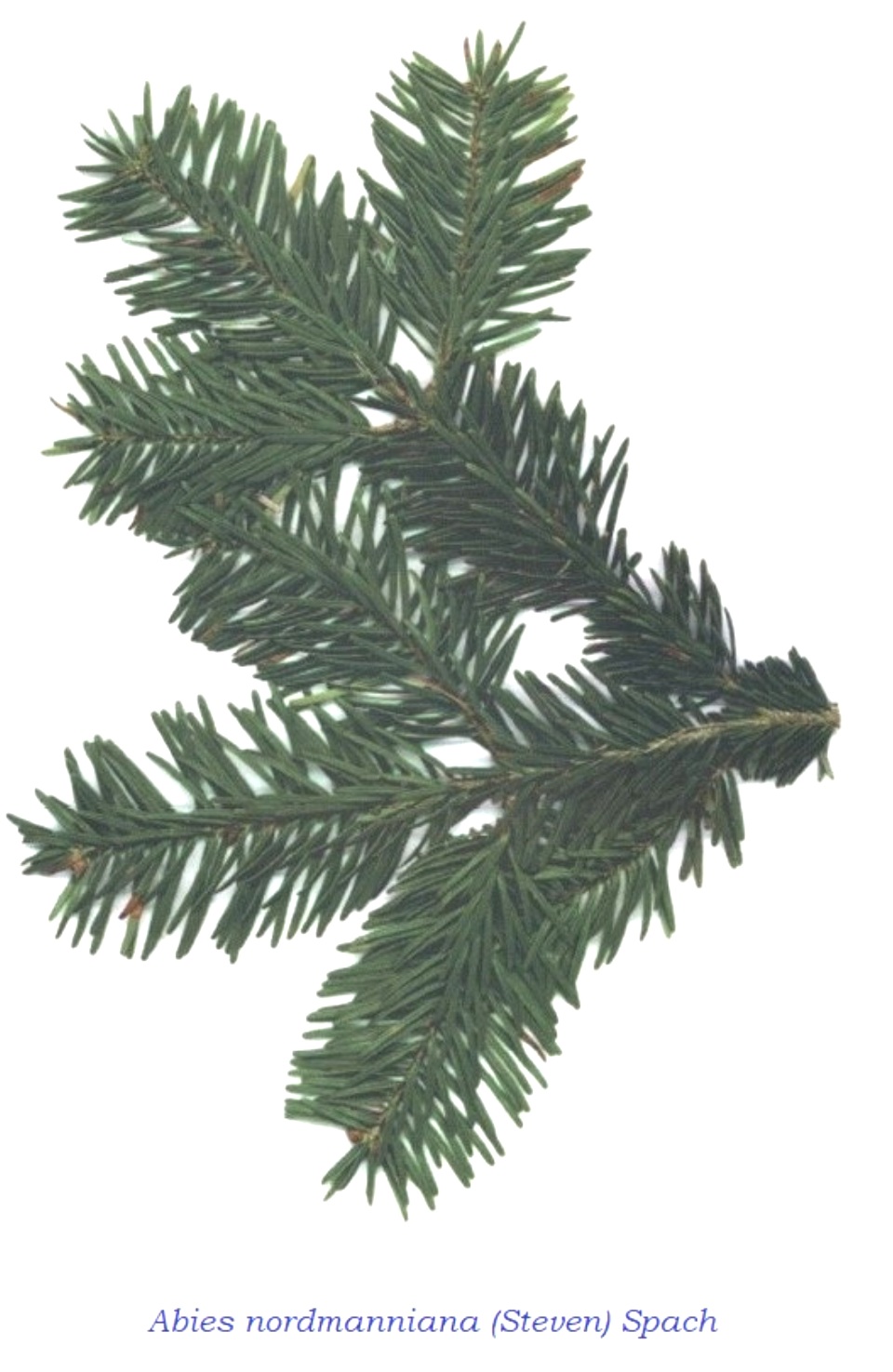 Description –
The Abies nordmanniana is a tree with elegant bearing and conical-pyramidal crown which can reach 60 meters in height in the areas of origin. Outside its area of ​​origin it reaches 15-20 m more frequently. of height. The branches of this plant, when young, are hairy while the bark is gray, smooth and thin; subsequently, in adult specimens, it becomes rough and chapped. The leaves are evergreen, needle-like, flattened, with rounded apex; the lower page has silvery bands while the needles are arranged in a spiraled or double row manner around the branches. It is a monoecious species; the male cones are initially reddish raspberry-shaped while the female ones are isolated, cylindrical-conical, brown-violet, resinous and with large squat scales, and are present on the highest stages; the pine cones are erect, about 15 cm long and are provided with hooked scales.

Cultivation –
The Abies nordmanniana is a very rustic species both in terms of exposure, which can go from the brightest to the most shady (in which however it grows more slowly) but prefers the northern slopes, both from the pedological point of view even if its preferences are for damp but not soggy, clayey soils with a slightly acidic pH. Suitable for mountain climates with humid and fresh summers. It suffers atmospheric pollution, so it is not suitable for very busy areas. The propagation of the Caucasus fir takes place by seed in cold greenhouses in February or directly outdoors in March; you must then wait for 6-8 weeks to see the germination that does not have a particularly high percentage.

Uses and Traditions –
In the original areas (Caucasus and Asia Minor), form extensive forests. The first scientific description of this conifer, which is also called Abete di Crimea, dates back to 1838 by Alexander Davidovic von Nordmann. It is a species very similar to the silver fir, which replaces in the regions around the Black Sea. It is cultivated in other parts of southern Europe, often to be used as a “Christmas tree”. The most common uses in the areas of origin are wood essence. In Europe, and also in Italy, the Caucasus Fir is used both in parks and gardens and is also grown for the production of Christmas trees. Of this species, different varieties have been selected for ornamental purposes.

Preparation Mode –
The Abies nordmanniana has no uses besides those purely as a wood plant or as an ornamental species.