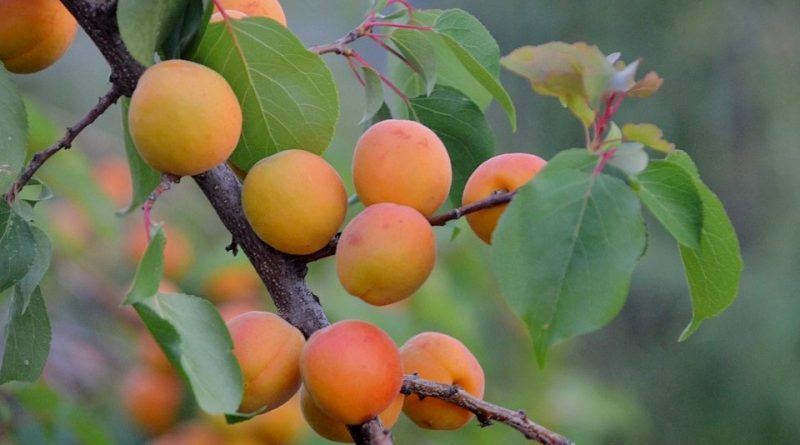 The apricot tree (Prunus armeniaca L.) is a fruit tree species of the Rosaceae family.

Systematics –
From the systematic point of view it belongs to the Eukaryota Domain, Kingdom Plantae, Magnoliophyta Division, Magnoliopsida Class, Rosales Order, Rosaceae Family and therefore to the Genus Prunus and to the P. armeniaca Species.

Etymology –
The term Prunus is used by Pliny and is the Latinization of the Greek προῦμνη proúmne susino, pruno in Teofrasto and Dioscoride; probably derived from a pre-Greek language of Asia Minor, see also prunum plum, plum from the Greek προῦνον proúnon in Galen. The specific armeniaca epithet derives from Armenia, an independent Eurasian state of the Southern Caucasus as it was once thought to come from this region.

Geographic Distribution and Habitat –
The apricot tree is a plant native to a territory of northeastern China on the border with Russia. Today the apricot is practically cosmopolitan at least at latitudes and altitudes with temperate climates. 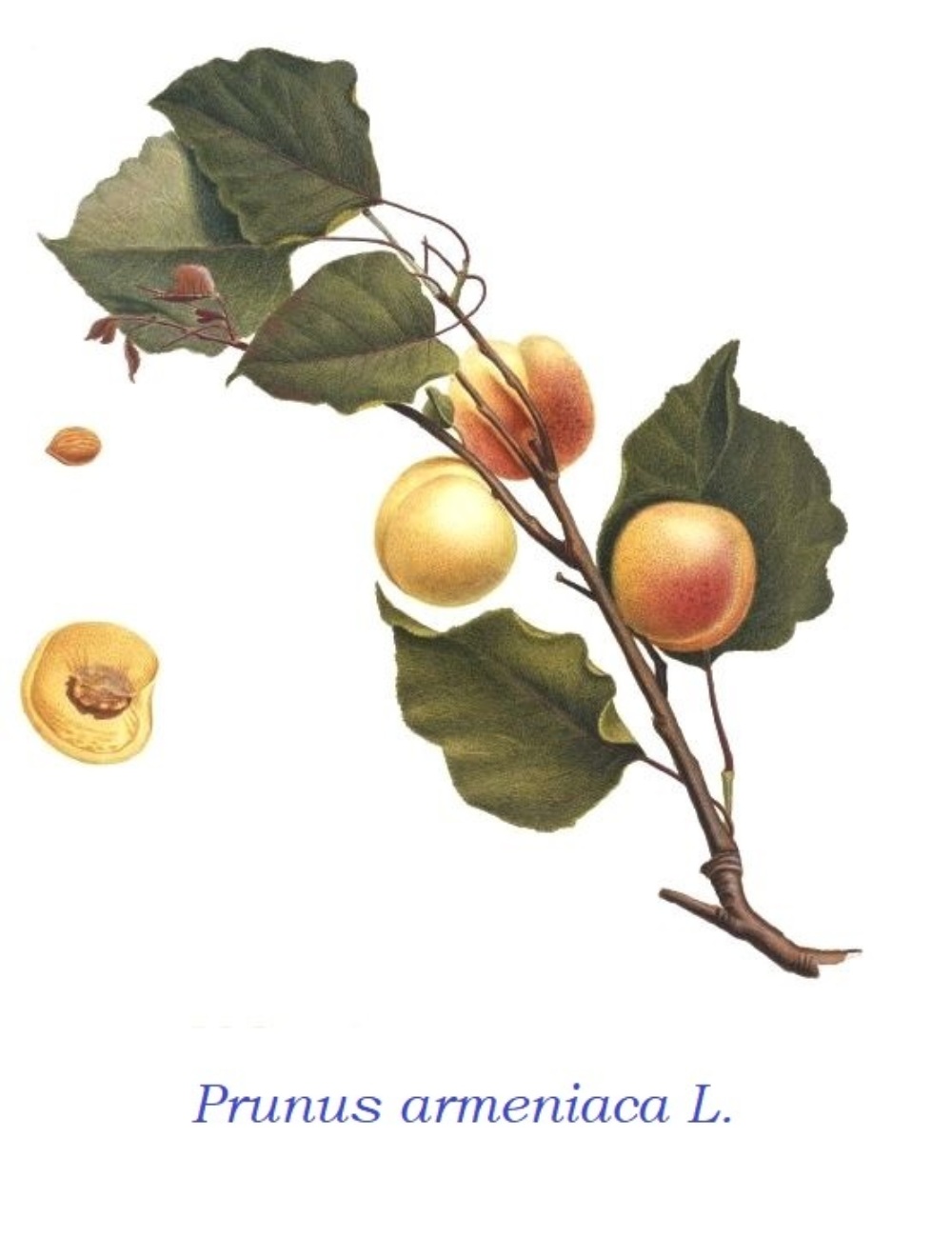 Description –
The Prunus armeniaca is a deciduous and deciduous tall plant from 5 to 7 meters and sometimes even more. In cultivations the plant reaches a maximum of 3 meters to facilitate harvesting operations. It has heart-shaped leaves with doubly serrated margin, flowers with chalice and corolla pentameri, white-rosy, unique or paired. The tree blooms before leafing. The fruits (apricots) are velvety drupes of dark-orange-yellow color, with a tendency to faded red in the more mature fruits. The buds are green or reddish, the bark has a dark brown color.

Cultivation –
The apricot is today a plant cultivated in most of the world; its cultivation is mostly intended for the production of fresh fruit or for the preparation of juices, syrups and jams. For the cultivation technique consult the following card.

Uses and Traditions –
The Prunus armeniaca, from its place of origin has spread, already in ancient times (its presence dates more than 4000 years of history), to the west, through Central Asia up to Armenia (from which it takes its name) where, it is said, it was discovered by Alexander the Great. The Romans introduced it in Italy and Greece in 70-60 BC, but its diffusion in the Mediterranean basin was later consolidated by the Arabs, in fact Albicocco derives from the Arabic word Al-barquq. This tree is also known as a small family in the Venetian dialects as a result of exchanges with the East. Linnaeus thought it was originally from Armenia (hence the specific epithet “armeniaca”) but the plant, as mentioned above, originates from China and spread to Europe by the Arabs many centuries ago.
Even today, however, the origin of the species is disputed by someone. The apricot was known in Armenia in ancient times, where it was already cultivated. Apricot seeds were discovered during the archaeological excavations of the Temple of Garni and the settlement of Shengavit (dating back to 6,000 years ago).
In an archaeological excavation at Garni in Armenia, Eneolithic apricot seeds have been found. Despite the large number of apricot varieties grown today in Armenia (about 50) according to Vavilov, its center of origin would be the Chinese region, where the domestication of apricot would take place. Other sources assert instead that the apricot was first grown in India in 3000 BC. C. approximately.
However, apricots have been grown in Persia since ancient times and dried ones represented an important commodity on Persian trade routes. More recently, English settlers brought the apricot into English colonies in the New World. Most of the modern American apricot production comes from the seedlings carried on the west coast by Spanish missionaries.
The apricot seeds grown in Central Asia and the Mediterranean are so sweet that they can be replaced with almonds. Amaretto liqueur and amaretti biscuits are seasoned with apricot kernel extract instead of almond.
The stones contain between 2.05% and 2.40% of hydrogen cyanide, but normal consumption is not sufficient to produce serious effects.
The Chinese associate apricot with education and medicine. For example, the classical word 杏壇 (literally: “apricot altar”) which means “educational circle”, is still widely used in written language. Chuang Tzu, a fourth-century Chinese philosopher a. C., told a story in which Confucius taught his students in a forest of apricot trees.
The association with the medicine in turn derives from the common use of apricot pits as a component in traditional Chinese medicine, and from the history of Dong Feng (董 奉), a physician during the Three Kingdoms period, which required no payment from his patients, except that they planted apricot trees in his orchard to recover from their illnesses. The term “Expert of the Apricot Grove” (杏林 高手) is still used as a poetic reference for physicians.
In Armenia, the wood of the apricot tree is used for making wooden sculptures souvenirs or musical instruments such as the duduk, which is a popular wind instrument from Armenia.
The apricot contains: Carotenoids, Vitamin A, B5, C and E, folic acid, calcium, copper. Apricot kernel oil is composed of 65% monounsaturated fatty acids.

Preparation Mode –
The apricots are eaten fresh all over the world but a substantial part of their production is destined to be converted into jams, fruit juices, syrups and dried fruit. In the kitchen it is used for the packaging of cakes or cakes and for artisanal preparations of jams and syrups.