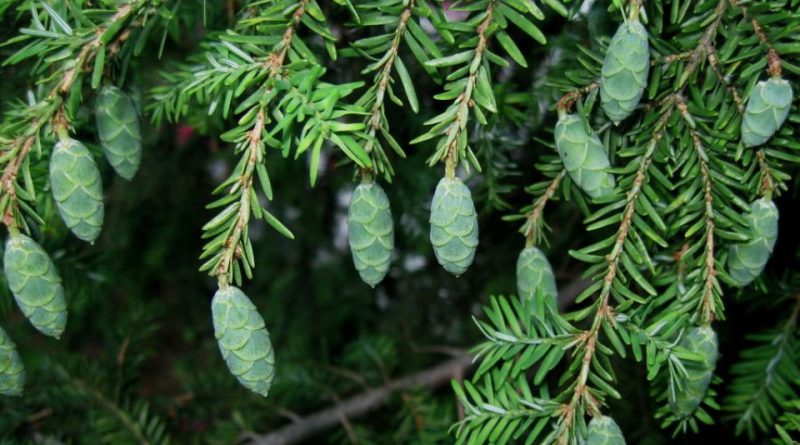 Systematics –
From a systematic point of view it belongs to the Domain Eukaryota, Kingdom Plantae, Subarranean Tracheobionta, Superdivisione Spermatophyta, Division Pinophyta, Class Pinopsida, Order Pinales, Family Pinaceae and therefore to the Genus Tsuga and to the Specie canadensis.

Etymology –
The term Tsuga comes from the vernacular name of these plants; the specific epithet refers to its Canadian geographic spread but is sometimes used to indicate North America.

Geographic Distribution and Habitat –
The Tsuga canadensis is widespread in an area ranging from eastern Canada to northern Alabama. It is a species that can grow even at sea level but its preferred habitat is at altitudes of 600-1,800 m. it is mainly found on rocky ridges, ravines and hills with relatively high levels of humidity. It is present in Europe where it is used as an ornamental species. 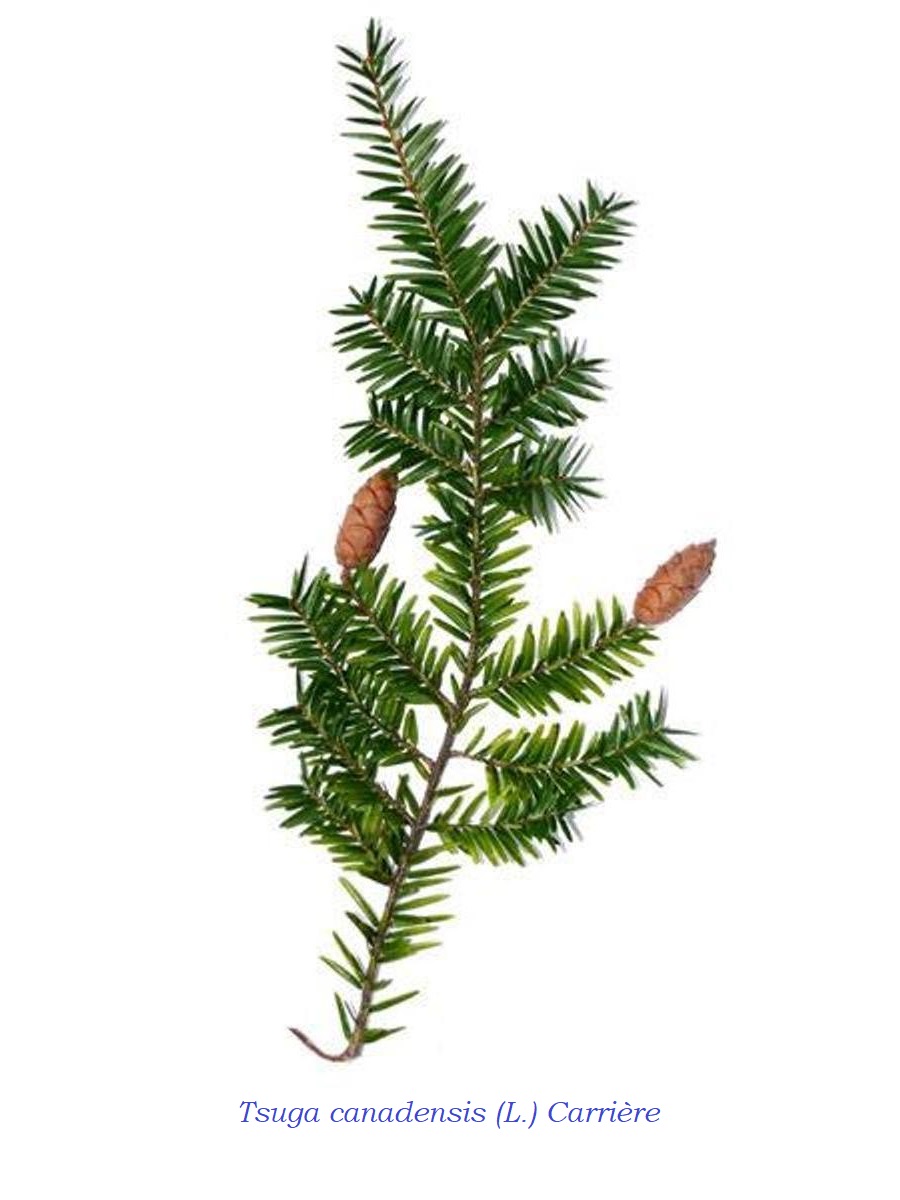 Description –
The Tsuga canadensis is a tree that in the area of ​​origin can reach 50 meters in height. It is characterized by a light, pyramidal dark green foliage. The trunk is straight with rough and fissured rind, first of a brown-cinnamon color and then gray. The leaves are more or less combed needles, 1.5 cm long, with minute teeth at the margin. The cones of this painata are yellow-orange, pedunculated, numerous, lateral and axillary; the female cones have a short peduncle and terminals; these when ripe are ovate and obtuse at the apex, brown, up to 3 cm long; after having freed the seeds, they fall to the ground.

Cultivation –
The Tsuga canadensis has been a tree for a long time cultivated as an ornamental plant, for parks and where, in the places of origin, other conifers do not grow easily. Due to its characteristics it prefers slightly acidic soils rich in humus and well drained. In the areas of origin it is difficult to grow along the edges of the roads, as its foliage, not very resistant to salinity, can not withstand the salt intake, carried out on icy roads.

Uses and Traditions –
The Tsuga canadensis was introduced from its place of origin in England in 1736. In fact it can be found frequently in large parks and small gardens; because of its poor adaptation to the climate of Great Britain it often grows with a badly developed, forked and sinuous trunk. In Germany it is also used in forestry. It is a species that has gone through a decline in diffusion; the reason could be linked to pathogens, insects and climate changes, and a combination of these. In recent times its diffusion has increased again even if it has not recovered its previous role as a dominant species of its habitat. The timber of this plant is used for general constructions and crates and for the production of paper. The peel is used for the extraction of tannin (it contains about 10-12%). In Europe it is mostly used as an ornamental species due to its decorative appearance.
It is a slow-growing and very long-lived tree that can take 250-300 years to reach maturity and can live up to 800 years and more.
The dense foliage of these trees plays an important ecological role by hosting birds and other animals and protecting them from snowfall in winter. It also helps to make the summer climate of the forest cooler.
This spruce, in 1931, was designated as the official tree of Pennsylvania.

Preparation Mode –
The Tsuga canadensis has no known food or pharmaceutical uses.