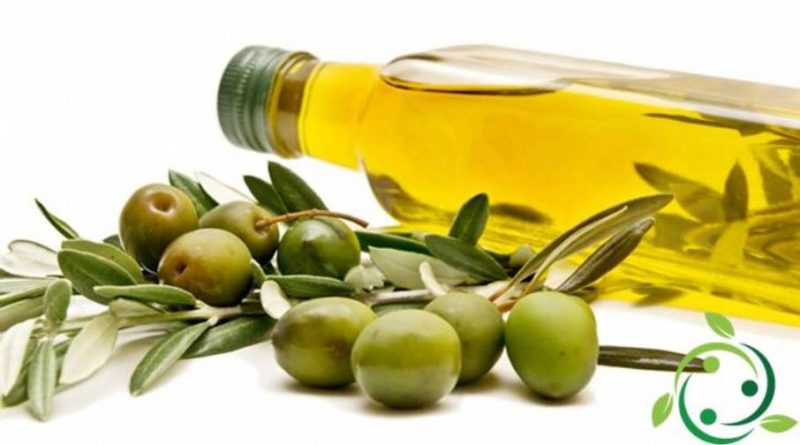 Oleic acid (cis-9-octadecenoic acid) is a monounsaturated carboxylic acid composed of 18 carbon atoms of the omega-9 series. It belongs to the family of omega 9 fatty acids, so called because their only carbon-carbon double bond is found on the ninth carbon atom compared to the last carbon atom of the chain, called carbon omega. Oleic acid is a solid which melts at a temperature of 16 ° C, while at higher ambient temperature it appears as a liquid with a colorless to yellowish appearance and with a characteristic odor.
In the form of triglyceride it is an important component of animal fats and is the most abundant constituent of the majority of vegetable oils.

In olive oil, oleic acid accounts for about 75% of the acid component. Depending on the percentage of free oleic acid present in olive oil, its acidity is determined and therefore its product name. In extra virgin olive oils, a percentage of free oleic acid not exceeding 0.8% of the total weight is allowed. Furthermore, oleic acid, as a component of phospholipids, is present in important biological structures, such as cell membranes and lipoproteins.
Oleic acid becomes part of various industrial products. In the form of an ester it is used in the textile, cosmetics and leather industry; in the form of alkaline salts (soaps) it is the fundamental constituent of the soap industry; some of its metal salts, insoluble in water, are used for the preparation of lubricants and water repellents. Oleic acid is present in many vegetable oils and in good quantity also in rapeseed oil. The trans isomer of oleic acid is called elaidinic acid.
Oleic acid has long been known for its beneficial effects on the cardiovascular system: in particular it would seem to have antioxidant effects and be able to keep cholesterol levels in the blood (especially the so-called “bad” cholesterol levels). ) and to reduce the values ​​of blood pressure.