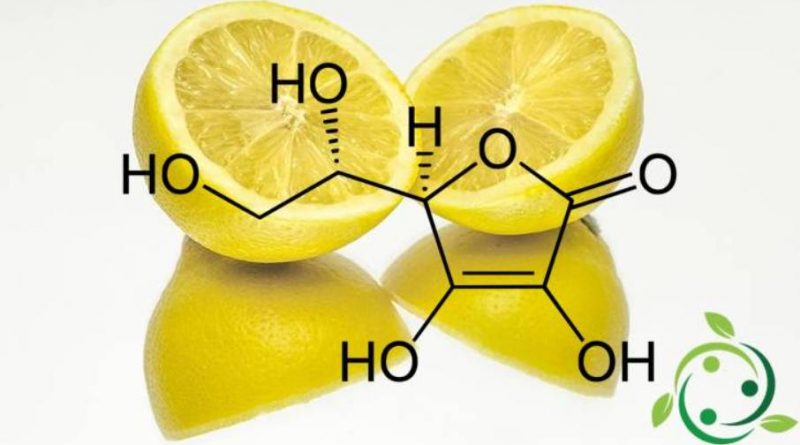 Ascorbic acid, which in nature is L-ascorbic acid, better known as vitamin C, is an organic molecule with antioxidant properties. It is a water-soluble white-yellow vitamin, depending on various impurities, which is essential for humans and some mammals. The history of Ascorbic acid arises with the pathology of scurvy, a pathology linked to a lack of this compound in the diet and already described by Greek medicine around the fifth century BC. In the sixteenth century. A disease that manifested itself above all among the sailors who, nourishing themselves for a long time with food deficient of vitamin C, went to meet the terrible consequences of the scurvy. It was understood how feeding with fresh vegetables or extracts of pine needles, removed this risk but did not fully understand the question. The first understanding of this phenomenon is due to the experimentation of the surgeon James Lind in 1747 by adding lemon juice to the daily rations. For this reason in 1795 the English navy decided to add lemon or lime juice to the sailors’ diet.

Thus the term anti-waste foods was then extended, in the eighteenth and nineteenth centuries, to all foods that were able to prevent the appearance of the disease. These include sauerkraut, salted cabbage, malt and others. Then there were other studies and discoveries that led to completely clarify the role of Vitamin C in humans and in some mammals and the inability of these to not be able to synthesize it on their own. Ascorbic acid exists in two enantiomeric forms (mirror images not overlapping each other), but of these only one, the enantiomer (5R) -5 – [(1S) -1,2-dihydroxyethyl] -3,4-dihydroxyfurane -2 (5H) -one, is in fact vitamin C. The vitamin C taken with the diet is stored in the tissues of the body, in particular in the adrenal gland and in the liver. The plasma portion that is not stored is eliminated in the urine.
Due to its strong antioxidant action and to keep vitamins A, E, folic acid and thiamine stable, vitamin C is used by the food industry as an additive in foods, as such or in the form of sodium, potassium and calcium salt. Vitamin C and its salts, which are important food additives for the preservation of products in industry, are recognized within the European Union with the following acronyms: E300 (ascorbic acid), E301 (sodium ascorbate), E302 ( calcium ascorbate), E303 (potassium ascorbate) and E304 (ascorbic acid ester with a fatty acid: palmitate or stearate). It seems that vitamin C, in addition to its important metabolic functions, plays an important role especially in oxidation-reduction reactions catalyzed by oxygenase and that performs an antihistamine action. Vitamin C is mainly present in green leafy vegetables, peppers, tomatoes, kiwi and in citrus fruits, particularly concentrated in the fruit of the Amazon cherry, the acerola, and in the rose hip.
In addition to the serious pathology of scurvy, low levels of ascorbic acid sufficient for survival, but below those needed, seem to promote atherosclerosis.
It is estimated that the minimum amount of vitamin C needed to prevent scurvy is about 10 mg / day, even if the quantities recommended by the health systems are slightly higher and still debatable.
In cases of vitamin C overdose, diarrhea and disorders such as nausea, headaches, etc. may occur, but there is no known lethal dose for humans. Instead there is an LD50 for rats that corresponds to 11.9 grams per kilogram of body weight in a single dose orally.