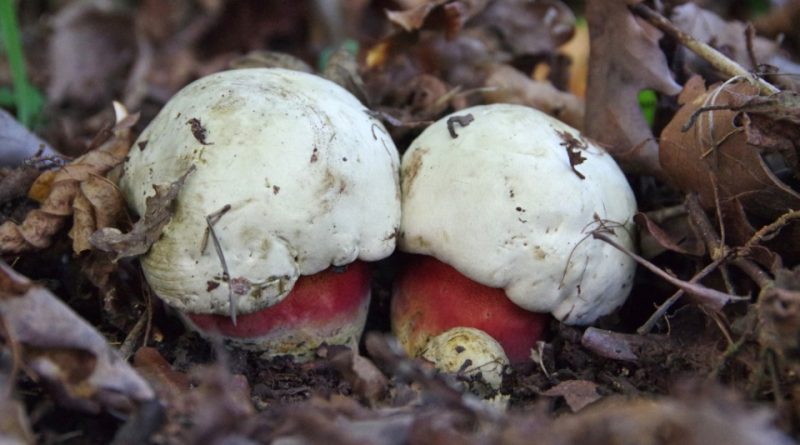 The maleficent Porcino (Boletus satanas Lenz, 1831) is a toxic mushroom belonging to the Boletaceae family.

Systematics –
From the systematic point of view it belongs to the Eukaryota Domain, Kingdom Fungi, Basidiomycota Division, Class Agaricomycetes, Order Boletales, Family Boletaceae and then to the genus Boletus and to the species B. satanas.

Etymology –
The term Boletus has a controversial etymology: according to some it derives from the Greek βωλήτης bolétes, with which the Greeks called a kind of mushroom (from βωλος bólos with the meaning of gleba, clod, bush, because growing among the clods or bushy places); for others, the meaning of βωλος would have to be extended to the ball, since the hat of most mushrooms is globose; for other authors it still derives from Bolites name with which the Romans indicated the best edible mushrooms, even if originally referred to only the ova (Amanita cesarea), but soon used to call also porcini. The specific epithet satanas derives instead from the late ecclesiastical Latin Satan or Satanas that comes from the Hebrew śāṭāne opponent, enemy through the Greek Σατᾶν / Σατανᾶς Satan / Satanas: tempting, for its attractive colors that invite to feed on its toxic flesh.

Geographic Distribution and Habitat –
Boletus satanas generally grows on calcareous soils, under broad-leaved trees (in particular Quercus); the period of growth goes from spring to summer and, in suitable climatic conditions, until the first half of autumn. 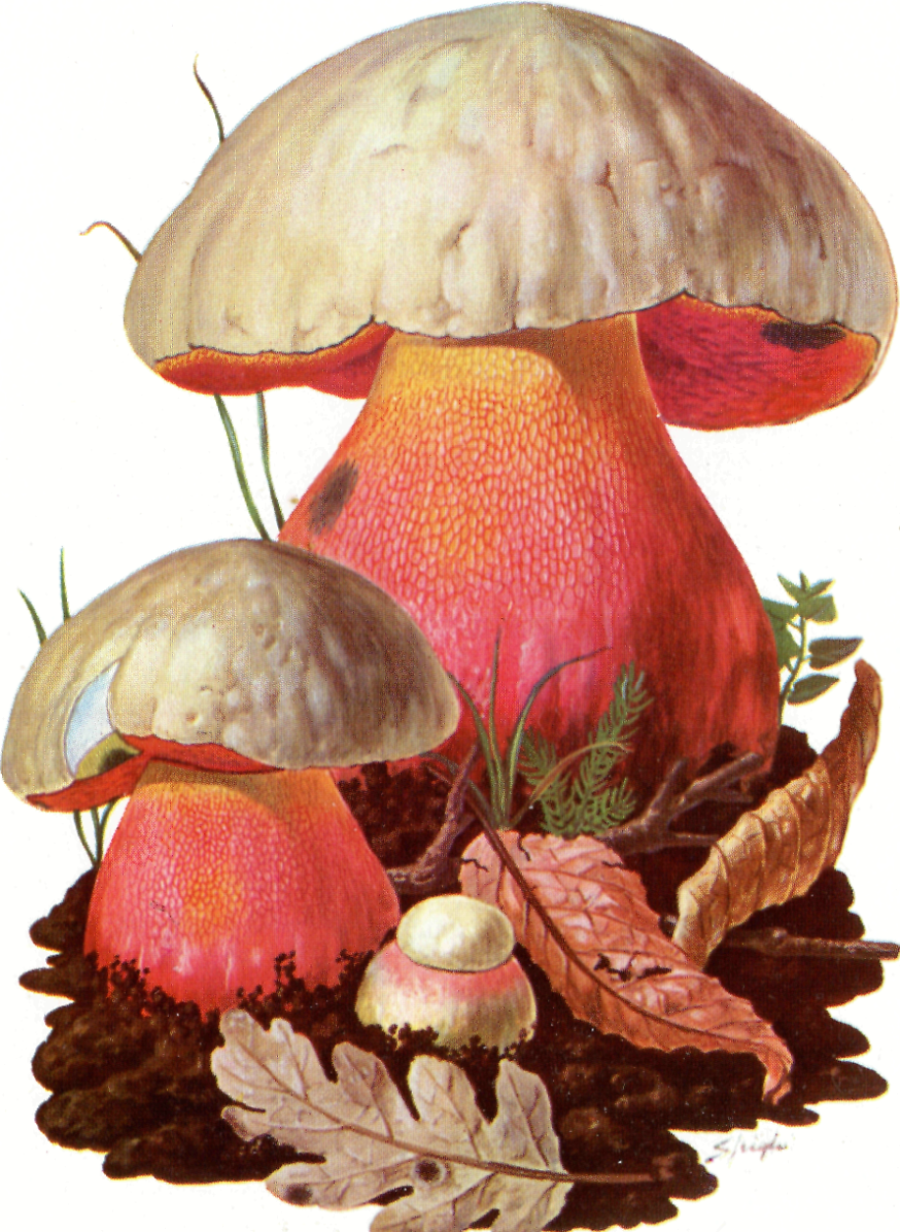 Description –
The Boletus satanas is characterized by a hat of 10-30 (40) cm of diameter, fleshy, hemispheric at first and then convex-flattened, whitish, greenish-white or greyish-white, glabrous and smooth, with small cracks in the center; this if manipulated becomes brownish-blue. The pores are small, round, blood-red or orange-red to the margin, turning in green to pressure. The tubules, on the other hand, are yellowish or greenish-yellow, with short veins in blue. The stem is oval 5-15 × 4-10 cm, hard, stocky, generally shorter than the diameter of the hat, obese then elongated, widened at the base, yellow at the top, from purple to red-purple in the central area, reddish-yellow at the base, covered in the upper 2/3 by a fine concolor network at the bottom, impregnating to the touch. The flesh is firm, compact, whitish, which when cut has a reddish tint that first turns into purple or into pale blue, then to gray; it has an unpleasant odor and a long sickening, cadaverous smell; the taste is initially pleasant and sweetish of “walnut” and after somewhat unpleasant. The spores are brownish-olive in mass, smooth, ellipsoidal-fusiform, 11-15 × 5-7 μm.

Cultivation –
Boletus satanas is a fungus that due to its toxicity does not have any interest in cultivation.

Uses and Traditions –
The evil Porcine is so named for the risk of confusion with the edible Boletus edulis. It is a very poisonous mushroom that causes persistent vomiting. It is responsible for short-term gastrointestinal syndrome that occurs a few hours after consumption, exceptionally during the meal itself. Boletus satanas was extracted from a powerful toxic glyco-protein, Bolesatin, a protein synthesis inhibitor at the ribosomal level (mechanism: nucleoside triphosphate phosphatase), hydrolysing the GTP as well as ATP.

Preparation Mode –
The male Porcine must not be eaten at all even after removal of the cuticle or after cooking, to avoid serious consequences.