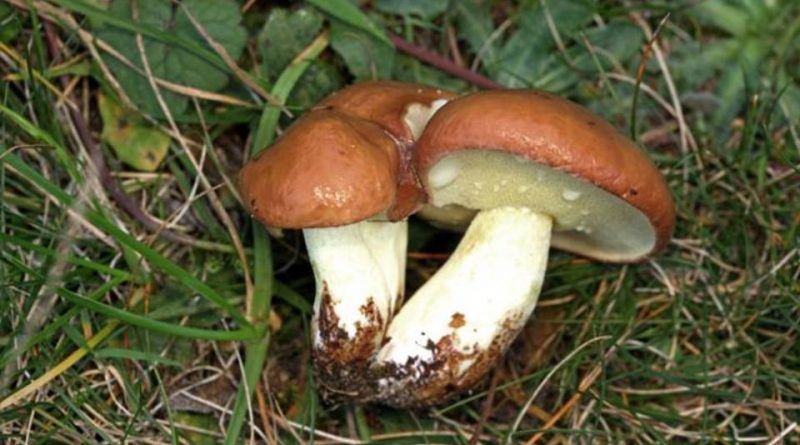 Pinarolo or Pinarello (Suillus granulatus (L.) Roussel) is an edible mushroom of the Suillaceae family.

Systematics –
From the systematic point of view it belongs to the Domain Eukaryota, Kingdom Fungi, Basidiomycota Division, Class Basidiomycetes, Order Boletales, Family Suillaceae and then to the Genus Suillus and to the Specie S. granulatus.

Geographic Distribution and Habitat –
Suillus granulatus is frequently found under conifers; it is a species very closely related to the Pine and especially to the two-needle species (Pinus sylvestris L. and Pinus nigra JF Arnold) even if it can be found also near those three (Pinus radiata D. Don) and five needles (Pinus strobus L. and Pinus cembra L.). in any case it is abundant in the growth stations and comes in gregarious form in the period from summer to autumn. In any case it can also be found in public and private gardens, always associated with conifers. 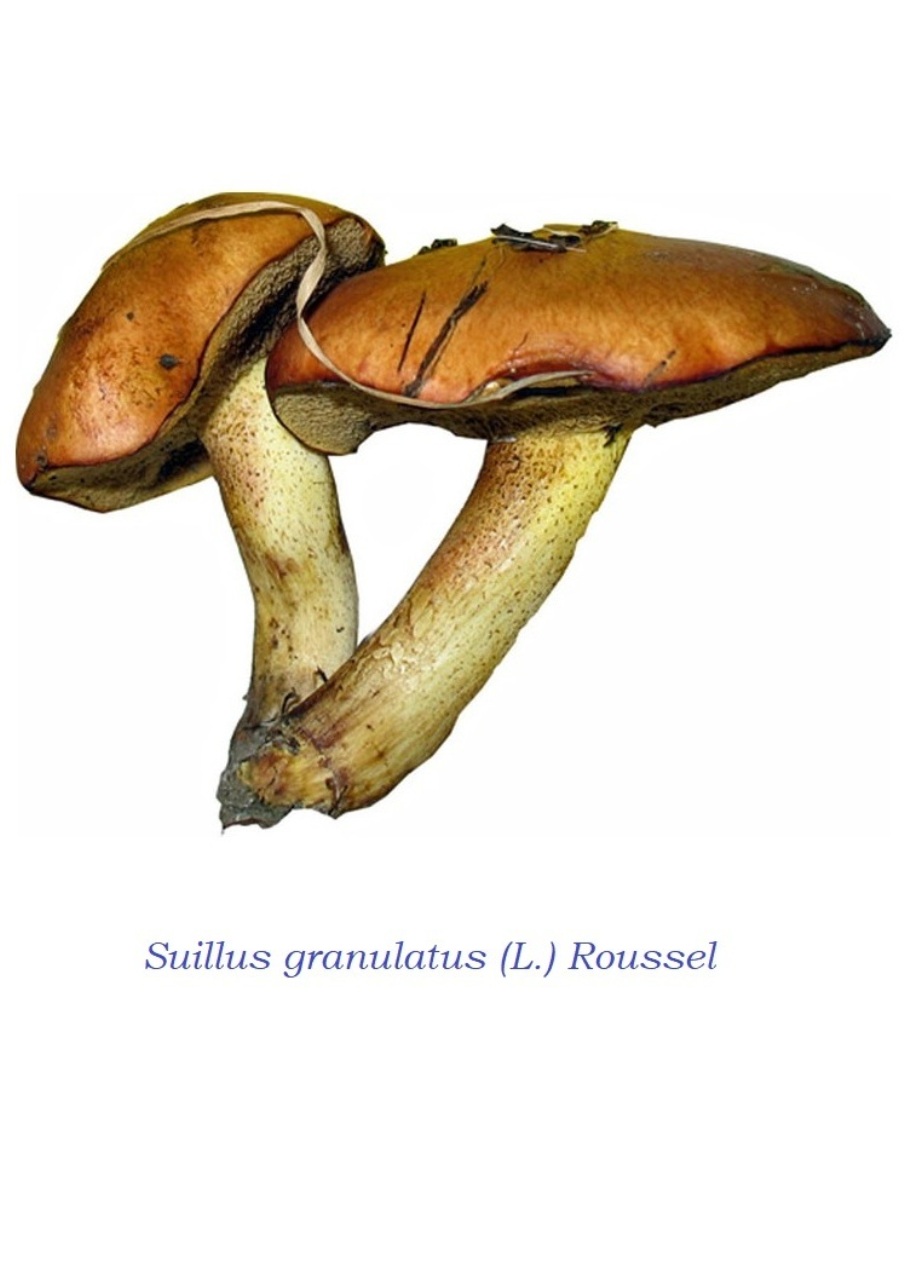 Description –
The Suillus granulatus is characterized by a hat of 4-12, maximum 15 cm, first in a rounded-convex shape and then open-flattened, with a firm and fleshy consistency with a debilitating margin in youth. The cuticle is smooth and shiny, viscous, thick and elastic, removable and of a color that varies from yellow-orange to brown-rusty. The hymenophore is characterized by fine, minute-length, medium-length tubules attached to the stem and pale yellow in color. The pores are small, appressed, regular and round, at first the same color of the tubules and at maturity of a deep yellow color. In the early stages of growth, the emission is typical of droplets of milky, pale and sticky liquid which, when in contact with air or by drying, tends to take on brown colors. The stem is 5-8 × 1-2.5 cm, cylindrical, light yellow, covered with a minute granulation, which in its upper part tends to assume a brown-rusty color due to the dried residues of the droplets secreted by the pores . Sometimes it may appear shaded reddish at the bottom; the basal mycelium is however white. The meat is firm and compact when young and becomes spongy and soggy in the adult specimens, white-yellowish, immutable with a slightly acidic or resinous but pleasant taste and a soft odor that is not characteristic or slightly fruity. The spores are brownish-ocher in mass.

Cultivation –
Of not easy cultivation as the whole category of edible mushrooms symbionts.

Uses and Traditions –
Suillus granulatus can be consumed on the condition of removing the cuticle as it has a drastic and purgative action when young. It should be noted that in some people, despite the removal of the cuticle, the consumption of mushrooms belonging to the genus Suillus causes laxative effects due to food idiosyncrasies, or particular secondary effects. From a gastronomic point of view it is certainly better than the neighbor Suillus luteus.
We also remember some mushrooms with which it can be confused:
– Suillus collinitus (Fr.) Kuntze, which has the same characteristics of edibility but with a cuticle crossed and decorated with innate fibrils, arranged radially and slightly darker than the cuticular color and a coloration of the same cuticle with ocher-brown tones, which can become chocolate-colored but not orange-rusty. In addition, the Suillus collinitus is present in xerophile environments and with Pino domestica (Pinus pinea L.), the frequent absence of droplets from the pores and in general the particular rosy color of the micellar remains;
– Suillus luteus (L .: Fr.) Roussel, edible and distinguished by an evident ring and whitish flesh, especially of the hat;
– Suillus bellinii (Inzenga) Kuntze, which is less common, with extremely short stem, for the glutinous and dirty white cuticle, for the slightly decurrent tubules and for the yellowish-greenish pores at the maturity of the spores;
– Suillus mediterraneensis (Jacquet. & J. Blum) Redeuilh, with whitish early cuticle, for the more yellowish flesh and because it is generally associated in our Mediterranean environments with the Pinus halepensis Mill.

Preparation Mode –
The pinaroli find in the kitchen many possibilities for preparation; from risotto, fried and with cabbage or other ways; however, you should always have the foresight, before use, to free the cuticle, slimy and indigestible and to collect only the young specimens, because adults soak a lot, are rather soft and are unpleasant and digestible.