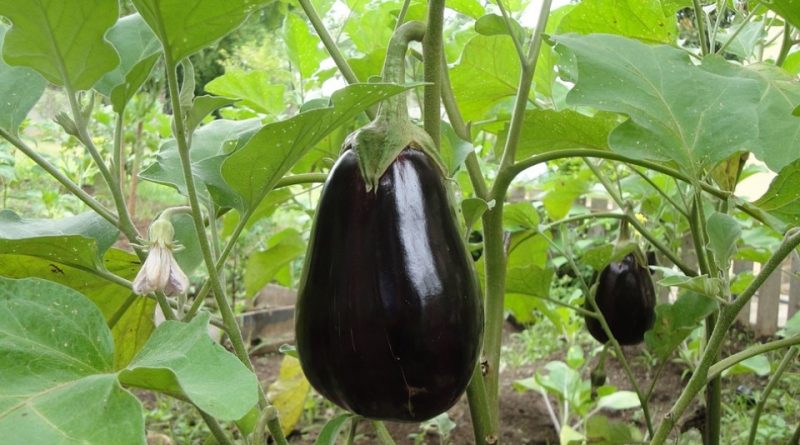 The aubergine (Solanum melongena L.) is a species of the Solanaceae family, widely cultivated in horticulture for its fruit.

Systematics –
From a systematic point of view it belongs to the Eukaryota Domain, Kingdom Plantae, Magnoliophyta Division, Magnoliopsida Class, Order Solanales, Family Solanaceae and then to the Genus Solanum and to the Species S. melongena.

Etymology –
The term Solanaceae derives from sólor = consolare, alleviate, soothe: for the medicinal properties of some plants of this genus. The specific melongena epithet comes from the Greek μῆλον = mélon pomo, fruit and from γεννάω gennáo = to generate, to produce: therefore a plant that produces rounded fruit.

Geographic Distribution and Habitat –
The Solanum melongena is an annual species of origin of the Asian continent and more precisely from India, even if there are innumerable documents that demonstrate the cultivation of aubergines in the area of ​​Southeast Asia since prehistoric times; it was later imported into the Middle East and arrived in the Mediterranean around the 7th century. The spread in Europe of names derived from Arabic and above all the lack of names of Latin and Greek origin indicate that it was brought to the Mediterranean area by the Arabs at the beginning of the Middle Ages. 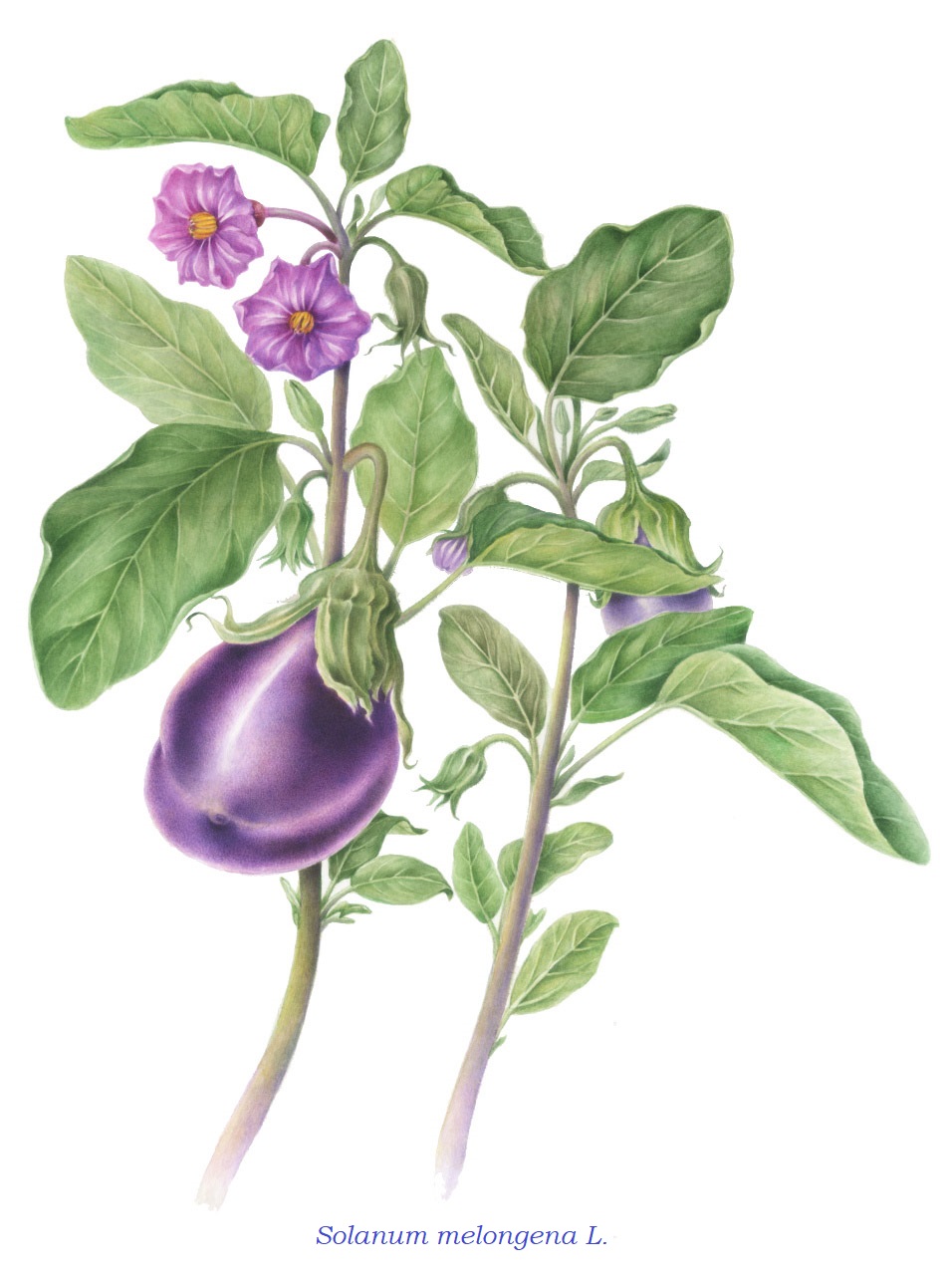 Description –
The aubergine is an erect herbaceous plant, which can reach a height varying between 30 cm and one meter, with large, solitary, violet or white flowers. The fruits are rather large, elongated or round berries, normally black, but also white, edible only after cooking. This species is characterized by many varieties, among which we mention: Palermitan long violet, with dark purple elongated fruit; Long violin of the farmhouses with violet fruit; Early dwarf violet with small fruit; Aubergine from Murcia with thorny leaves and stem, violet fruit, round; Monstrous New York with huge violet fruit and Tonda comune di Firenze, with pale violet fruit, hybrid, with few seeds, tender and compact pulp.

Cultivation –
Solanum melongena is a plant cultivated in many countries; among these the major producers in order of importance are China, India and Iran. In Europe, the main producers are Italy, Spain and Romania. For the cultivation technique you can consult the following form.

Uses and Traditions –
Solanum melongena was initially called in Italy petonciana or also petronciano; to avoid misunderstandings on its properties, afterwards the first part of the name was changed into apple thus giving rise to the term melangiana and then eggplant, term interpreted by the people also as an unhealthy apple, because not edible from raw. From the Arabic language (with the article, al-Badingian) derive the terms Catalan (albergínia) and French (aubergine). From raw the aubergine has a bitter taste that decreases with cooking, which also makes it more digestible, enhancing its flavor. For this reason the aubergine is consumed preferably cooked. As for other solanaceous, cooking does not completely eliminate the solanine, (degradation temperature at about 243 ° C) but this in the aubergine is well below the quantity considered acceptable for vegetables (20-25 mg / 100 g of fresh weight ).

Preparation Mode –
The aubergines are eaten fried, baked or grilled or preserved in oil or in vinegar; some typical preparations are strongly influenced by local culinary traditions; these include the aubergine parmigiana, the moussaka, the ratatouille, the pasta alla Norma and the caponata.

One thought on “Solanum melongena”