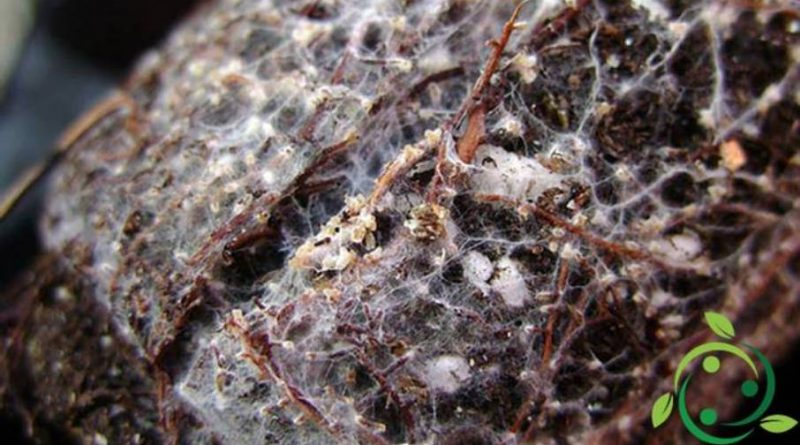 The term mycorrhiza (from the Greek mykos: fungus, and rhiza: root) refers to a particular type of symbiotic association between a fungus and a superior plant. This association is implemented through a connection with the root system of the vegetable symbiont and then extends through the hyphae or more complex structures, such as rhizomorphs, in the rhizosphere and in the surrounding soil. The symbiosis is often mutualistic, with mutual benefits of the two organisms, of various types but above all nutritional. In the symbiosis operated with mycorrhiza, the two organisms maintain their life cycle, however, living in close contact. Typical examples of mycorrhizal symbiosis are those between truffles and oaks, between porcini mushrooms and chestnut trees, or between orchids and many fungal species such as Rhizoctonia spp. The mutualistic symbioses of the plant and animal kingdom are much more widespread than one thinks; we remember those of lichens (algae and fungi), corals (algae and coelenterates) and in associations between rhizobes and legumes.
An important role of nature, however, is the mutualistic symbiosis of mycorrhizae; these are widespread in about 90% of the trees growing in temperate forests and in all ecosystems. Only five families of Angiosperms are for the most part non mycorrhized; these are: the Cruciferae (87%), the Cyperaceae (74%), the Juncaceae (56%), the Chenopodiaceae (61%) and the Caryophyllaceae (50%).

In the evolution of life it seems that mycorrhizae have already been implemented and evolved with the first terrestrial plants. The first fossil finds date back to 450 million years ago, contributing to the process of colonization of the continents. The multiplicity of mycorrhizal forms is so high that it escapes a systematic and definitive exhaustive classification. The discovery of mycorrhiza is done by the Italian botanist Giuseppe Gibelli, in 1882.
Mycorrhizae can be of two types:
– ectomicorrize, typical of tree angiosperms and conifers, in which an external fungal mantle covering the root tips can be observed;
– endomicorrize, more common (even among herbaceous species), characterized by a certain degree of intracellular colonization by hyphae.
– Ectoendomicorrize, which possess many of the features of ectomicorrize, but also exhibit a high capacity for intracellular penetration.
Among the ectomicorrize we remember above all the ascomycete mushrooms and basidiomycetes (with about 6000 species) and shrub and arboreal plants (about 5% of Spermatophytes for a total of about 8000 species). Few are the herbaceous species that form ectomicorrize.
One of the most important aspects of mycorrhiza is the nutritional function; in most types of mycorrhizal nutritional exchanges consist essentially in the movement of organic carbon from the plant towards the fungus and, vice versa, of nutrients (such as P, N, Zn and Cu), in organic or inorganic form, towards the plant.
However, even today, many functions and the relative advantages between plant and fungus must be included in the set of ecosystem functions and therefore not only in a direct relationship between plant and fungus. In fact, the advantage of mycorrhizae is not limited only to the absorption of water and nutrients from the soil. Mycorrhized plants are often more competitive and more tolerant of environmental stress than non-mycorrhized plants.