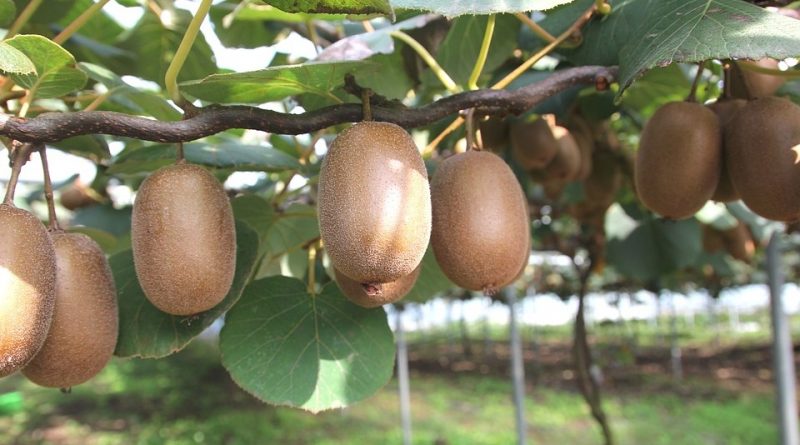 Systematics –
From the systematic point of view it belongs to the Eukaryota Domain, Kingdom Plantae, Magnoliophyta Division, Magnoliopsida Class, Order Theales, Actinidiaceae Family and therefore to the Genus Actinidia and to the A. Deliciosa species.

Etymology –
The term Actinidia comes, according to most authors, from the Greek ἀκτίς, -ῖνος actis, actinos: ray with reference to radiant styles; according to other authors from the Greek ἄκτῐνος áktinos of elder and εἶδος eidos semblance: that is, with the medullose branches like those of the elder. The specific epithet derives from deliciae delights, voluptuousness: delicious, for the fruits or edible carpophores and pleasing to the palate.

Geographic Distribution and Habitat –
Actinidia deliciosa is native to continental and eastern China where it grows spontaneously, especially in the valleys of the Yangtze River (river Azzurro). The plant inhabits the riparian environments of rivers and streams, in damp environments and soils. 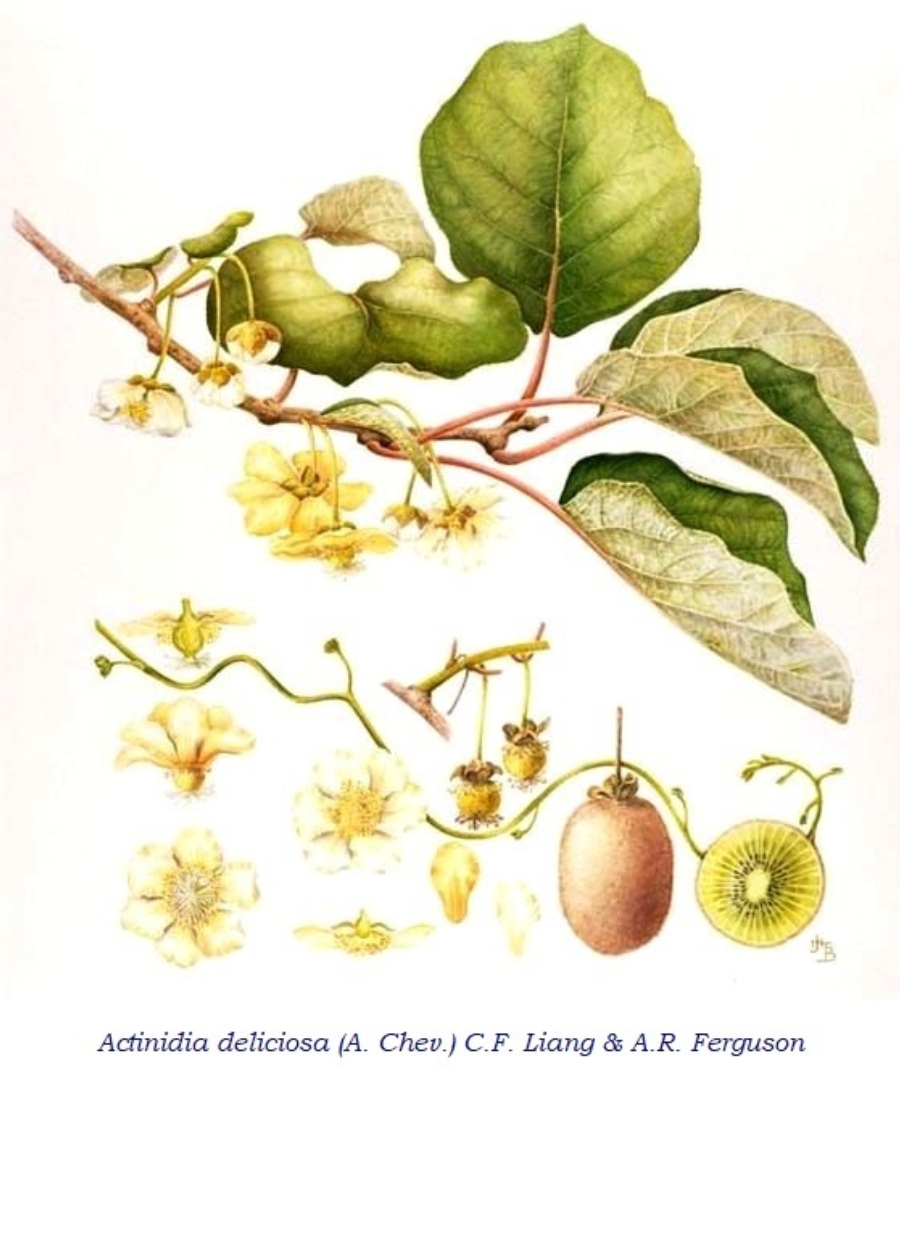 Description –
The Actinidia deliciosa is a lianosa fanerophytes, therefore a woody plant unable to stand alone and consequently with climbing habit. The young leaves are heart-shaped, pointed while at maturity they become rounded, often dorsally convex. The young shoots, the petioles of the leaves and the flowers are bristly and with brown hairs. The older branches are characterized by a rough and warty gray bark, while the young have a grassy consistency. The fruit is an average berry of 8 x 5 cm, from ovoid to oblong, reddish-brown, densely covered with short, stiff, brownish hairs, with green juicy pulp and in the center a white heart (colummella) around which are placed numerous small brownish-black seeds. It is a dioecious plant for which there are plants with only male flowers and plants with only female flowers.

Cultivation –
For the cultivation technique, see the following sheet.

Uses and Traditions –
The first cataloging of Actinidia deliciosa occurs in the fifteenth century by Chiu Huang Pen T’sao. The original Chinese name of the plant is Mihoutao (猕猴桃), while it is called Yang-Tao in Japan. It is necessary to wait until 1845, thanks to the explorations of Robert Fortune in China, so that the western world can get to know this plant. In 1897 the French botanical missionary Father Paul Guillaume Farges, who resided in Sichuan, sent a specimen to the nurseryman Maurice de Vilmorin, while in 1904 some Kiwi clones were imported to New Zealand where selections of some varieties were made. The name Kiwi, however, was adopted in this country, originally intended as “Kiwi fruit” that is the fruit of kiwi, to characterize the fruit as a typical product of New Zealand, with reference to the kiwi, symbol of New Zealand. It is in this country that cultivation spreads and where the two qualities Bruno and Allison are selected in 1920 (the latter from the name of one of its growers). Around 1965 it is imported into the United States where crops are multiplied. In Italy the first plants are planted around Lake Maggiore and then the cultivation extends into other regions.

Preparation Mode –
The fruits of Actinidia deliciosa contain large quantities of vitamins, especially vitamin C, in the proportion of 85 mg per 100 g of edible part, is also higher than that of oranges (50 mg). The fruit is eaten mainly in the fresh state or used in jams, juices or for the preparation of desserts.