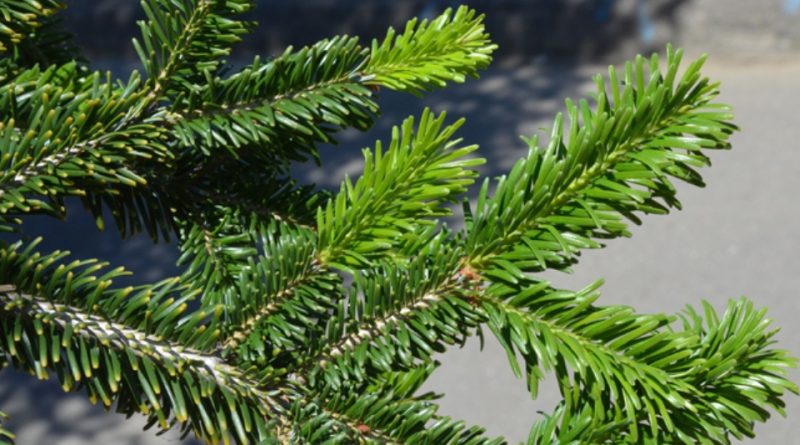 The silver fir (Abies alba Mill., 1759), also known as common spruce, abezzo or avezzo and an arboreal species of the Pinaceae family.

Systematics –
From a systematic point of view it belongs to the Domain Eukaryota, Kingdom Plantae, Suboregno Tracheobionta, Superdivisione Spermatophyta, Division Pinophyta, Class Pinopsida, Order Pinales, Family Pinaceae and then to the Genus Abies and to the Species A.alba.

Etymology –
The etymology of the generic term derives from Abies -tis, classical Latin name (Virgil, Egloghe), in turn derived from the Sanskrit root abh gorgare (of the resin). The specific epithet comes from albus, a, um, for the silver-white color of the bark of young specimens.

Geographic Distribution and Habitat –
The Abies alba is a plant typical of the forests and mountains of the northern hemisphere, finding its ideal climax in areas with average high rainfall and humidity of between 900 and 1800 m. It lives in the mountainous areas of western, central and southern Europe. In Italy, it is frequently found in the Alps, especially in the Alps, and is present in the Apennines in scattered and disjointed nuclei, as far as Calabria, as in Sila, Serra S. Bruno and Aspromonte. 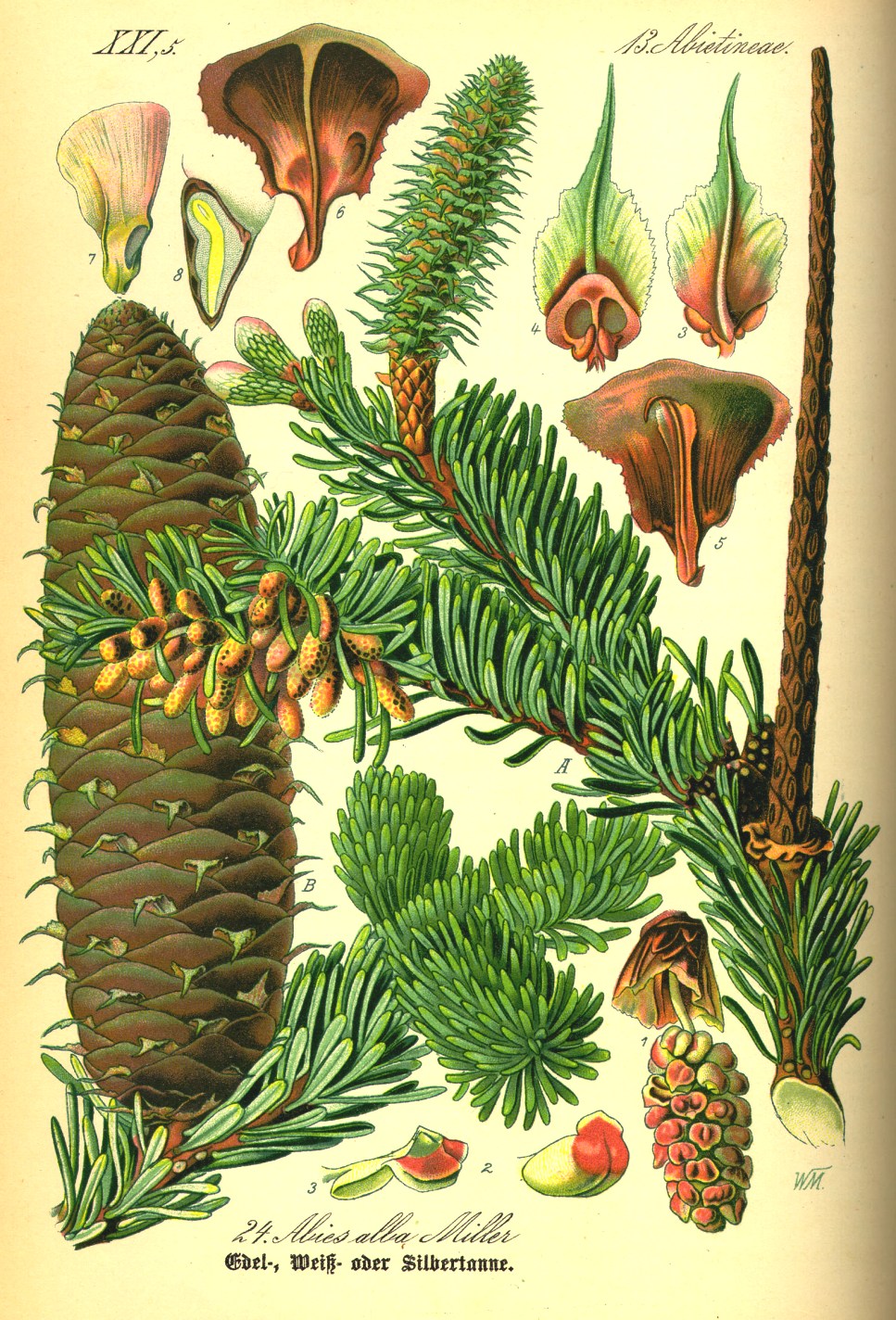 Description –
The white fir is a majestic, slender and long-lived tree, on average 30 meters but that can exceed 50 meters. Because of its majesty it is called “the prince of the woods”. It has a columnar bearing and a conical-pyramidal crown. Characteristic its tip to “stork’s nest”. The trunk is straight, columnar and has a smooth, silver-gray rind that only becomes old and opaque and wrinkled starting from the base. The leaves (needles) are combed flat and up to 3 cm long, have a narrow base and rounded apex; the upper page is dark green, the lower one is light blue. The reproductive structures are represented by lateral, dense, cylindrical, yellow-greenish male cones with purple scales and erect female cones, carried on the tallest branches which have a rich appearance due to the long horizontally protruding bracts.

Cultivation –
The silver fir was widespread in Italy as early as AD 1000. Its cultivation is mainly due to the action of the monks (eg Vallombrosa and Camaldoli), in conjunction with a large demand for beams due to the development of the city .
In the past, the most used government for this plant was the satin cut with artificial renewal delayed with shifts of 100 – 120 years. Today we tend to transform the pure woods in mixed forests with disetaneous structures treated with cuts to very small holes and natural renewal, which in mixed alpine forests with spruce and / or beech is transformed into casual cuts, with interventions every 10 to 15 years. For more information on other characteristics and techniques of cultivation of Abies alba, consult the following sheet.

Uses and Traditions –
The main uses of silver fir are those related to wood, which is light, fairly tender, light in color with reddish veins; less than that of spruce but widely used by paper factories to get cellulose and in woodworking. However, it has advantages over the wood of spruce as its wood does not contain resin, since this is present only in the bark, has a greater resistance and static flow and a superior attitude to impregnation. Compared to spruce, however, it has a greater presence of heartwood with high moisture content, a defect called “heart wet”, and in the presence of so-called “cipollatura”, which consists of a greater exfoliation at the annual growth rings.

Preparation Mode –
However, you can use a bit of everything from fir, like eg. the gems that contain an oil and a glucoside, called piceina, which makes them balsamic, with flaming, anti-rheumatic and diuretic properties. The decoction of joined gems is very useful for treating respiratory problems for antiseptic and expectorant activity.